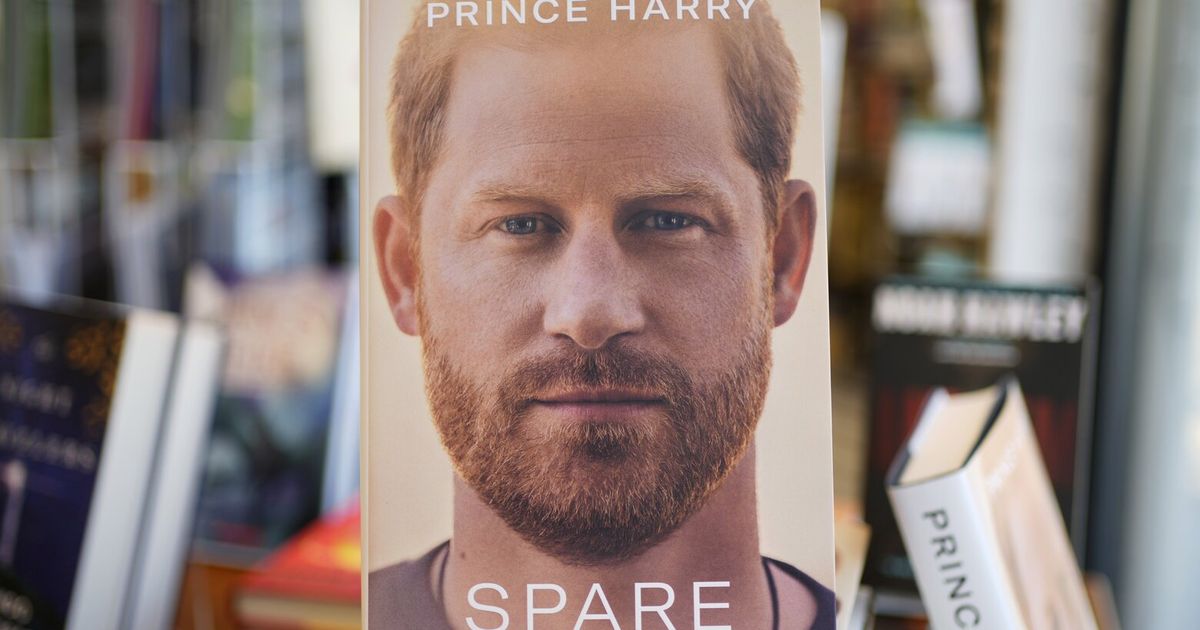 Prince Harry’s memoir, “Spare,” has become a record-breaking success, with first-day sales that exceed some of publishing’s biggest hits, including blockbusters by Barack and Michelle Obama.

“Spare” sold more than 1.43 million copies in all formats in the United States, Canada and Britain, including preorders, according to its publisher. The figure marked the largest first-day sales for any nonfiction book ever published by Penguin Random House, the world’s largest publisher.

The memoir’s strong debut, while extraordinary, wasn’t entirely surprising. An explosive tell-all by a self-exiled prince seemed from the start to be as close to a sure bet as one can get in the fickle publishing business. Sales have been building for months, especially in the days before publication, when the book’s contents started to become public in unintentional leaks and in high-profile interviews.

The magnitude of its sales puts “Spare” among some of the bestselling hardcover books in recent memory. Barack Obama’s “A Promised Land” sold more than 887,000 copies across formats in the United States and Canada on its first day of publication, according to its publisher, Penguin Random House. Michelle Obama’s memoir, “Becoming,” also published by Penguin Random House, sold more than 725,000 units in the U.S. and Canada on its first day, the company said.

Only publishers have access to the complete sales data for their books, including the number of print, audio and e-book copies sold, and they tend to release figures only when they are favorable. NPD BookScan tracks print sales independently, and will report the first week of sales for “Spare” on Jan. 19.

In Britain, “Spare” set a record for first-day sales of a nonfiction book, selling 400,000 copies, including preorders, according to the publisher, Transworld Penguin Random House. Transworld has already ordered an additional 200,000 copies of the book, according to Larry Finlay, its managing director.

“The only books that have sold faster in a day have been about the other Harry, Harry Potter,” Finlay said. “The public appetite is enormous.”

The critical reception of “Spare” has been mixed, with some reviewers praising the prose but questioning whether Harry went too far into airing petty grievances. “The prince claims to have a spotty memory — ‘a defense mechanism, most likely’ — but doesn’t appear to have forgotten a single line ever printed about him and his wife, and the last section of his tell-all degenerates into a tiresome back-and-forth about who’s leaking what and why,” New York Times critic Alexandra Jacobs wrote in her review.

Some critics in Britain wrote about the book in baffled tones, lobbing superlatives that were not always complimentary. A review in The Guardian called it “a flawed attempt to reclaim the narrative” that is “by turns sympathetic and absurd.” A critic writing for the BBC called it “the weirdest book ever written by a royal” and said that it sometimes reads like “the longest angry drunk text ever sent.” In The Independent, a reviewer said the memoir was “richly detailed and at times beautifully written,” adding that “if Harry is going to set fire to his family, he has at least done it with some style.”

By the time the book was released, many of its most incendiary claims had already been picked apart in the press. The week before publication, The Guardian ran an article that detailed a physical confrontation between Prince William and Harry; as Harry describes it in the book, William knocked him to the floor. That same week, copies of “Spare” accidentally went on sale early in Spain and were snatched up by news outlets. Dozens of stories followed from around the world: Harry said in the book that he killed 25 people in Afghanistan. Harry wrote that his brother encouraged him to dress as a Nazi for a costume party. Harry lost his virginity to an older woman in a field behind a bar.

The steady drip of revelations led some observers to question whether the book itself would hold any new information. Rather than dissuading buyers, the news media frenzy that followed each new release appeared to help the book sell.

“We were like, is this going to damage sales, do people think they’ve read the story?” Finlay, Transworld’s managing director, said. “The headline grabbing parts are interesting, but it’s not the most interesting thing about the book. I think all it’s done is stoke the public interest.”

ReaderLink, a major book distributor, said preorders jumped after the article in The Guardian detailing the scuffle between the brothers. Waterstones, a bookstore chain in Britain, saw a surge of in-store reservations after the article, according to James Daunt, who heads the company.

The question becomes whether “Spare” continues to sell briskly, or if interest will fade as the news media storm calms. Before the book’s publication, some in the industry thought interest would peter out after strong initial sales. But DeVito said Barnes & Noble expects the book to be one of the biggest releases of 2023. She added that the “expertise and talent” of the book’s ghostwriter, J.R. Moehringer, would help make the book’s appeal lasting. (In the acknowledgments, Harry calls Moehringer his “collaborator and friend, confessor and sometime sparring partner.”)

ReaderLink, which supplies books to major retailers like Target and Walmart, said it had ordered about 300,000 copies of “Spare.” But rather than shipping all the books out to ReaderLink at once, Penguin Random House held some of them back so they could rush the books directly to stores in case so much of the book leaked that the publishing date had to be moved up.

That threshold was never crossed, however, and the books went on sale as planned, on Tuesday.