Putin ‘leaving Russians to freeze’ after temperatures plunge to -46°C 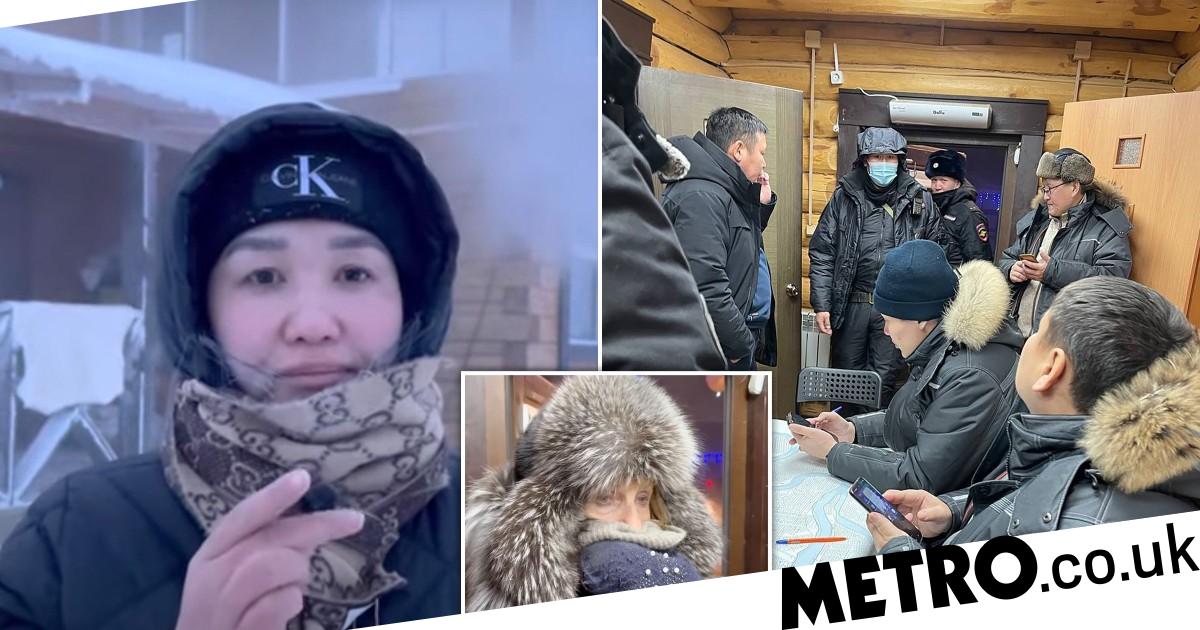 Vladimir Putin has been accused by his own people of letting Russians ‘freeze to death’ amid his war against Ukraine.

The president is pumping countless rubles into military efforts some 10 months after an invasion that many expected would serve a quick Russian victory.

But people in the capital city of the Russian Sakha Republic, Yakutsk, are wondering whether this money could be better spent on Russians themselves.

Over the New Year, temperatures plummeted to a biting -46°C at a time when energy infrastructure remains broken – if it isn’t frozen solid, that is.

One scarf-wrapped person said: ‘Why don’t we have support from the state now?They categorically refused [to help].

‘Among the victims are a lot of mothers with many children who simply cannot cope on their own.’

In the days ahead, the mercury is expected to remain in the low minus 40s, with the warmest being tomorrow at -37°C.

Another said: ‘Pipes are bursting, heating tanks are breaking down, everything is hard frozen.

‘The local authorities were not prepared for this situation at all.’

While a power station that provides vital electricity to 1,200 residents to heat their homes and businesses remains broken.

A resident said their gas boiler had frozen solid, a daunting situation in a town where wintery conditions stretch from October to April.

‘Batteries burst in the apartments of many residents, and sewer pipes froze,’ they said.

Former deputy mayor of Yakutsk Vladimir Fedorov said: ‘This is a man-made disaster.’

It comes as Russia suffered one of the deadliest attacks on the country’s forces since the war began on New Year’s Day.

At least 63 soldiers in the occupied eastern Ukrainian city of Makiivka died after Kyiv launched a convoy of American rockets, though Russian officials claim ‘hundreds’ died.

Montreal’s program to help businesses hurt by construction gets overhaul

Who Are the Republicans Opposing McCarthy’s Speaker Bid?

F-16s would give Ukraine an advantage, but risk escalation | News

Hungary seen as most corrupt country in the EU, study finds – POLITICO