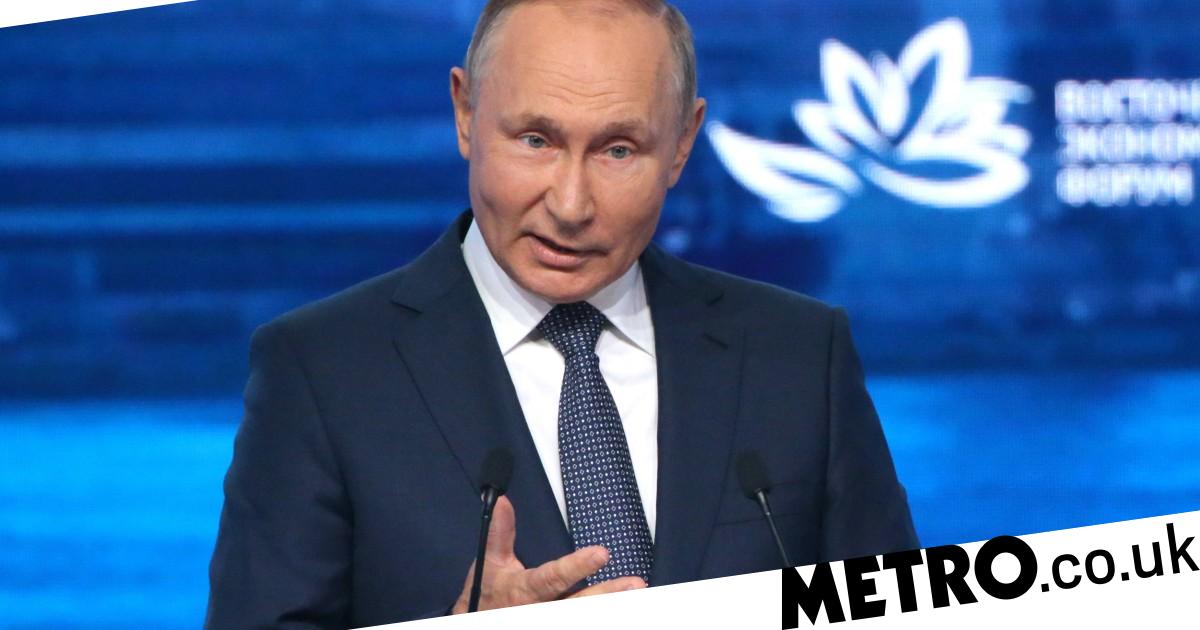 Vladimir Putin has stuck two fingers up to the West’s ‘dumb’ bid to beat Russia with sanctions – and said the war will go on until he achieves his goals in Ukraine.

The president claimed his economy had stabilised, inflation was slowing and unemployment was low.

He added: ‘Russia has resisted the economic, financial and technological aggression of the West.

‘There has been a polarisation in the world and inside the country but I view it as a positive thing.’

He called attempts to cap prices for Russian oil and gas ‘stupid’, and insisted there were enough customers in Asia.

‘Demand is so high on global markets, we won’t have any problem selling it,’ he told an economic forum in Vladivostok.

‘An attempt to limit prices by administrative means is ravings – sheer nonsense.

‘It will only lead to a hike in prices. If they try to implement this dumb decision, it will entail nothing good for those who will make it.

‘Will they make political decisions contradicting contracts? In that case, we will just halt supplies if it contradicts our economic interests.

‘We won’t supply any gas, oil, diesel oil or coal.’

Mr Putin said his goal in sending troops in was to protect civilians in the eastern Donbas region after eight years of fighting between Ukraine and Russian-backed separatists after his 2014 annexation of Crimea.

‘It wasn’t us who started the military action – we are trying to put an end to it,’ he added.

‘Our action has been aimed at helping people living in the Donbas – it’s our duty and we will fulfil it until the end.’

And in a swipe at the US and its allies, he said: ‘The world mustn’t be founded on the diktat of one country that deemed itself the representative of the almighty or even higher and based its policies on its perceived exclusivity.’

He denied using gas supplies as a weapon by suspending its Nord Stream 1 pipeline, blaming sanctions for slowing repairs.

But he claimed Russia was ready to ‘press the button’ on Nord Stream 2 – suspended by Germany.