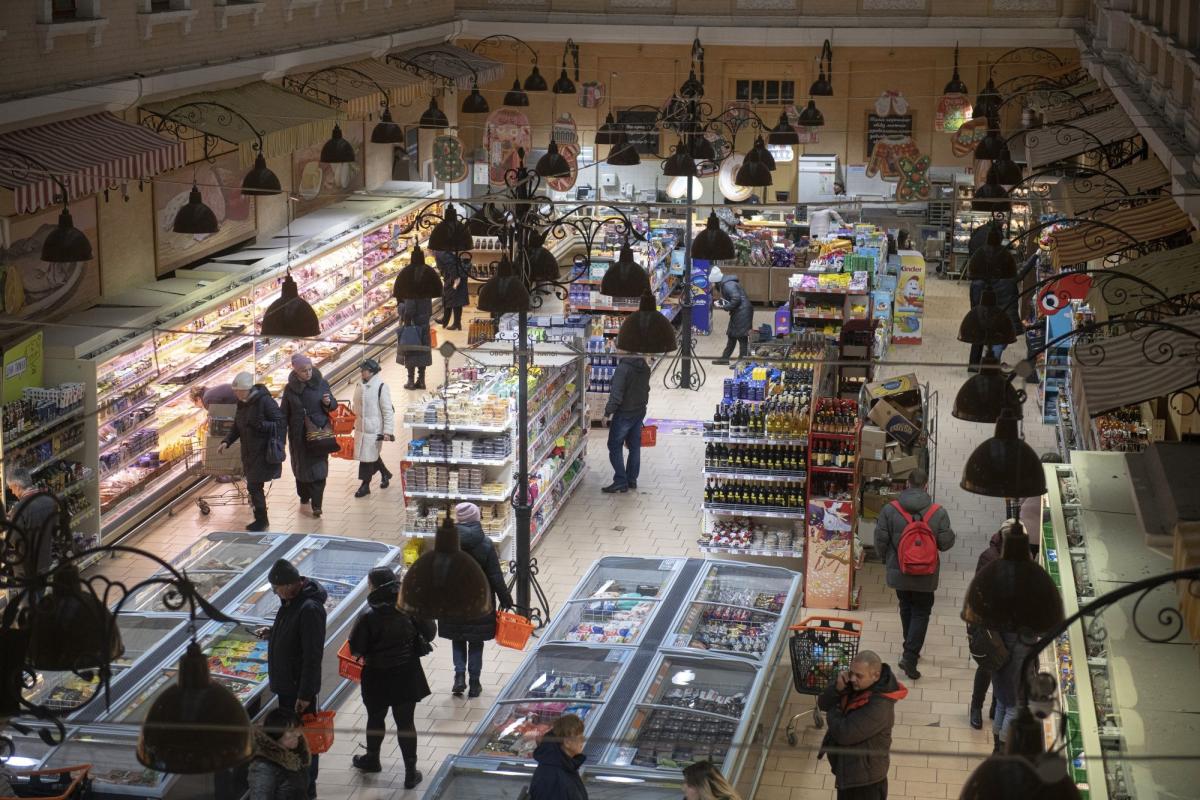 Most Read from Bloomberg

The unilateral cease-fire called by Russian President Vladimir Putin to coincide with the Orthodox Christmas holiday is scheduled to run through Saturday. Kyiv dismissed the offer as a ploy. At least limited fighting continued in eastern Ukraine on Friday. Putin attended a church service at the Kremlin on Friday night.

The Biden administration unveiled its latest, $2.85 billion package of weapons for Ukraine, including powerful offensive equipment that was previously withheld. Republican Kevin McCarthy was elected US House speaker in a deal that could involved cuts to defense spending.

The UK will host a meeting in March focused on alleged war crimes committed by Russian forces during their invasion of Ukraine, with justice ministers from around the world expected to attend.

(See RSAN on the Bloomberg Terminal for the Russian Sanctions Dashboard.)

Ukraine reported one Russian missile strike and 20 salvos from multiple launch rocket systems over the past 24 hours. Kremlin forces continue their bid to gain control over the Donetsk region and capture Bakhmut, shelling dozens of settlements along the front line, Ukraine’s general staff said. Two civilians were killed and seven wounded in Bakhmut and Krasna Hora on Friday. Heading into the brief cease-fire, fighting “continued at a routine level,” the UK defense ministry said in an update. One of the most fiercely contested sectors continues to be around the town of Kremina, in Luhansk Oblast, the UK said. Both sides are likely struggling to accurately adjust artillery fire in the heavily forested terrain.

Putin praised “church organizations” for supporting Russian soldiers taking part in what he called a “special military operation,” without mentioning Ukraine by name in a message for the Orthodox Christmas holiday.

The Russian leader wished Orthodox Christians and other Russians who celebrate the holiday “health, success and all the best” in an address published on the Kremlin website.

Putin attended a service at the Annunciation Cathedral in the Kremlin on Friday night.

Ukraine’s president congratulated Kevin McCarthy after his election as speaker of the US House, saying “we’re counting on your continued support.”

Volodymyr Zelenskiy’s tweet comes amid reports McCarthy’s deal to secure the post after a marathon effort hinges in part on a significant cut to US defense spending that could undermine Biden administration efforts to continue aid to Ukraine.

Justice ministers from around the world will meet in London to discuss how to best support investigations of war crimes arising out of Russia’s invasion of Ukraine, the UK justice ministry said.

Co-hosting the March summit will be UK Deputy Prime Minister Dominic Raab and Dutch Justice Minister Dilan Yesilgoz-Zegerius. The goal is to increase support for the International Criminal Court and “coordinate efforts to ensure it has all it needs to carry out investigations and prosecute those responsible,” according to the statement.

Ukraine’s Prosecutor General’s office said in December that it’s investigating over 5,000 cases of alleged torture or bodily harm by Russian troops during their occupation of Ukraine. Cases of sexual violence, including against children, are also being investigated.

The emerging deal Kevin McCarthy is discussing to make him speaker of the US House could make agreements on new defense spending impossible next year, at a time when the US is intent on backing Ukraine against the Russian invasion and growing more wary of China’s stepped up aggression toward Taiwan.

Part of the agreement being discussed would be to cap fiscal year 2024 discretionary spending across government at 2022 levels, according to three people familiar with the discussions. National defense spending, which primarily funds the Pentagon, was about $782 billion in fiscal 2022 and rose $75 billion to $857 billion in fiscal 2023.

Lawmakers would have to contend with a $130 billion cut to discretionary spending, including a potential $75 billion cut to national security, if not more, as defense hawks want to increase the budget above this year’s levels.

The Biden administration announced a $2.85 billion package of military hardware to Ukraine, supplying the sort of powerful weapons that it had previously withheld.

The package includes 50 Bradley Fighting Vehicles, as previously indicated, but also — for the first time — the Paladin self-propelled howitzer artillery system. The weaponry additionally includes surface-to-air missiles, armored personnel carriers and ammunition. It marks a major step forward in what the US has been willing to give Ukraine.

Ukraine’s foreign-exchange reserves ticked up to $28.5 billion as of Jan. 1, according to preliminary data posted on the Ukrainian National Bank’s website. Reserves increased by 1.9% compared with November, thanks to inflows from “international partners,” the central bank said. The influx exceeded sales by the NBU through interventions to maintain the fixed exchange rate, the statement said.

US House Speaker Deal May Include Defense Spending Cut (6:06 p.m.)

The emerging deal Kevin McCarthy is discussing to make him speaker of the US House would propose a roughly $75 billion cut in defense spending at a time the US is intent on backing Ukraine against the Russian invasion and grows more wary of China’s stepped up aggression toward Taiwan.

The Russian embassy in Berlin condemned Germany’s decision to supply Ukraine with combat vehicles and a Patriot air-defense system, saying the move “will seriously affect German-Russian relations” and calling it “a further step towards escalation of the conflict.”

“It is particularly cynical that this decision was taken shortly before the Orthodox Christmas holiday, which is highly revered in the Christian world, and against the backdrop of the cease-fire unilaterally declared by the Russian president,” the embassy said in a statement on its website.

Germany aims to deliver around 40 combat vehicles and a Patriot air-defense system to Ukraine by the end of March as part of an effort to help the government in Kyiv in the event fighting intensifies in the spring.

Russia said its troops stopped fighting in Ukraine at noon Moscow under President Vladimir Putin’s order of a 36-hour cease-fire for the Orthodox Christmas holiday. Kyiv dismissed the offer as a ploy.

Air-raid sirens sounded across the country shortly after the deadline, Ukraine said.

Russia’s Defense Ministry said its forces had stopped firing across the entire front line but accused Ukraine’s continuing to fight. Earlier, Russian military officials had said they would continue to fight if fired on or if Ukraine’s forces pushed to advance.

Most Read from Bloomberg Businessweek

Putin ‘has moved his war focus to Nato and the West’, says EU official