Putin to meet with Turkey’s Erdogan, a middleman in Ukraine diplomacy 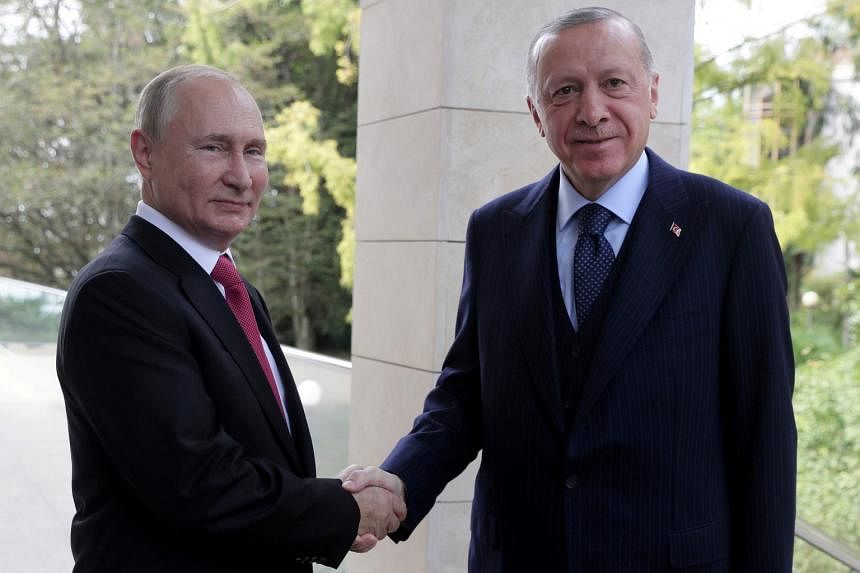 Now he is off to Iran for talks with none other than Putin himself, with President Ebrahim Raisi also in attendance.

As a member of Nato, Turkey is supposedly allied with pro-Europe Ukraine. And a leading Turkish drone manufacturer is proudly selling drones that Ukrainian forces have used to blow up Russian tanks.

But still, Mr Erdogan has gotten closer to Mr Putin in recent years and has kept lines to the Russian leader open, serving as a mediator between him and President Volodymyr Zelensky of Ukraine and pushing for talks aimed at allowing grain from Ukraine to pass Russia’s blockade to ease global food shortages.

Throughout his tenure at the helm of the Turkish state, Mr Erdogan has used a complex web of relationships with several countries to make Turkey a player, serving as a go-between for nations in conflict or playing off foes against each other for his own benefit.

While Nato’s other members may view Turkey as a sometimes problematic member of the alliance, its membership gives Turkey added weight when dealing with countries like Russia and Iran.

Conversely, Mr Erdogan uses his wide array of outside relationships for leverage against Nato, said Dr Karabekir Akkoyunlu, a lecturer in Middle East politics the School of Oriental and African Studies at the University of London.

“This is part balancing, manoeuvring, double game,” Dr Akkoyunlu said. “You can put a positive spin or a negative spin on it, but that’s been the sort of trademark of Erdogan’s foreign policy.”

Despite Turkey’s difference with Russia over Ukraine, the two countries have other issues to discuss.

All of their countries are militarily active in the war in Syria, for example, albeit on different sides.

Russia and Iran both came to the aid of President Bashar Assad, while Turkey supported the rebels seeking to oust him and now controls a large swath of territory inside Syria along the Turkish border, and wants to take more.

Mr Erdogan has been talking for months about launching a new military incursion into northeastern Syria to flush out Kurdish militiamen Turkey considers terrorists.

But Russia also has troops in the area, so the operation is unlikely to go ahead unless Turkey can work it out with Russia.