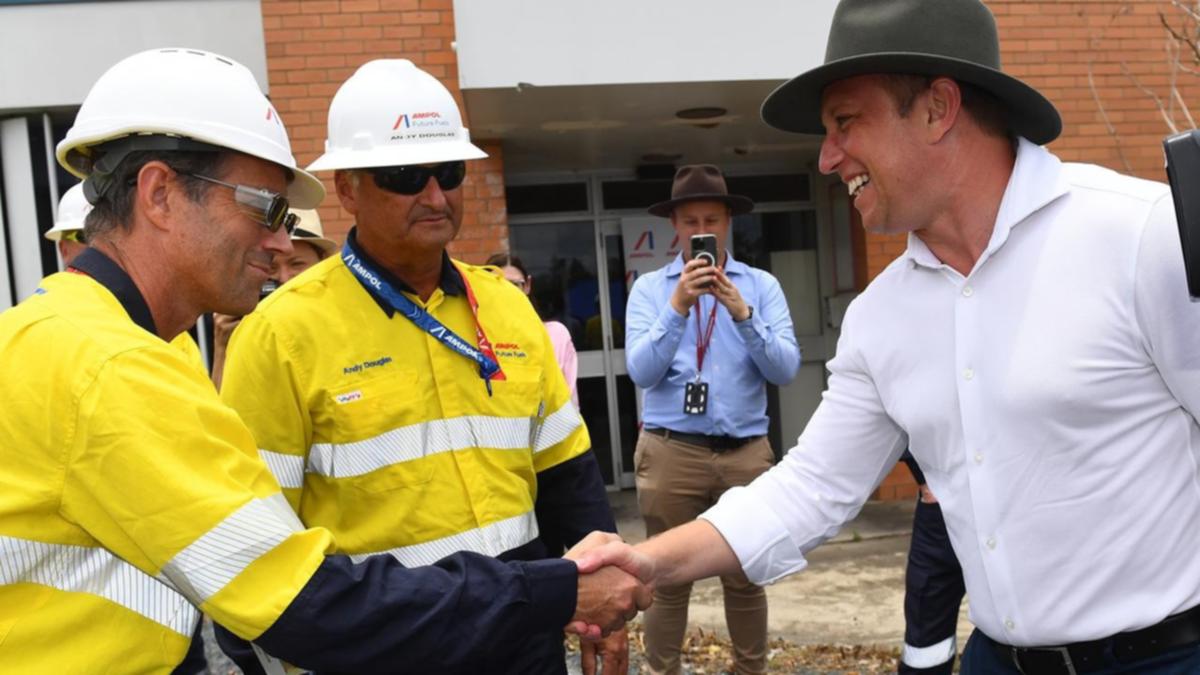 Queensland will fast-track approvals for Ampol to upgrade one of the two remaining oil refineries in the nation within two years.

Acting Premier Steven Miles has called in the ASX-listed fossil fuel producer’s application to upgrade its ageing Brisbane plant to produce low-sulphur petrol by the end 2024 when that becomes mandatory under federal law.

The federal government is in talks over a taxpayer-funded grant for Ampol to upgrade its refinery, which along with Viva Energy’s Brisbane facility it considers as strategically important.

The state government’s move to call-in the project will speed up the approvals process to allow the company to break ground sooner.

“This is one of only two refineries in the country, it’s critical to fuel security for Queensland and for the entire nation,” Mr Miles said.

“This project will allow Ampol to deliver to Queensland businesses and consumers cleaner lower emissions fuel, it will safeguard the 850 jobs here directly employed and contractors, as well as create 300 additional jobs (in the construction phase).”

Ampol executive general manager Andrew Brewer welcomed the state government’s support for speeding up approvals for a project that will effectively extend the life of the 58-year-old refinery.

“We’re looking to see effectively ultra-low sulphur gasoline product come on time … for the Australian market by the end of 2024,” he told reporters.

“So it’s an aggressive project schedule and we’re looking to work hard on it.”

Australian oil refineries have posted years of losses as they struggle to compete against larger Asian rivals and decarbonisation policies put them under further pressure.

However, supply disruptions caused by the pandemic and soaring fuel prices last year raised concerns about Australia’s long-term fuel security and spurred the former Morrison government to consider other means of propping up refineries.

The former government agreed to offer Ampol and Viva grants of $125 million each to upgrade their refineries by the end of 2024, which are being renegotiated by the Albanese government.

Massachusetts museum scene amps up for 2023

India will grow 6.5% this year but CAD is expected to widen: All you need to know…