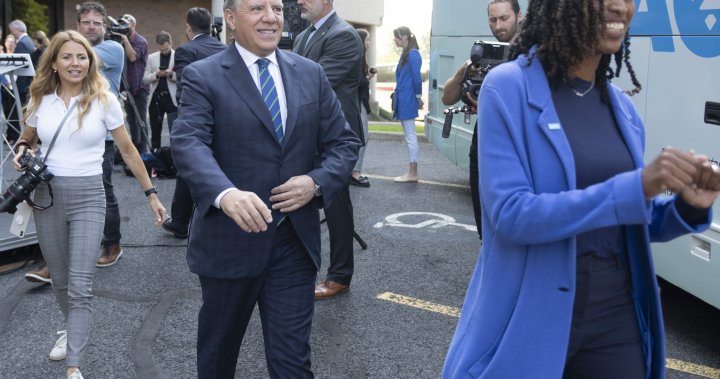 Coalition Avenir Québec Leader François Legault has apologized after linking immigration with extremism and violence while on the provincial election campaign trail.

His remarks came when he was speaking to reporters in Victoriaville about what he described as the “challenges of integration” in Quebec and elsewhere on the 11th day of the election campaign Wednesday. Legault said the “type of society we want,” the “values” of that society and “respect” have to be considered when welcoming newcomers.

“We have to ensure that we keep it the way it is right now.”

Legault quickly came under fire for his remarks by other provincial party leaders. Quebec Liberal Leader Dominique Anglade accused him of trying to divide Quebecers.

“If you make a link between violence and immigration, I don’t think that sends a very good message,” she told reporters in Laval.  “It’s an extremely dangerous conflation.”

The CAQ leader later backtracked on his comments and apologized on social media a few hours later, saying that immigration is an asset to Quebec.

“Integration will always be a challenge for a French-speaking nation in North America,” Legault wrote on Twitter. “I did not want to link immigration with violence. I’m sorry if my words were confusing. My desire is to unite.”

“I think François Legault underestimates the impact his words have on people’s lives. In politics, our words have consequences on the real world,” he wrote.

Earlier this week, Legault said he would maintain immigration targets around 50,000 per year if he is re-elected on Oct.3, which he said best matches the province’s “integration capacity.” The CAQ leader believes that cap will also allow his government to safeguard the French language.