Queen Elizabeth health: Meghan absent as Harry, other family members rush to be with Queen 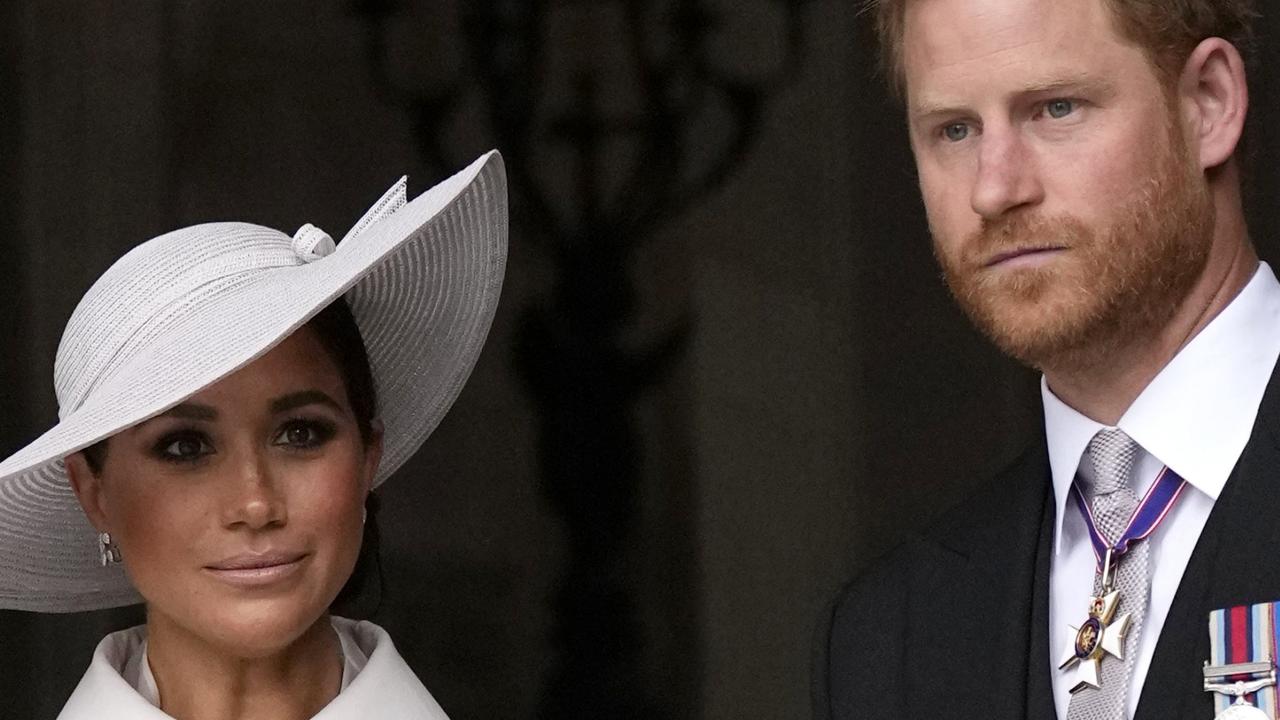 Contrary to initial reports, the Duchess of Sussex is not among the royal family members making their way to Balmoral Castle in Scotland to be by Queen Elizabeth’s side amid fears about her health.

Prince Charles, Prince William, Prince Harry and other close family members are all either at Balmoral or are en route, after the news that the Queen is under “medical supervision”.

In a statement released on Thursday night, Australian time, Buckingham Palace said the Queen’s doctors were “concerned for Her Majesty’s health” and had recommended that she “remain under medical supervision”.

“The Queen remains comfortable and at Balmoral,” the palace said.

EXPLAINER: What happens when the Queen dies?

Shortly afterwards, the BBC reported that the Prince of Wales and Duke of Cambridge were both heading to Balmoral to be by the Queen’s side.

It was later reported that Princess Anne, Prince Edward, Prince Andrew and Prince Harry were en route as well.

While initial reports indicated Meghan Markle would accompany her husband, they were later corrected by the couple’s spokesman.

“They have concluded that this isn’t really a moment for Meghan to be there with other close members of the family,” BBC correspondent Nicholas Witchell speculated.

“Undoubtedly people will speculate about that.

Prince William’s wife, Kate Middleton, is also not travelling to Balmoral, as Princess Charlotte and Prince Louis had their first fool day at school on Thursday.

At about 1am, AEST, a plane touched down at Aberdeen Airport carrying several members of the family, including William.

LIVE COVERAGE: Follow our blog on this developing story

“The whole country will be deeply concerned by the news from Buckingham Palace,” the new British Prime Minister, Liz Truss, said.

“My thoughts, and the thoughts of people across our United Kingdom, are with Her Majesty and her family at this time.”

Opposition Leader Keir Starmer said he, too, was “deeply worried”.“My thoughts are with Her Majesty the Queen and her family at this time, and I join everyone across the United Kingdom in hoping for her recovery,” Sir Keir said.

Meanwhile Commons Speaker Sir Lindsay Hoyle interrupted a speech during the energy debate to update MPs about the Queen’s health. “I know I speak on behalf of the entire House when I say that we send our best wishes to Her Majesty the Queen and that she and the royal family are in our thoughts and prayers at this moment,” he said.

The announcement from the palace came one day after the Queen postponed a scheduled Privy Council meeting after her doctors ordered her to rest.

The meeting would have seen Ms Truss take her oath as First Lord of the Treasury, and new cabinet ministers sworn into their roles.

The Queen appointed Ms Truss as Prime Minister at Balmoral on Tuesday, instead of travelling to London for the event. It was the first time in her 70-year reign that the ceremonial transfer of power was held at Balmoral.

She had been suffering from ongoing mobility issues and increasingly handed over duties to her heir, Prince Charles, and other members of the royal family in recent months.

No. 22 Ole Miss turns to Altmyer against Central Arkansas