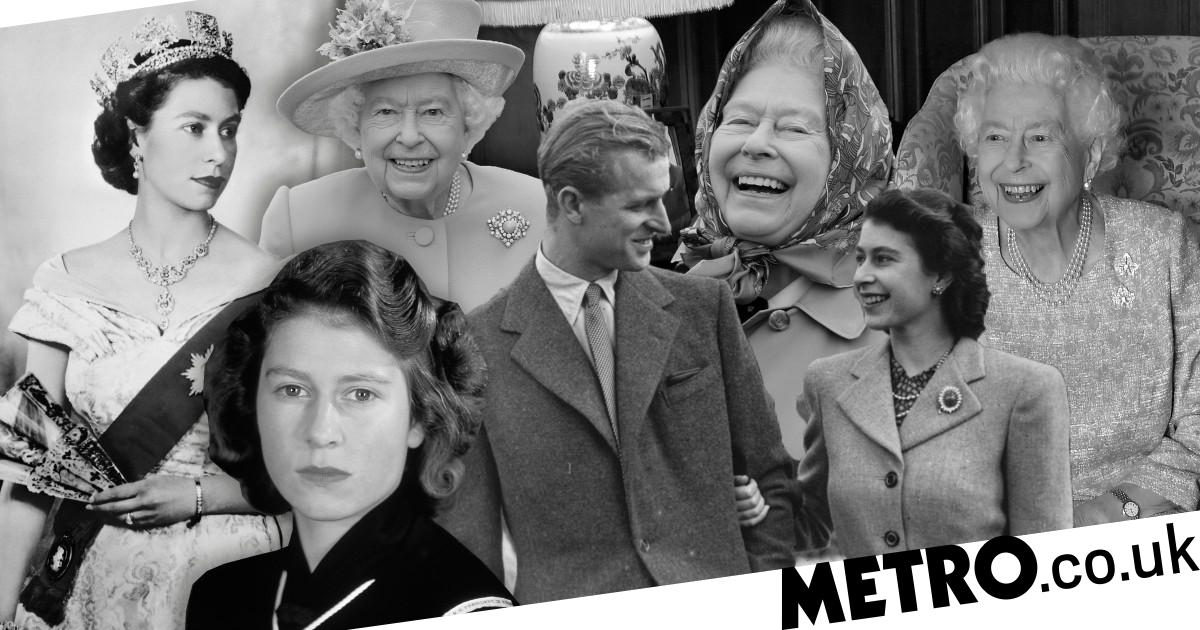 In the lead-up to Queen Elizabeth II’s death, when the nation watched and waited with bated breath for updates on how the Queen was doing, a friend, who is fairly ambivalent about the monarchy, texted the group chat saying that they’re ‘no royalist by any means’, but they still found the whole thing ‘very very sad.’

Another replied in agreement, saying: ‘I actually think I would shed a tear.

‘She represents the past, and when the future looks this bleak… it’s going to be a step towards darker days.’

Indeed, I’ve found similar sentiments have been shared in multiple corners of my social circle, with a decent number of pals expressing frank surprise that they’re taking the loss of the Queen so hard.

In fact, one of my friends who never expected to feel remotely as strongly about the Queen raced to Buckingham Palace in the rain upon hearing the news, just to pay his respects.

The intensity of emotions will be a bit of a shock to many.

She died at the age of 96 at her home in Balmoral, with her son, the now King Charles, and daughter Princess Anne by her side.

He tells Metro.co.uk: ‘It would be surprising if one didn’t have complex and maybe difficult feelings at times.’

‘We are all likely to feel something at the passing of the Queen as she has been at the heart of British culture and life for a long time,’ he adds.

‘There is no avoiding that the Queen’s death will have a tremendous impact on the fabric of British culture.’

Counselling Directory member Dee Johnson says that, even though we didn’t know her personally, The Queen was very much in our private lives – on our TVs and radios, and in our newspapers – and that kind of link ‘makes it totally understandable’ for you to be upset.

‘The shock of a sudden loss of a public figure resonates with us as it’s a stark reminder of our vulnerability and the fragility of life,’ she says, ‘and when it’s a public figure we can have a perception they are always and may always be around.

‘Sudden loss is not just about shock, but confusion, feelings of unfairness, anger, fear and heartache.’

‘It’s not foolish to be really distressed and derailed by the loss of a public figure,’ she adds. ‘No one else can tell you how you felt about that person – it’s pertinent and real for you.’

When it comes to the deaths of those in the public eye, Noel says there are both metaphorical and existential elements to unpack.

‘It is impossible to simply see the passing of the Queen as that of a private individual,’ he tells us. ‘It’s not possible really to experience her death in those terms.

‘It can only be experienced by the majority of us in terms of the larger associations and memories we have about her role in our lives.’

He uses Captain Sir Tom Moore as an example, explaining, ‘His passing was for many the passing of that era, the world war generation, and the Queen is also part of that and that generation is almost gone.

‘Also, with the pandemic, all of us that have older relatives have been confronted with their mortality and the fact that we will lose them one day.’

Counselling Directory member Shelley Treacher says part of what makes grief so difficult is the fact that it’s not often spoken about.

‘In our culture, we don’t know how to grieve,’ she adds, ‘but it’s natural and normal to feel pain when someone we love dies.’

She also tells us that part of why this might be hitting us harder than we’d have expected is the fact that we’ve been living through a particularly turbulent time.

‘Any death may remind us of our personal losses,’ she explains, ‘but, there have been so many in the last couple of years.

‘With the death of our beloved Queen, we may feel we have permission to grieve all of our losses more openly, and as a community. This can be incredibly healing.’

If you are feeling sad about the loss of The Queen, whether you expected to or not, Noel says it’s important to not judge yourself or assume that yours is somehow the wrong kind of grief.

‘Many people will say they don’t have the right to feel loss at the death of, say, a partners’ loved one,’ Noel goes on, ‘but loss is felt because we have lost the relationship that was important to us.

‘Many people have important relationships to the Queen, which have nothing to do with having a personal relationship with her.’

So what can you do to feel better if you feel you’ve been hit surprisingly hard by what’s happened?

Noel says the most important part of processing grief is sharing it.

‘With public figures in general and with this one in particular,’ he explains, ‘there will be many opportunities to express your loss at public events.

‘Books of condolence for example will be opened all over the world in all likelihood. There will be public moments of silence and events organised all over the four nations – I’d advise attending these.’

Dee agrees, saying: ‘It’s a caring human response to grieve collectively, feel the emptiness and share it with others – it’s a sign of our humanity.

‘This will be the topic of public and private conversations, top of the media feeds, so it’ll be hard to avoid, but being able to allow yourself to process your sadness is uncomfortable but healthy.’

Noel says it’s also important to find a way to grieve that works for you on a personal level.

‘What did this person mean to you, and what did they represent?’ he asks. ‘For Diana, it became the Candle In The Wind song by Elton John.

‘Is there a song, an event, a memory that is cherished by you? Can you remember that and take time to share it in a way that, for you, honours the person?’

‘This is a tender time, and it will bring up pain for all of us. Let’s hold it together.’


MORE : From young ‘Lilibet’ to Her Royal Highness – how Queen Elizabeth II became the ‘ultimate feminist’


MORE : What happens next following the death of the Queen