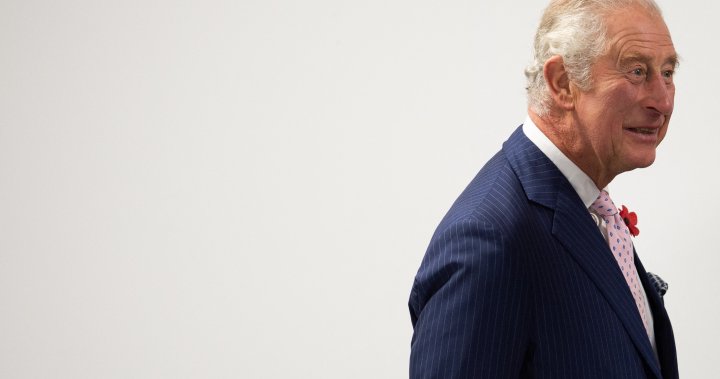 The queen is dead, long live the king.

Buckingham Palace announced that Queen Elizabeth II died on Sept. 8, 2022, marking the end of a 70-year reign spanning from 1952. She ruled through decolonization movements around the world, the collapse of the marriage of her eldest son, Charles, and the late Princess Diana, the harrowing COVID-19 pandemic and so much more.

Her death means Charles is now the reigning monarch, and he will be known as King Charles III.

But he has not yet been crowned, and there’s a process to what happens next. Here’s how it works.

Is Charles automatically the King?

According to the Royal Family website, the heir succeeds to the throne “as soon as his or her predecessor dies.” Their right to inherit the throne kicks in automatically, effectively — but a few things still have to happen as part of the process of formalizing their taking on the powers of that role.

First, a body known as the Accession Council gathers at St. James’s Palace, typically within 24 hours of the death of the monarch.

This council is made up of all the members of the Privy Council, as well as Great Officers of State, the Lord Mayor and aldermen of the City of London, high commissioners and some senior civil servants, according to the U.K.’s Privy Council Office.

Canada’s current high commissioner is former Liberal cabinet minister and longtime MP Ralph Goodale, who was appointed to the role in April 2021.

Once those people are gathered and a proclamation has been issued that declares Charles as the King, he will read out a declaration and also take an oath known as the “accession declaration.”

This is the oath in which British monarchs swear that they are Protestant — a key requirement for the throne of the British royals since the Act of Settlement in 1701. It will read:

“I, Charles, do solemnly and sincerely in the presence of God profess, testify, and declare that I am a faithful Protestant, and that I will, according to the true intent of the enactments which secure the Protestant succession to the Throne of my Realm, uphold and maintain the said enactments to the best of my powers according to law.”

LIVE: Queen Elizabeth II has died. Here’s what we know

The requirement for British kings and queens to be Protestant came as a result of the civil turmoil and religious tumult in the United Kingdom following King Henry VIII’s split from Rome in 1533.

He broke away from the Roman Catholic Church and made himself head of the Church of England, but in the century and a half that followed, the country swung back and forth under queens and kings who favoured the old faith or the new one, leading to political and social unrest.

The Act of Settlement declared in 1701 put the matter to rest by declaring that all British kings and queens must be Protestant, which has been upheld ever since.

According to the Royal Family website, that oath is normally made in Parliament and does not take place immediately — in the case of Queen Elizabeth II, her accession declaration took place nine months after she was proclaimed queen, following the death of her father.

While King George VI died on Feb. 6, 1952, the new queen was proclaimed over the following days by the member states of the Commonwealth.

In Canada, that happened the very same day via a proclamation from the Queen’s Privy Council of Canada that was read out in both English and French at Rideau Hall. In Australia and New Zealand, their governors general read out their respective proclamations on Feb. 7 and 11, respectively.

The first reading of the proclamation, however, is always made in London at St. James’s Palace.

What about a coronation?

While the passing of the throne to Charles is automatic, the actual public ceremony of the coronation — or crowning — of a new sovereign traditionally does not take place right away.

The death of Queen Elizabeth, as has been the case with other British monarchs, will kick off a period of official mourning that will last 12 days, after which there generally remains a sombre period with a serious national mood. Coronation ceremonies typically do not take place until after this period ends, often following a time period of “some months,” according to the Royal Family.

2:51
Reflecting on the impact of Queen Elizabeth II as she marks 70 years on the throne

Reflecting on the impact of Queen Elizabeth II as she marks 70 years on the throne – Jun 5, 2022

In the case of Queen Elizabeth II, although she became queen on Feb. 6, 1952, she was not actually crowned until June 1953 — both out of respect, and because of the time-intensive planning process that goes into organizing a coronation ceremony.

They typically take many months to plan, but have taken place at Westminster Abbey in London ever since the Norman Conquest in 1066.

During the coronation, monarchs sit in St. Edward’s Chair, which was crafted in 1300.

St. Edward’s Crown is then placed on the monarch’s head. It’s made of solid gold, weighs more than four pounds and dates from 1661.

The final pieces of regalia will be the orb, “a globe of gold surrounded by a cross girdled by a band of diamonds, emeralds, rubies, sapphire and pearls with a large amethyst at the summit,” as well as the coronation ring, known as “the wedding ring of England.”

As the Royal Family notes, the ceremony of coronation “has remained essentially the same over a thousand years.”

When the feminist Queen took the Saudi prince for a drive

Stone of Destiny: hundreds back petition calling for it to stay in Scotland