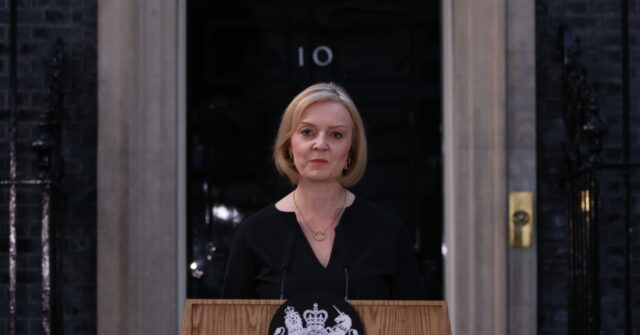 In a statement made in the wake of Queen Elizabeth II’s passing, newly appointed Prime Minister Liz Truss described Queen Elizabeth II as having been “the very spirit of Great Britain”, insisting that such a spirit will “endure”.

Prime Minister Liz Truss has described the late Queen Elizabeth II as being “the very spirit of Britain” in a speech delivered late on Thursday, insisting that such a spirit “will endure” in the country as it enters a “new era”.

In the short speech delivered in front of No. 10 Downing Street, the Prime Minister also appeared to have revealed that Britain’s new monarch will be known as King Charles III.

During the roughly three-minute statement, Truss described news of the Queen’s passing as a “huge shock to the nation, and the world”, and that the late monarch was “the rock on which modern Britain was built.”

Prime Minister Liz Truss has said the death of the Queen was a ‘huge shock to the nation and the world’. She ended her statement by saying ‘God save The King’ https://t.co/tWZJsfugBt pic.twitter.com/Pb4WCY1Zrc

However, the premier also insisted that Britain will nevertheless continue to go on after the passing of its longest-reigning monarch.

“She was the very spirit of Great Britain, and that spirit will endure,” Truss said. “It is a day of great loss, but Queen Elizabeth II leaves a great legacy.”

The Prime Minister also said that Queen Elizabeth II had served as a “personal inspiration for her”, and that the “devotion to duty” she showed during her time as monarch should be seen as “an example to us all”.

Truss then moved on to the topic of Britain’s new monarch, who she appeared to reveal will be known as King Charles III.

While hitherto known as Prince Charles, British monarchs do not always rule under the name they were known as before ascending the throne.

“Today the crown passes — as it has done for more than a thousand years — to our new monarch, our new head of state, His Majesty King Charles III,” Truss said.

“With the King’s family, we mourn the loss of his mother, and as we mourn, we must come together as a people to support him, to help him bear the awesome responsibility that he now carries for us all,” she continued. “We offer him our loyalty, and devotion, just as his mother devoted so much, to so many, for so long.”

“And with the passing of the second Elizabethan age, we usher in a new era, in the magnificent history of our great country, exactly as her majesty would have wished, by saying the words: God save the King.”

After a miserable ending to 2021, Ravens and QB Lamar Jackson prepare to begin a pivotal season – Boston Herald

Colorado treasurer’s race may be best pickup for…