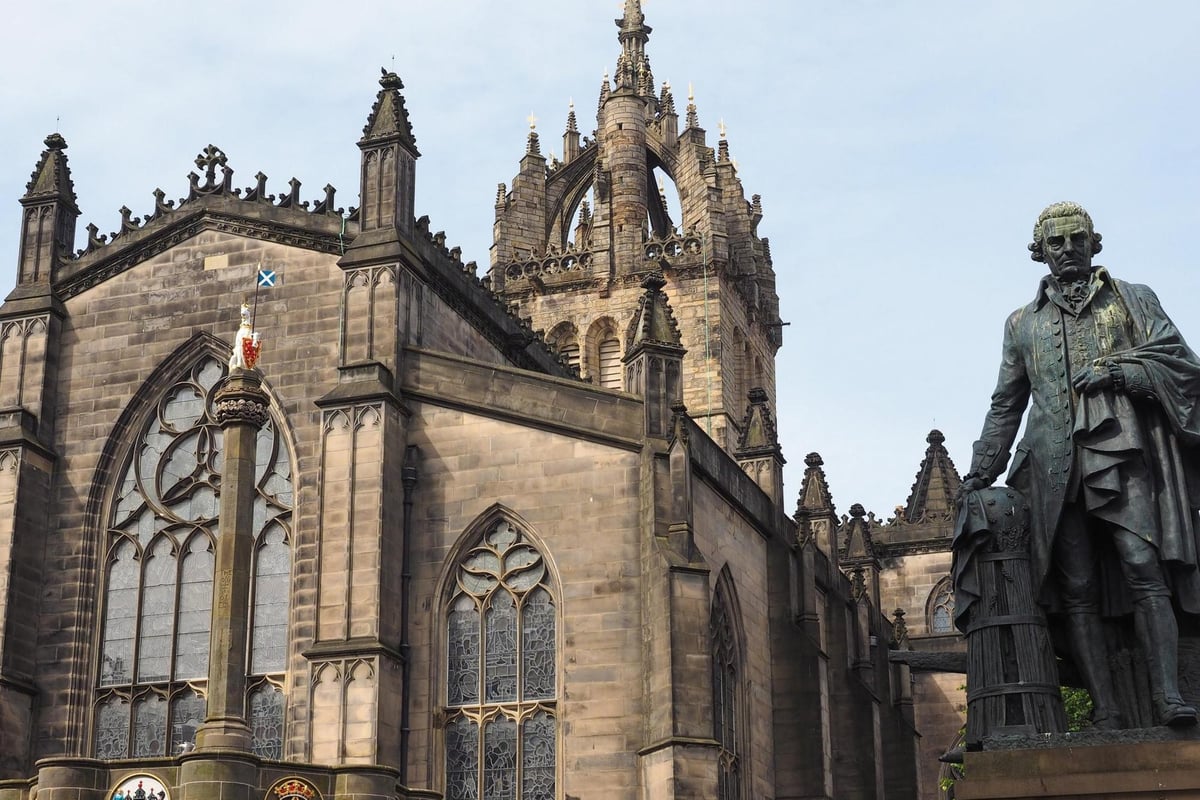 Following Her Majesty’s death, her body shall be transported to London from Scotland via royal train.

If a train is unavailable, however, the monarch’s body will be transported to London by plane.

King David I founded St Giles’ in 1124, it is a parish church in the Old Town of Edinburgh where the Queen’s body will lie in state prior to being moved to London.

As the country enters a state of national mourning, many will be pleased to know they can pay their respects to the Queen in Scotland as her coffin is expected to rest in the capital city, Edinburgh.

Where will the Queen’s body lie in state?

Lying in state is common practice for high-ranking political figures like sovereigns, Prime Ministers, or royal family members, where their closed coffin is left on display for public visits.

As the Queen passed away in Balmoral in Scotland, her coffin will lie in state in both Edinburgh and London.

The church is located at the halfway point between the Palace of Holyroodhouse and Edinburgh Castle, on the city’s famous Royal Mile.

When will the Queen’s body arrive in Edinburgh?

According to The Scottish Daily Express, the Queen’s body will be moved on Sunday, 11 September, where it will be taken from Balmoral to Edinburgh via car.

Afterwards, ceremonial events are expected to take place the following Monday, 12 September, for a procession on the Royal Mile.

On Monday, more members of the Royal Family should arrive at St Giles’ Cathedral where a service will take place commemorating the Queen, who will remain in the cathedral for 24 hours.

What will the Royal Family do in Edinburgh?

Members of the royal family will reportedly arrive in Edinburgh shortly as they prepare to hold a ‘Scots vigil’ around the Queen’s coffin at St Giles’ Cathedral.

The Queen’s children will stage a vigil known as ‘the Vigil of the Princes’ around the Queen’s coffin as it lies in state in the cathedral.

When will the Queen’s body be moved to London?

On Tuesday, 13 September, the Queen’s body will return to London.

Her transfer, which is detailed in ‘Operation London Bridge’ (a series of documents shared by political news outlet Politico) suggests she will be moved via the royal train, however a plane may be used instead.

After the coffin is moved to Buckingham Palace, Her Majesty will lie in state for a further period for public visits, before her state funeral.

Where will the Queen’s funeral be held?

Britain’s longest-reigning monarch will have her state funeral at Westminster Abbey.

Her coffin shall be borne from Westminster Hall in a procession en-route to the abbey.

Then, the UK will hold a two-minute silence to pay their respects.

After an hour-long service, a ceremonial procession will see the coffin brought to Hyde Park, where it will be brought to Windsor.

At St George’s Chapel, Windsor Castle, her Majesty’s coffin will finally be lowered into the royal vault.

While an official date is yet to be confirmed, it is thought the funeral will be held on Monday, 19 September.

Here’s a look at population trends in the U.S., California by 2060