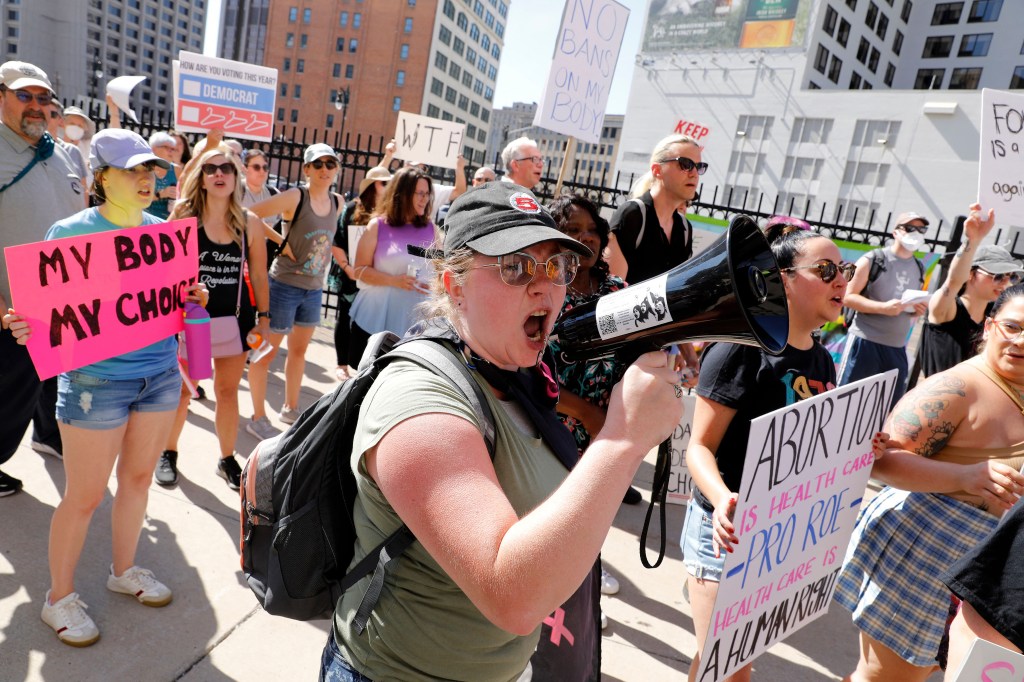 They called it “massive resistance.”

That, some of you may recall, was what Virginia dubbed its campaign of defiance of Brown v. Board of Education, the 1954 Supreme Court ruling that outlawed school segregation. The Virginia crusade was just part of a drive by conservatives all over the South to blunt the effect of that decision.

It’s a noxious bit of history that, paradoxically, may carry a seed of hope for advocates of reproductive rights in the wake of the Supreme Court ruling that overturned Roe v. Wade. It reminds us that, though the Court is considered the final arbiter of national disputes, there have been times it was anything but.

Brown v. Board is the most obvious, albeit notorious, example. By means both subtle and overt, conservative voters and lawmakers have spent almost 70 years defying that decision, with the result that, according to a 2020 report from the Civil Rights Project at UCLA, “School segregation is now more severe than in the late 1960s.”

In a similar sense, we’ve discovered, in the weeks since the court struck down Roe, that it unsettled more than it settled. Consider last week’s news that a 10-year-old rape victim — her name has not been released — had to flee across state lines from Ohio to Indiana to have her pregnancy terminated. This, because the law in her home state would not permit the procedure. Many conservative lawmakers, increasingly indistinguishable from 17th-century Puritans and Iranian ayatollahs in their moral precepts, consider it “pro-life” to force a 10-year-old girl to give birth.

And yet when the news broke, the radical right (pretty much the only right there is in this country just now) seemed utterly unprepared to respond, much less explain or defend. Forced to face the consequences of their hardline zealotry, many resorted to denial and deflection.

South Dakota Gov. Kristi Noem said, “It looks like the story was fake to begin with.”

Tucker Carlson, of Fox “News,” said, “Politicians are lying about this.”

Ohio Attorney General Dave Yost and Rep. Brian Stewart suggested the story was a hoax. Ohio Rep. Jim Jordan tweeted that it was “another lie.”

When that “lie” led to the arrest of the alleged rapist, Jordan deleted his tweet, then claimed on CNN that he never doubted the story. Meantime, the doctor who performed the procedure reports that some in the “pro-life” crowd are threatening to kill her.

Again, the court seems less to have settled the issue than to have broken it wide open.

It’s not just a 10-year-old girl fleeing across state lines for an abortion like some perverse new version of the Underground Railroad. It’s the fact that some legislators are pondering laws to criminalize such flights — to restrict women’s right to travel. It’s the fact that a Texas woman told CNN a few days ago that she was forced to carry a dead fetus to term — endangering both her health and her future ability to have children — because no doctor would perform an abortion.

Putting it mildly, these are not stories likely to increase public support for the court’s judicial overreach. And we will see many more before this is done. This is just the beginning.

They will be fuel for structures of defiance and civil disobedience that even now are taking shape all over the country. One doctor is even talking about setting up an “abortion boat” in federal waters off the Gulf of Mexico. So one suspects the right may soon learn the truth of that axiom about being careful what you wish for.

Why is there a pilot shortage? It wasn’t just the COVID-19 pandemic