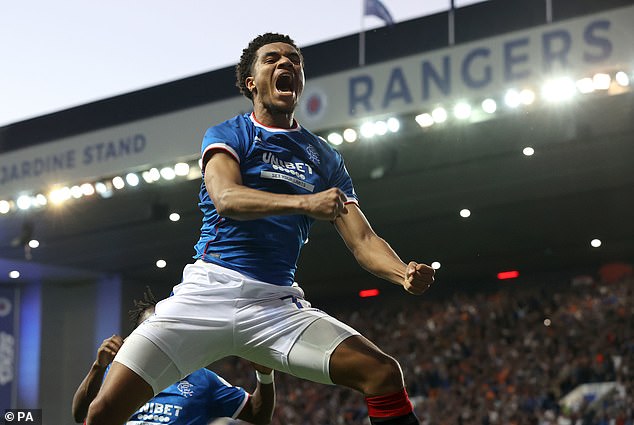 Never before had Rangers overcome a two-goal first leg defeat to progress in a UEFA competition. On another pulsating European night at Ibrox Malik Tillman’s first goal for the club came with both immaculate timing and a slice of history.

The last time Celtic and Rangers reached the group stages of the Champions League was season 2007-08. After a lacklustre 2-0 first leg defeat in Leuven it looked unlikely to happen this season either. Perhaps by now, people should know better. With the second leg at Ibrox nothing is impossible.

Last season Rangers lost first legs against Braga and RB Leipzig before the atmosphere of their rocking home arena swept both teams aside like a coastal storm. 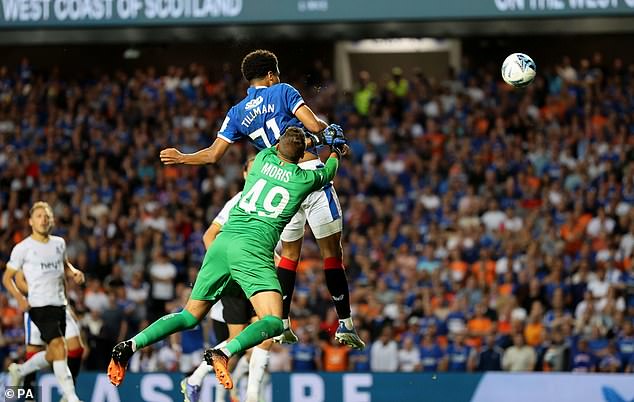 Those who wondered how Union Saint-Gilloise would stand up to the examination had their answer when Bayern Munich loan star sneaked in ahead of ponderous keeper Anthony Moris to make it 3-2 on aggregate with 12 minutes to play.

In the first game in Belgium the Scottish Cup holders holders were leggy, laboured and unimpressive. Here they were brimming with energy, dogged and impossible to resist.

Defeat over two games would have pitched Giovanni Van Bronckhurst’s team back into the Europa League where they excelled last season. After a remarkable night in Glasgow they live to fight again in the Champions League, with a two legged play-off against PSV Eindhoven the final obstacle to hopes of raking in a sum in excess of £30million.

For 45 minutes Belgian league runners-up USG – seeking their first ever aggregate win in a European tie – looked a tough nut to crack. Seconds away from a scoreless, compact first half – moments away from taking the heat from a warm night in Ibrox – their defensive concentration finally lapsed in calamitous fashion.

Only Siebe Van Der Heyden can say what he was playing at when he went to head a meat and drink high ball into the area and allowed the ball to strike his outstretched left arm instead. If there was dubiety and controversy over the handball which gifted the Belgians a penalty in the first game there could be no argument whatsoever here. 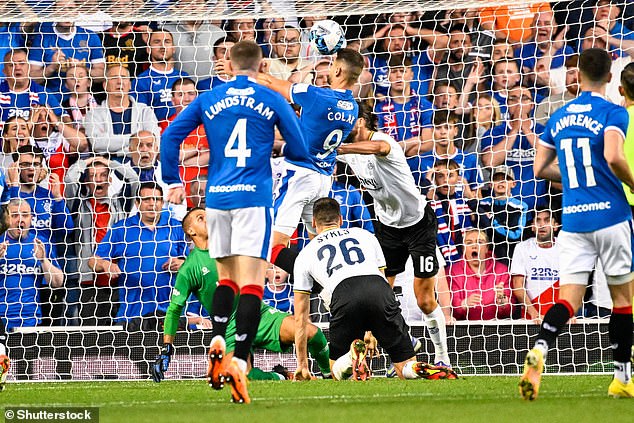 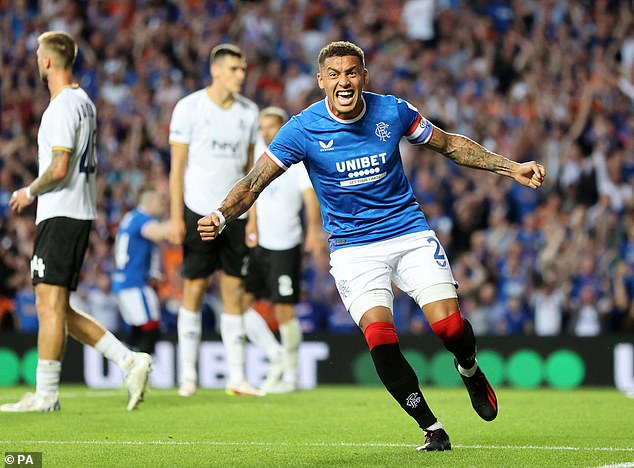 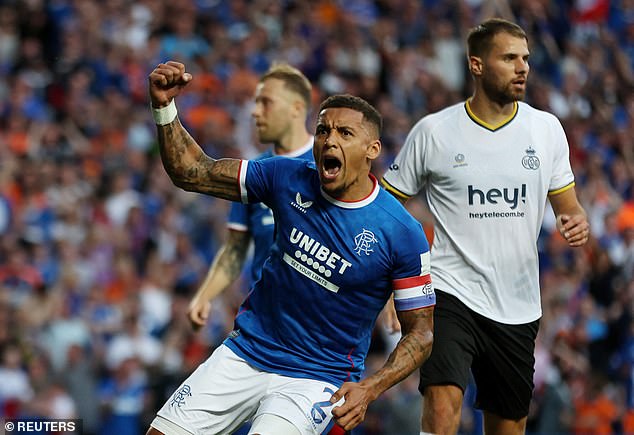 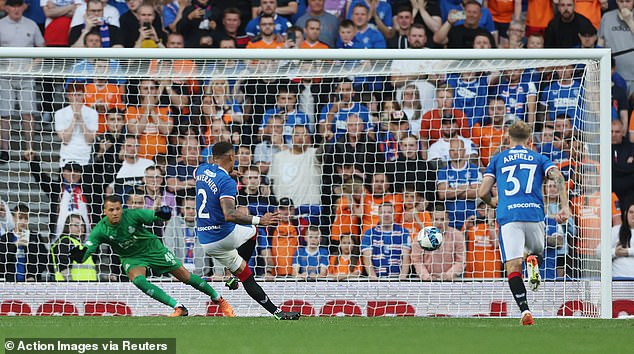 As so often down the years it fell to the captain James Tavernier to step up from 12 yards. Sending Anthony Moris the wrong way Ibrox almost exploded. After a first half when the home side had struggled to break down the stubborn resilience of the visitors the timing could hardly have been any better.

A goal to the good, history was now on the side of Rangers. Twice before they had defeated Belgian sides by more than two goals at Ibrox with 5-2 wins over Anderlecht in 1959 and Royal Antwerp in 2021.

Only once had they lost to a team from the low country on aggregate – a 2-0 home win at Ibrox in 1962 not quite enough to claw back a 4-1 first-leg deficit against Standard Liege in the European Cup quarter-finals.

Before kick-off the radio airwaves crackled with debate over the starting eleven picked by Giovanni van Bronckhurst.

None of the big calls made by the Dutchman seemed quite as contentious as the selection of Antonio Colak ahead of Alfredo Morelos.

Wednesday morning marks a year to the day since the Croatian striker scored twice at Ibrox in the third qualifying round of the Champions League. And he could have matched that feat inside the opening half hour when he came close twice with close range headers.

Cometh the hour cometh the man. After 58 minutes the roof almost flew high into the Govan sky as Rangers drew level on aggregate, Colak claiming his second goal in two games.

The excellent Tom Lawrence picked out Tavernier on the right, the captain’s cushioned ball across goal falling for Scott Arfield to drill a powerful strike which produced an outstanding stop from Moris on the goalline. There was no way of preventing Colak from nodding over the line from inches out. 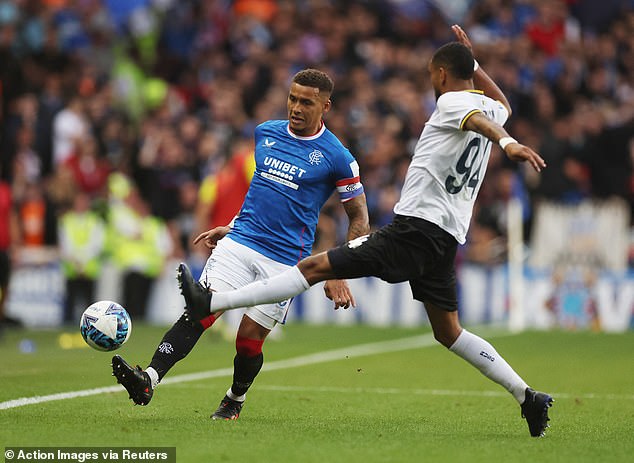 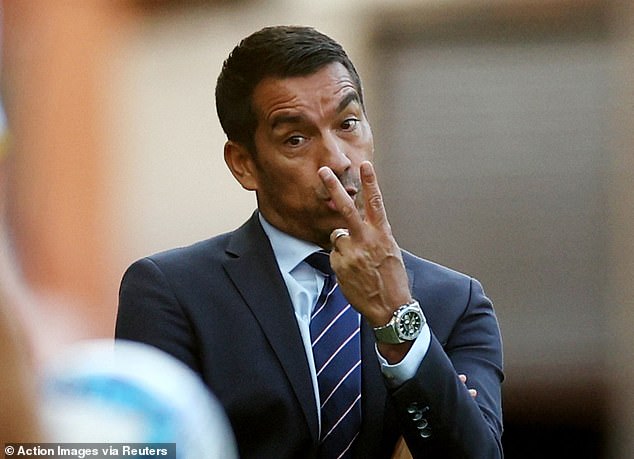 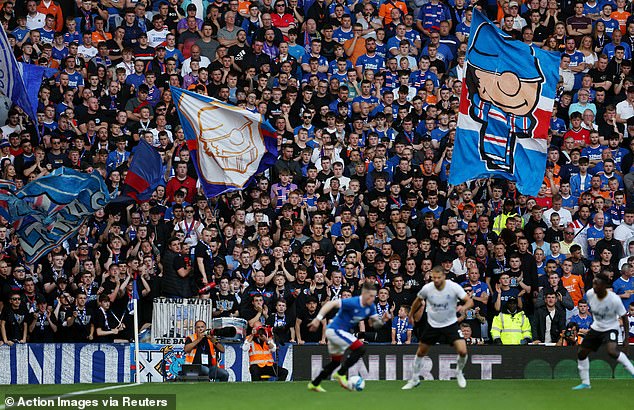 The home support could smell blood now. They sensed the growing vulnerability in Belgian ranks. They sensed a tie there to be won with no need of extra-time. Karel Geraerts’ team looked dead on their feet.

Rangers had endured some nervous moments, of course they had. Content to play on the break USG had almost opened the scoring after 19 minutes when Van Der Heyden – the penalty fall-guy -headed their first corner of the game wide of the far post. If anything they actually looked the more likely team to score – just before Rangers actually did.

Tillman clattered Van Der Heyden dangerously close to an area where the Greek referee would have been compelled to award a penalty. Loic Lapoussin, meanwhile, played a one two with Simon Adingra which almost ended with the wide man earning a crack at goal. Tavernier’s late intervention wouldn’t be his last heroic intervention of the opening half. That would come from 12 yards as the fourth official’s board went up to show two minutes of added time.

The penalty felt utterly transformational. Suddenly Rangers could see hope on the horizon. For the first time all night Ibrox felt like last season once more.

Beaten 3-0 by Mechelen at the weekend USG wilted before the eyes. The sheer irrepressible will of the players in blue shirts to win the tie burst the dam with 12 minutes to play. A one man wall of defiance until then the goal which secured a place in the play-off for Rangers was a horrendous affair for keeper Moris, the keeper failing to claim a straight forward cross as Tillman showed terrific athleticism to bullet the header into the net. 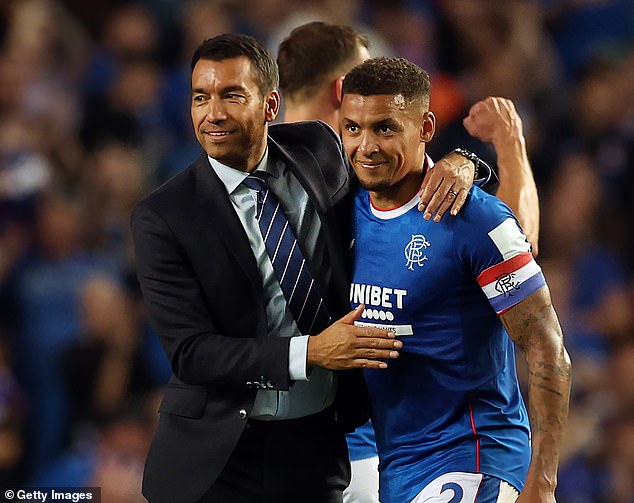 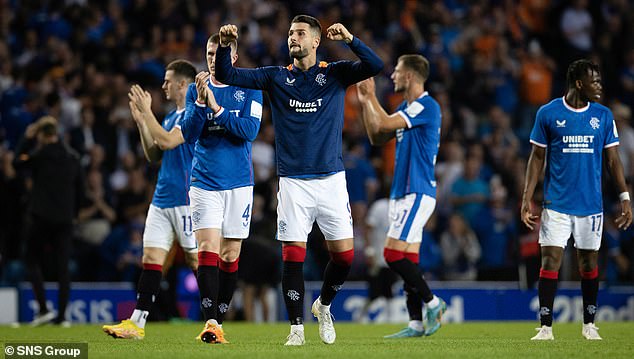 It was more than the talent Bayern loan star deserved for a fine individual performance. This time around Rangers had no failures. John Lundstram was outstanding, with Tom Lawrence full of energy and menace.

In a bizarre incident James Sands was almost shown a second yellow card for an innocuous incident in the final stages. Greek referee Anastasios Sidiropoulos was over-ruled by his assistant and thereafter was all over the place.. The same could be said of a visiting team blown away by a storm of attacking football.

Wisely, Sands was removed from the fray in favour of Ben Davies with 12 minutes to play. Colak also made way for Alfredo Morelos. The arrival of the supporters’ talisman felt like the icing on the cake, a snap long range shot forcing Moris to scramble the ball round the post and prevent 4-0.

A second yellow card for USG winger Lazare Amani in added time ended any plausible hope of the visitors snatching a dramatic tie-altering goal. For Rangers the joy – the relief – of living to fight another day was unconstrained.