Raving for Shrek, the swamp comes to Brooklyn 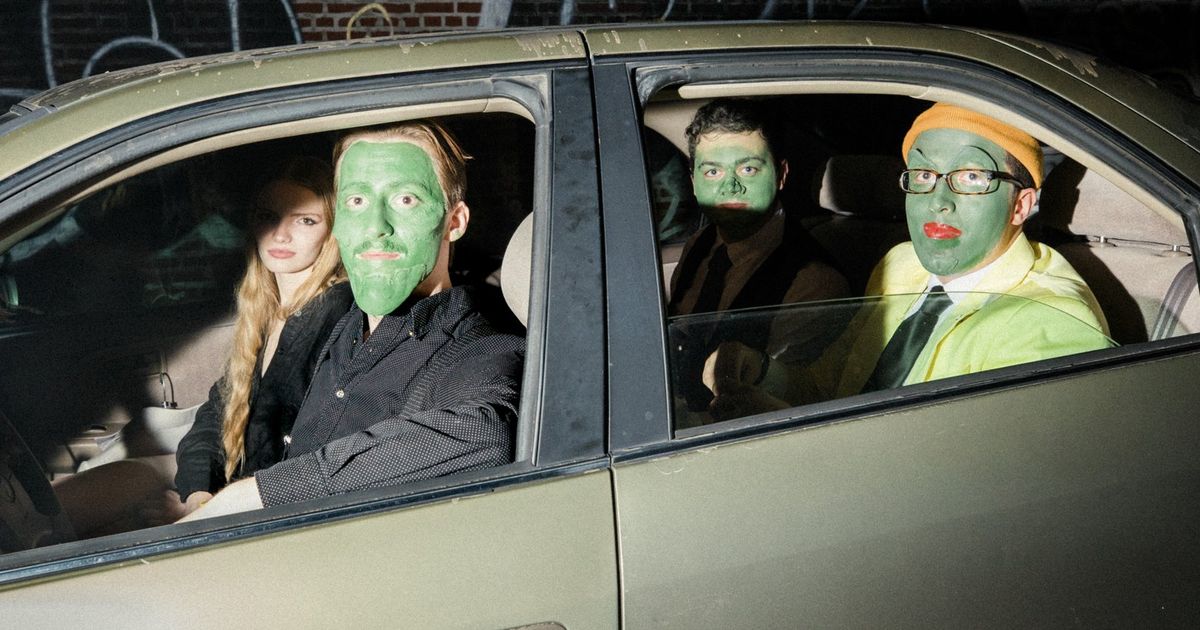 NEW YORK — On a recent Friday night at the Brooklyn Monarch, a music venue in East Williamsburg, the 1999 Smash Mouth hit “All Star” rang through the speakers to kick the party off around 10 p.m., causing the crowd to erupt into dancing and a singalong.

One attendee, who gave his name only as Nick, rolled on the floor, unbuttoned his short-sleeved shirt and flailed while singing along to the lyrics: “Hey now, you’re a rock star / Get the show on, get paid.”

When the song finished, he took a breather by one of the large speakers near the stage before explaining what had gotten into him.

“When people say there’s a Shrek rave, where else are you going to go?” asked Nick, 28. “I found out about this a day and a half ago. I wish I knew earlier, I would have brought earwax.”

“Shrek” has been an on-again, off-again obsession of the internet, especially among millennials, since the animated film debuted in 2001. Memes and GIFs from the movie, which often depict the characters in silly and sometimes explicit contexts, are hard to miss on social media. So it’s unsurprising that some of that online fandom has morphed into the real-world party known as Shrek Rave.

At the first meme-inspired Shrek Rave, which took place in Los Angeles in March, a sold-out crowd came draped in costumes inspired by the movie and its memes. Rapper Rico Nasty made a surprise appearance and one partygoer even brought a bag full of onions — which are like ogres — to share.

The party’s host, Jordan Craig, a Los Angeles-based artist, content creator and screenwriter known as Ka5sh (the 5 is silent), first got the idea to host the rave in 2020. He said that Shrek, like SpongeBob SquarePants, continued to age well online and that this was reason enough to throw the party.

“We all consumed that at the same time, so we all have a kinship with it,” Craig said in a video interview. “It’s one of the two things I feel like everyone watched that no one feels embarrassed by.”

After the strong turnout at that first party, Craig decided to take the rave to New York.

At the Brooklyn Monarch, which has several rooms, a large bar and a backyard covered in green turf, hundreds of partygoers — many of whom arrived in normal clothes, while some made an effort with green face paint — had filled the space by midnight. Artificial vines, plush thrones, posters and fake apple trees served as props. Large cardboard cutouts of the ogre of the hour were also sprinkled throughout, including one that became slightly crumpled at the base after someone used it for selfies and to twerk against.

The night’s lineup of DJs played an assortment of genres, including pop, hip-hop and EDM. “All Star,” which has become inextricably linked with the movie, was played at the top of each hour, resetting the partyers as they threw back cocktails and beers. Serving as the backdrop for the entire night was a large screen behind the stage playing different Shrek memes and videos on a loop.

Some standouts among the costumed attendees included three guys who had their faces covered in green paint and foam chins and who wore button-down shirts with suspenders — a look that they admitted was not quite on theme but that still stood out.

“I’m just excited to meet people who share the same love for Shrek as we do,” said one of the men, Rob Troiano, 22. “It’s just a stupid, nonsensical thing that we can all embrace.”

One group of friends entered wearing fuzzy green ears made out of pipe cleaners and had green glitter shimmering on their faces and bodies. Another person appeared wearing a large, mascot-style gingerbread-man head.

Gavin Ryan, a DJ who spins as Baetovin, came dressed as villainous Lord Farquaad, wearing a red cape, a ruffled white top and a gold crown.

“I think Lord Farquaad was def rocking Givenchy and Balenciaga, maybe some Hermès,” said Ryan, who performed a set that night. “And a little Tory Burch, to be honest.”

Comedian and actor Jaboukie Young-White was spotted strolling past the dance floor, headed toward one of the backrooms. Asked what he thought was the reason for the endless Shrek obsession among millennials, Young-White answered only after confirming that his response would indeed be published in The New York Times.

“‘Shrek’ really encapsulates a sort of post-9/11 urge for homeliness and American comfort, and the idea of defending your homeland from a threat really captured that American paranoia in one cinematic event,” he said, without missing a beat.

The night continued with an electric drag performance by the Boy Diva, who was dressed as Fairy Godmother from “Shrek 2” and performed the song “Holding Out for a Hero.” Punk rapper LustSickPuppy took the stage around 1 a.m., by which time the scent of liquor, drugs and sweat had long filled the space. Her music, which she described as “a circus in purgatory,” quickly touched off a mosh pit.

Toward the end of the night, many guests relocated to the backyard, clearing out most of the main room. Shortly after 2 a.m., Craig took to the stage to play “All Star,” again.

“Someone requested it,” he said, wearing a big fuzzy green hat over his lime-green dreadlocks.

Before the first verse of the song was over, people came flying back inside, running toward the DJ booth.

Fortnite challenges: Where to find a Marksman Rifle and The…

The flu is coming. Here’s what you can do to protect…

He swam to safety from of his flooded Florida home as…