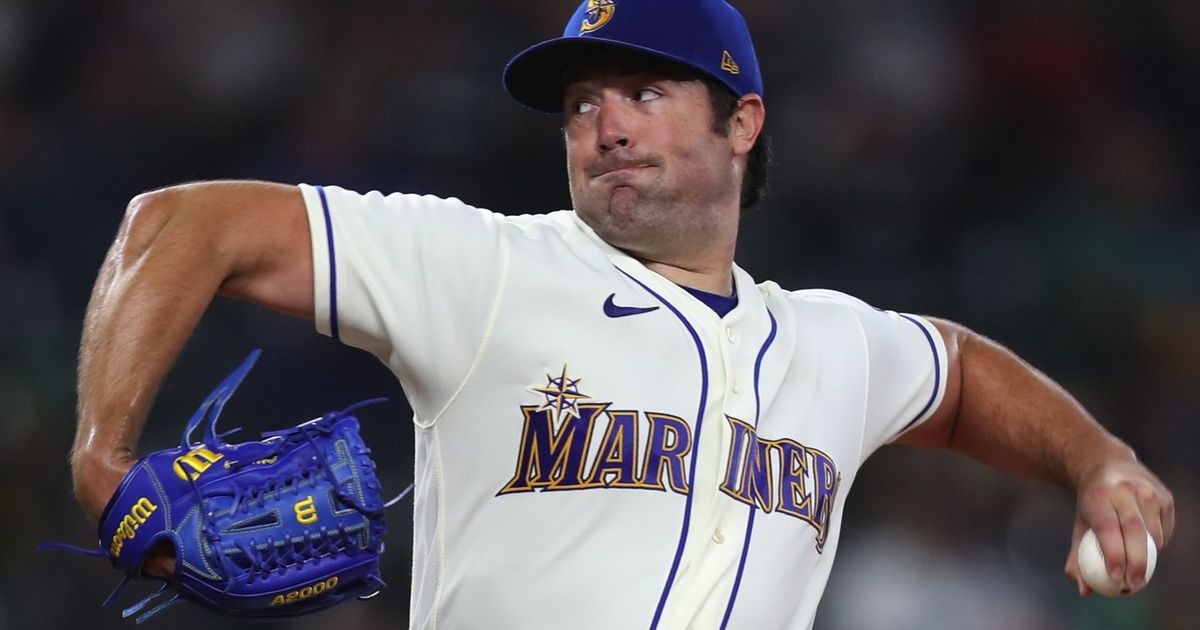 Robbie Ray and Julio Rodriguez helped make sure the Mariners would head into the second half of their season on a roll.

Ray was dominant on the mound and Rodriguez provided the offense, propelling the Mariners to a 2-1 victory over Oakland on Sunday afternoon at T-Mobile Park.

Ray allowed one run in 6 2/3 innings while striking out 12, Rodriguez drove in runs with a home run and a double and the bullpen closed it out for Seattle.

The Mariners finished their first 81 games of the season with a record of 39-42, but they have won 10 of their past 13 games.

Ray continued a stretch of excellent starting pitching. In five starts since allowing four runs and 11 base runners against Houston in late May. Ray has allowed three runs in 33 2/3 innings.

It was during that rocky start against Houston — he allowed three homers in the first two innings — that Ray introduced a two-seam fastball after no using it for several years.

He finished that outing against Houston with three scoreless innings, and Ray, last year’s AL Cy Young winner has been on the top of his games since.

Oakland starter Frankie Montas had a no-hitter for 7 1/3 innings against the Mariners on June 23. On Sunday, he allowed homer on his first pitch and was out of the game after an inning.

Rodriguez was all over a 92 mph sinker on the first pitch from Montas, lining it over the left-field fence and off the scoreboard to give the Mariners a quick 1-0 lead.

It was the Mariners’ first leadoff homer of the season.

Montas, who the A’s said left the game for a nontrade reason, was relieved by Austin Pruitt, who dominated the Mariners for four innings.

Pruitt retired the first 13 Seattle batters he faced — six on strikeouts — before Dylan Moore hit a bloop single to center field in the bottom of the sixth inning. Rodriguez followed with a double into the left-center field gap that brought home Moore with a big insurance run.

Ray received a standing ovation after and he earned it. He threw 107 pitches, allowing four hits, two walks and just the one run.

Andres Munoz relieved Ray and pitched a perfect 1 1/3 innings, striking out three. Paul Sewald closed it out with a perfect ninth inning to earn his ninth save of the season.

The task gets tougher for the Mariners, who played teams with losing records the past 13 games — including six games against Oakland (26-55). Up next is a two-game series at San Diego (46-34 entering Sunday) and a four-game home series against Toronto (44-36).

Marlins square off against the Braves in series rubber match