Rebecca Hall discusses why she wanted to do ‘impossible’ thriller film 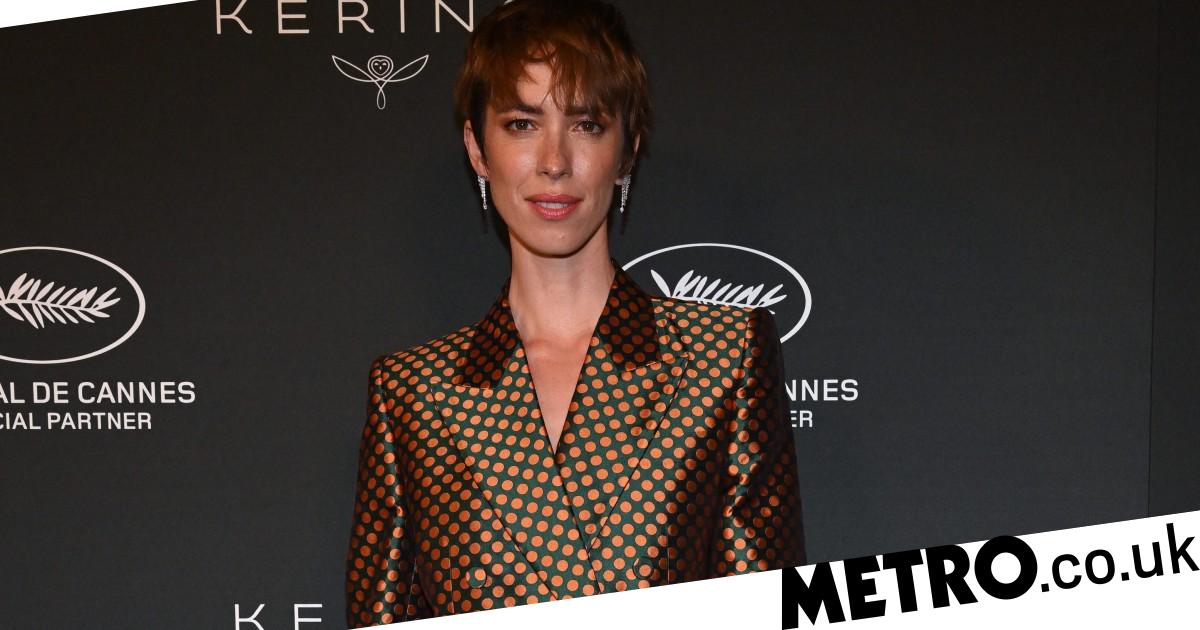 The actress, 40, talks about her new film, being ambivalent about fame and her family’s love of Monty Don.

Resurrection is a very twisted psychological thriller. What made you want to do it?

I’d come off the experience of directing and writing and producing something. And I loved it so much. I felt like everything was on fire and working. And my feeling towards the acting was that if I took another acting job, I’d want it to be an insanely steep climb.

If it was going to be worth my while, I really wanted to be put through my paces and be a bit terrified of the possibility of being able to pull it off. And that is the moment when I read this. I admit, it does sound completely perverse to agree to do something, almost because I thought it was impossible.

Genuinely, I read the script and thought there’s no way that this film could work. It has so much brazen, insane hubris.

Are you a horror fan?

Funnily enough, no! I do watch them but I’m not a diehard fan. I watched the horror film Barbarian last night. I literally spend the whole time watching through my fingers. I think they’re a lot of fun to act in.

Resurrection deals with parenthood. Do you think you would have done this prior to becoming a mother?

I would. I do think the biggest metaphor the film encapsulates is the existential terror of being a parent. I wouldn’t have fully understood that prior to having a child. There’s all the wonderful stuff but then there’s this horror – it’s my responsibility to keep this child safe. It’s impossible to keep anyone safe. It’s terrifying.

You obviously won’t be showing it to your daughter any time soon, then. So presumably, from your back catalogue, The BFG is first on the list?

Yes. She’s very interested in Godzilla vs Kong but she’s definitely not ready for that either.

I’m godmother to his oldest child – I’ve known him forever. We were at university together. We met at university… his first year, my second year. We did a play together and ended up being housemates in North London for a good few years.

Was he a good housemate?

If memory serves it correctly, I’m not sure that either of us was particularly clean and tidy. He might have been a bit more than me, if I’m being honest.

With your father Sir Peter Hall, the renowned theatre director, was it always obvious what you were going to do for a living?

There was never any doubt in my mind. I don’t ever remember making a conscious choice to do what I do. I do think I’ve never really thought of myself as an actor, which is an odd thing to say. But even when I was very young I was like, ‘I’m going to tell stories, I’m going to make art.’

And I would draw and write stories and make music and do all these things that weren’t necessarily acting. I always knew what I was going to do – I just didn’t necessarily let my parents in on it.

Your Instagram says: ‘Ambivalent about this whole shindig’. Is that about fame specifically?

Yeah! I’ve never really craved it or sought it or played that game probably as much as I should have. And I’m genuinely ambivalent about it. Because there are some days I wake up and I’m like, ‘What are you doing? Get out there! I want it all!’

And there are other days when I’m like, ‘I want to hide under a rock for six months to a year and not see a human and certainly never wear a frock on a red carpet.’ And then the next day I wake up again and I’m like, ‘Give me all the frocks and give me all the red carpets!’ So my attitude towards it is genuinely ambivalent.

You live in New York. Is that a good place to be anonymous?

It is where I live. I live upstate on a farm, where there’s nobody as far as you can see and just cows in my garden. Hence the ambivalence.

Are you a keen gardener?

It’s my zen. It’s my meditation. It’s my timeout. I’m nerdily creative. I’m not fired up or feeling alert to the world unless I’m creating something every day. I have lots of outlets such as painting, drawing, playing a piano. Gardening has become this overwhelming one because it’s constant – this dialogue with nature. You’re not in control of it but it’s beautiful. And you can map out, help and nurture.

Can you watch Gardeners’ World if you live in New York?

You get a BritBox subscription. Monty Don has a large place in our family. My four-year-old knows exactly who Monty Don is! She has preferred presenters. She’s like, ‘Look mama, it’s Adam Frost!’

Resurrection is available on digital platforms from today


MORE : What films are out this week? From White Noise to The Infernal Machine


MORE : Christmas films on streaming – our pick of the best festive flicks and where to watch them

Married At First Sight 2023: Harrison fires up over screenshots in fiery radio…

Are YOU washing your face wrong? Top dermatologists reveal…

Exclusive for Mail on Sunday readers: Tour the gardens of…