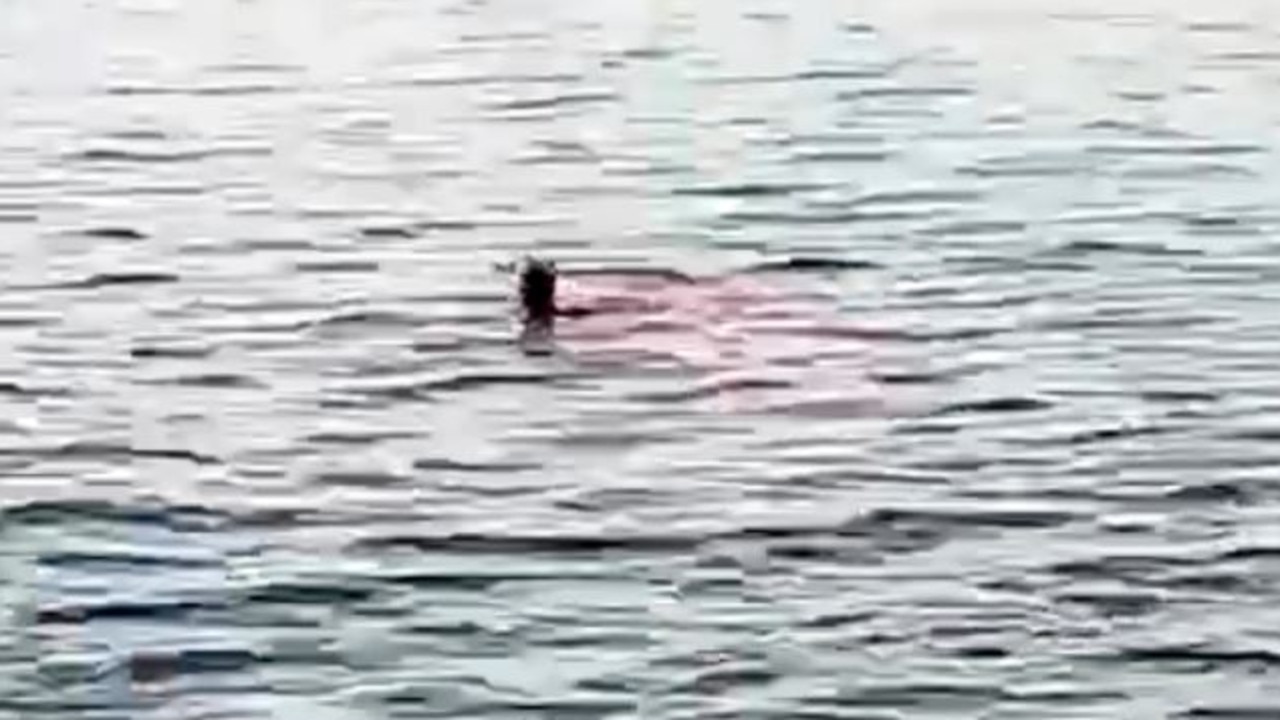 Confronting photos have emerged following a shark’s brutal attack of an Austrian woman who had been snorkelling close to the shore of a resort.

Sharks have killed two female swimmers within hours of each other near a resort in Egypt’s Red Sea.

Video showed the horrific attack on one of the victims, a 68-year-old Austrian woman named Elisabeth Sauer — with an onlooker acknowledging bluntly, “She’s going to f – king die,” the Times of Israel reported.

The woman, and a Romanian lady in her 40s, were separately found mutilated less than half a mile away from each other on Friday (local time) near the popular tourist area of Sahl Hasheesh, NY Post reported.

It was understood the Romanian tourist was staying at adults only five star hotel, Premiere Le Reve.

The older victim was swimming near the resort when the Mako shark struck, ripping off one of her arms and a leg, the outlet said.

Video showed the ailing woman swimming away from the shark and toward tourists who threw her a flotation device as the water filled with blood. The tourists complained of the lack of lifeguards during the horror.

A witness recalled watching the shark “twist” her in the water before the shark bit off her leg and hand.

“I saw the shark turning and twisting the woman in the water. I didn’t manage to film it, but she was twisted in the water,” they said, according to Daily Mail.

They added the woman tried “fighting off [the shark] with her hands at first, but apparently the shark bit off her leg with a flipper first, then her hand, which it threw it on the corals.

“She was already sitting on the corals, showing her hand [and] leg. She was in [a state of] shock. She didn’t even scream, didn’t cry, nothing.”

Onlookers watching from a nearby jetty were hear reaction to the attack as it happened.

She incredibly made it to dry land where attempts were made to resuscitate her, but she was taken to a hospital and died.

A source told Reuters the Austrian had been living in Egypt for five years with her Egyptian husband. Austria’s foreign ministry confirmed to AFP “the death of an Austrian citizen in Egypt” without providing further details.

Austrian Greens party, Die Grünen Kramsach, paid tribute to Ms Sauer following her death, revealing she had been a committed member and at one point, a councillor for six years.

“We mourn the passing of our Elisabeth Sauer (68), who died through a tragic accident. Our deepest condolences go out to the family. Elisabeth was a committed Green from the first hour in Kramsach, councillor from 1998 – 2004, for many years loyal substitute councillor and GR – candidate,” the group posted to Facebook.

“May she rest in peace. We would like to take this opportunity to express our sincere condolences and compassion. She will forever be remembered for her warm and humanly connecting way.”

The identity of the second victim is still unconfirmed.

Red Sea Governor Amr Hanafi ordered the closure of all beaches in the area for three days after the attacks.

Shark attacks are considered rare in the area but have increasingly occurred in recent years. A 12-year-old Ukrainian male tourist lost his arm and leg in an attack in 2020.

In 2018, a Czech tourist was killed by a shark off a Red Sea beach. A similar attack killed a German tourist in 2015.

In 2010, a spate of five attacks in five days unusually close to the shore of tourist hotspot Sharm el-Sheikh killed one German and injured four other foreign tourists.