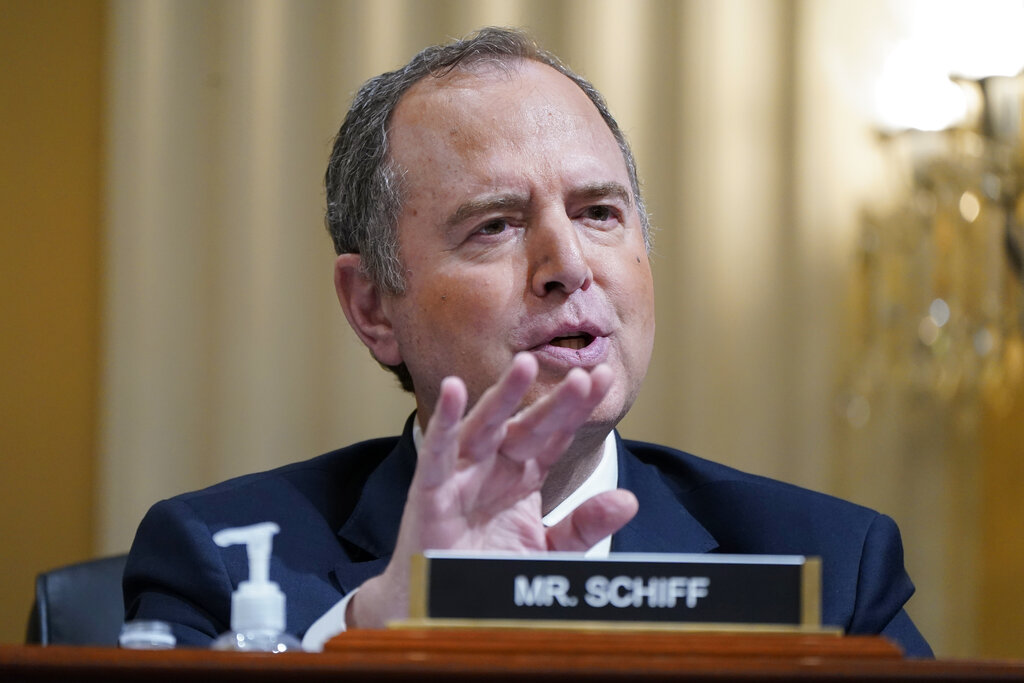 Separately, Speaker Kevin McCarthy confirmed that Schiff will be removed from his longtime perch on the Intelligence Committee. McCarthy told Fox News in November that Schiff has “lied to the American public time and again.”

And that’s true. For example, in March 2017, Schiff declared that he had seen “more than circumstantial evidence” that then-President Trump had colluded with Russia to influence the 2016 election. There was no such evidence, but Schiff repeated the lie for years. The congressman, who was chair of the Intelligence Committee at the time, intentionally misled the press and the public.

He was able to use his position on the Intelligence Committee to fool people by implying that he knew secrets that would be revealed to the public in due time.

“Your willingness to continue to promote a demonstrably false narrative is alarming,” wrote the nine Republican members who served with Schiff on the Intelligence Committee in a March 2019 letter that called for Schiff to step down as chair. The letter cited his “repeated public statements, which implied knowledge of classified facts supporting the collusion allegations.” The GOP members also noted that Schiff’s statements “occurred at the same time anonymous leaks of alleged intelligence and law enforcement information were appearing in the media.”

Former congressman Trey Gowdy, who served on the intelligence committee with Schiff, said the California Democrat leaks “like a screen door on a submarine.”

Schiff’s media manipulation efforts, it has now been revealed, included a pressure campaign by his office to coerce Twitter into censoring content and banning journalist Paul Sperry from the platform.

“This would explain why Twitter could never give me a reason for suspending my account, even though I had broken none of its rules,” Sperry wrote Friday in the New York Post. He related that he came back from a vacation to find an email from Taibbi, one of the reporters invited by Twitter owner Elon Musk to review and reveal internal company correspondence. The Twitter Files reporting has documented a disturbing and widespread effort by the U.S. government to suppress freedom of speech. You can read all the material at twitterfiles.co/archive.

Taibbi uncovered a November 12, 2020, emailabout a request “from the House Permanent Select Intelligence Committee (HPSIC) Rep. Adam Schiff’s Office” accompanied by an “attached analysis” requesting that Twitter suspend “many accounts,” including Paul Sperry’s, which Schiff’s office accused of “promoting false conspiracies.” The congressman’s office sought the removal of “any and all content” about staffer Sean Misko and other committee staff, including “quotes, retweets, and reactions to that content.”

A Twitter policy executive who reviewed the request wrote, “We don’t do this.” However, even though Twitter did not comply with the demands from Schiff’s office at that time, Sperry was banned from the platform three months later, without explanation.

One of the requests from Schiff’s office asked Twitter to “stop the spread of future misinformation” about “committee staff who are not public figures and who were not central actors in impeachment inquiry or the 2020 presidential election.”

The answer is in Paul Sperry’s reporting for RealClearInvestigations.com, which called into question the origins of the story told by the whistleblower whose report triggered the 2019 impeachment process. “The New York Times had already busted Schiff lying about prior contacts with the whistleblower,” Sperry wrote last week, “in fact a Schiff staffer had huddled with him, something Schiff’s spokesman Patrick Boland was forced to admit after the Times broke the story.”

Sperry had reported the identity of the whistleblower, Eric Ciaramella, “a Democrat who worked in the Trump White House as an Obama holdover,” and exposed “his prior relationship with one of Schiff’s top staffers on the impeachment committee, Sean Misko.”

Did Rep. Adam Schiff’s staff manufacture a pretext for an impeachment of the president?

Thanks to the Twitter files, we know one thing for certain: Schiff’s office didn’t want anybody to talk about it.

NASA satellite plummets to Earth after 38 years in space