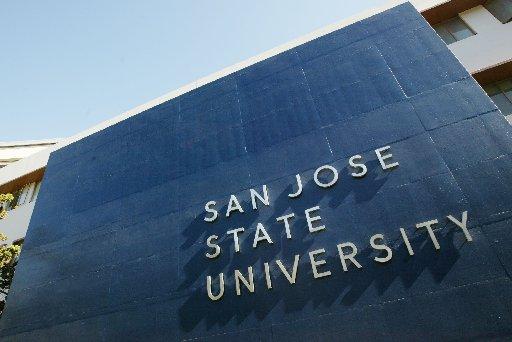 Commissioned in April 2021, the four-page report focused on the adequacy of the university’s probe into the accusations in 2009-2010 as well as its response to later reports regarding improper behavior by Shaw. The report also examined the police department’s response to three police reports it supposedly received regarding Shaw.

Other than Shaw, the report did not specifically name anyone involved in the probe.

According to the report, the investigator who handled the 2009-2010 probe interviewed just 14 of the 17 student-athletes who said they suffered “questionable conduct at the hands of Shaw.” Many of the student-athletes also said interviews conducted by the investigator were “conclusory and accusative and focused not on their allegations, but on the validity of Shaw’s pressure point therapy,” the report said.

“The final investigation report was insufficient given the gravity of the allegations at two pages in length, focused not on the complainant or witness statements but upon the validity of the pressure point therapy used by Shaw and, contained little to no discussion or analysis of the allegations under the applicable standard,” the report said.

The report also noted that the results of the 2009-2019 probe were shared with just Shaw, who was allowed to remain in his position with little to no limitations, and a single student-athlete listed as a complainant. The other student-athletes were left to guess at the outcome of the investigation until an athletics department employee told them the university had exonerated Shaw and determined his therapy was appropriate.

Many of the student-athletes who were interviewed for the report expressed “feelings of anger, frustration and regret at having come forward only to be marginalized and ignored,” the report said. “It is not surprising that the student-athletes did not attempt to re-report or take additional steps to hold Shaw accountable given the summary dismissal they felt SJSU had given their serious complaints.”

Between 2010 and 2018, the same athletics department employee who shared the outcome of the 2009-2010 probe with the student-athletes repeatedly questioned the probe’s adequacy and raised concerns about Shaw’s conduct toward and access to female student-athletes. In 2018, the employee asked the university’s Title IX office to revisit the investigation into a Shaw, but the request was ignored, the report said.

According to the report, additional sexual misconduct allegations surfaced at the time of the 2009-2010 probe, but the university did not address or investigate them.

The report also included a review of three police reports that were supposedly filed with the university’s police department – two in 2009 and one in 2013. For one filed in 2009, “the police investigation and follow up under a preponderance of the evidence were inadequate,” the report said. There was not enough evidence to establish that the other police reports had been filed or received by the police department.

The report follows one released by the Justice Department last year that found the university failed for more than a decade to properly handle accusations against Shaw. The university was ordered to pay $1.6 million to victims, overhaul its Title IX office and reach out to more than 1,000 former athletes who were treated by Shaw.

Shaw, who voluntarily resigned in 2020, has denied the sexual misconduct allegations and pleaded not guilty to six federal civil rights charges. A trial is scheduled for next June.

Check back for updates.

JEE Main Exam 2023 for Jan 30 is underway, analysis soon after the exam