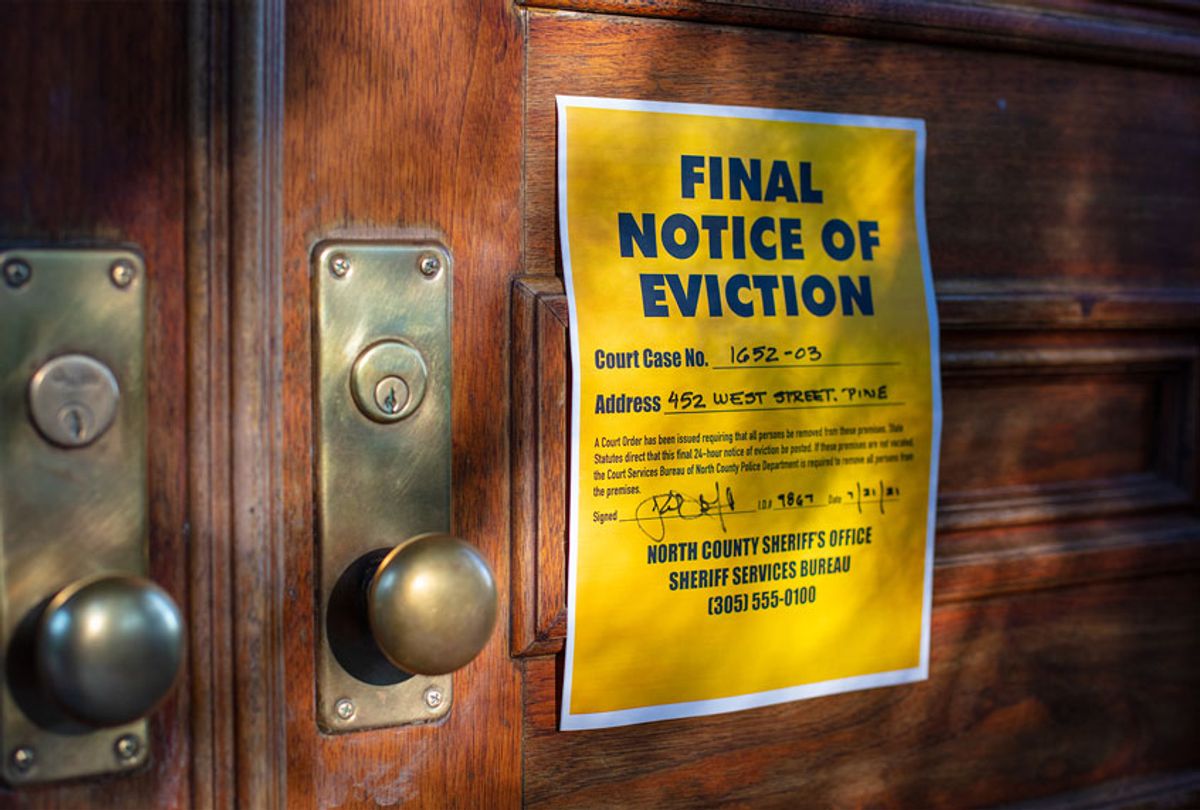 Four large corporate landlords filed nearly 15,000 eviction actions in the first 16 months of the pandemic, with some executives and property managers engaging in harassment and deception of their tenants and deliberately inflicting cruelty on people who had been unable to pay their rent.

The U.S. House Select Subcommittee on the Coronavirus Crisis released a new report Thursday following a yearlong investigation into the eviction practices of Pretium Partners, Invitation Homes, Ventron Management, and the Siegel Group, all of which were thriving financially when the committee began examining its practices.

Pretium was investing in a major expansion when the committee, led by Chair James Clyburn (D-S.C.), launched its investigation in July 2021, while Invitation was reporting record profits and both Siegel and Ventron had received more than $2 million in Paycheck Protection Program funds, which they were not required to pay back.

Despite their financial well-being, publicly available data at the time showed that the four companies had filed a combined 5,413 eviction cases between March 2020 and July 2021—a total that was dwarfed by the number the committee uncovered when it analyzed more than 50,000 pages of documents and held numerous meetings with company representatives.

The committee began its investigation following reports that corporate landlords were not complying with a federal eviction moratorium put in place during the pandemic and with rental assistance programs.

“As countless Americans acted admirably to support their communities during the coronavirus crisis, the four landlord companies investigated by the select subcommittee evicted aggressively to pad their profits,” said Clyburn as the panel revealed that the true number of evictions by the companies was three times higher than previously known.

“While the abusive eviction practices documented in this report would be condemnable under any circumstances, they are unconscionable during a once-in-a-century economic and public health crisis,” Clyburn added. “Rather than working with cost-burdened tenants, abiding by applicable eviction moratoriums, and accepting federal rental assistance, these companies—with properties across 28 states—expedited evictions above all else.”

The report detailed numerous abusive practices by the companies as they sought to force tenants out of their homes during the public health crisis, which sent the unemployment rate skyrocketing in March 2020 and left millions of people struggling to afford rent and other necessities.

“In some instances,” said Clyburn, “the select subcommittee found that their abuses may have violated the law.”

The committee called on federal agencies and Congress to require states and localities to provide direct-to-tenant assistance to renters with landlords who refuse to cooperate with rental assistance programs; support state and local rental assistance infrastructure; and prioritize investigating deceptive or abusive business practices used to expedite evictions.

Peter Hepburn, a research fellow with Princeton University’s Eviction Lab, told NPR that the committee’s report likely only reveals the “tip of the iceberg” and that abuses by corporate landlords could be rampant across the country.

“These firms are buying up a lot of housing, and they’re particularly buying up housing in places that have relatively weak tenant protections, places where eviction is easier, faster and cheaper,” Hepburn said. “And I don’t think that that is coincidental.”