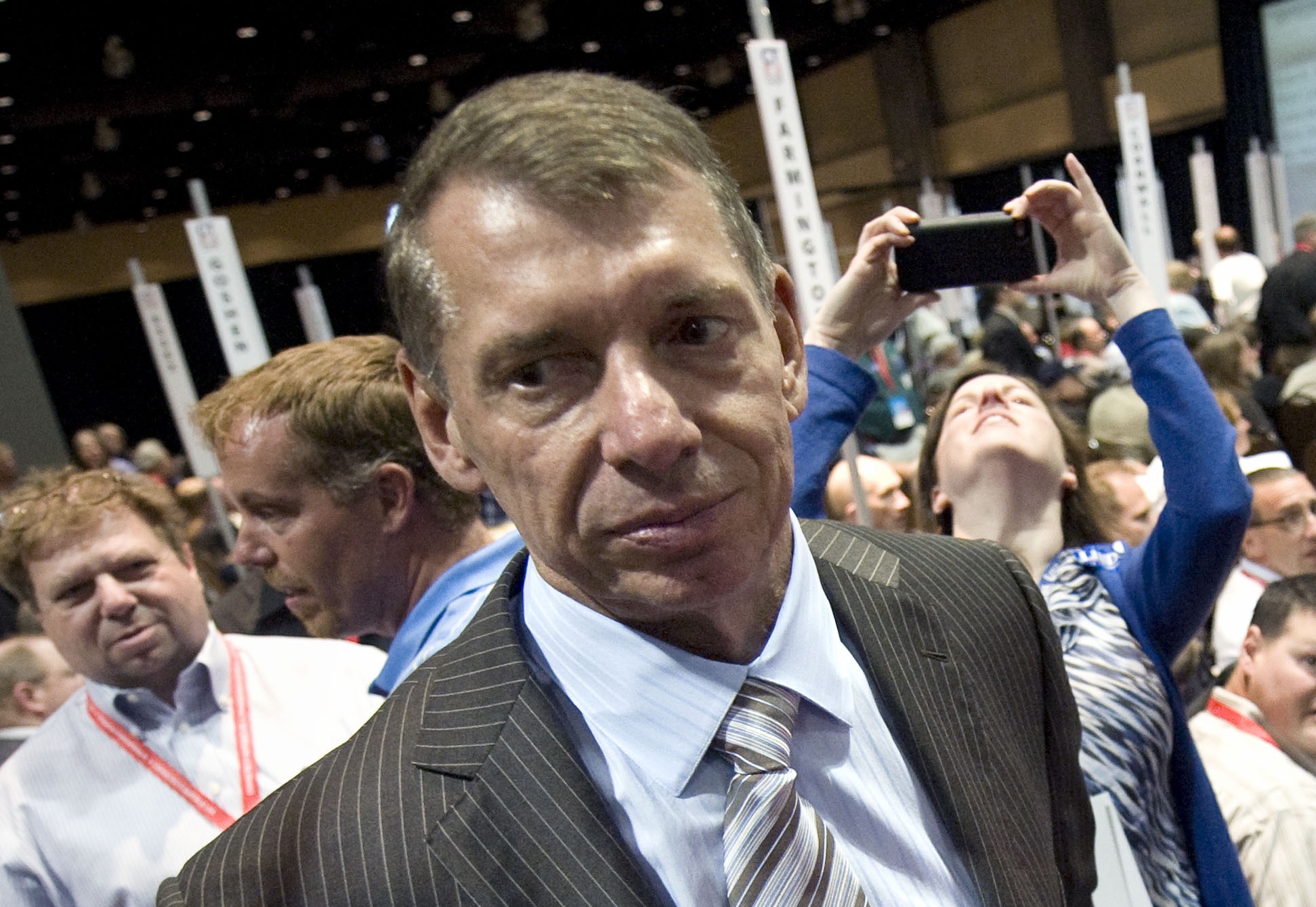 The amount is significantly larger than what was previously known.

Four women — all formerly affiliated with WWE — signed agreements with McMahon, 76, that bar them from discussing their relationships with him, the Journal reported on Friday, citing people familiar with the deals and documents it reviewed.

McMahon stepped down as CEO and chairman of WWE in mid-June during an an investigation into the alleged misconduct and the Journal reported at the time that he had agreed to pay $3 million to a former paralegal who said he sexually harassed her on the job.

McMahon will continue to oversee WWE’s creative content during the investigation.

WWE named McMahon’s daughter, Stephanie, interim CEO and chairwoman during the investigation into his alleged misconduct though he continued to oversee the company’s creative side.

McMahon has been the leader and most recognizable face at WWE for decades. When he purchased what was then the World Wrestling Federation, from his father in 1982, wrestling matches took place at small venues and appeared on local cable channels.

WWE matches are now held in professional sports stadiums and the organization has a sizeable overseas following. It has a broadcast partnership with the Saudi media company MBC Group.

The organization underwent a seismic transformation under McMahon with events like WrestleMania, a premium live production that draws millions of fervent viewers.

Revenue last year exceeded $1 billion for the first time and the company has television deals with Fox and NBCUniversal. Last month it announced a multiyear expansion of its original programming partnership with A&E.

Shares of World Wrestling Entertainment Inc., based in Stamford, Connecticut, dropped 2% on Friday.

There was no immediate response to phone and email messages left with a WWE spokesperson seeking comment on the report.

Need for Speed Unbound: Beginner tips and tricks to take on…