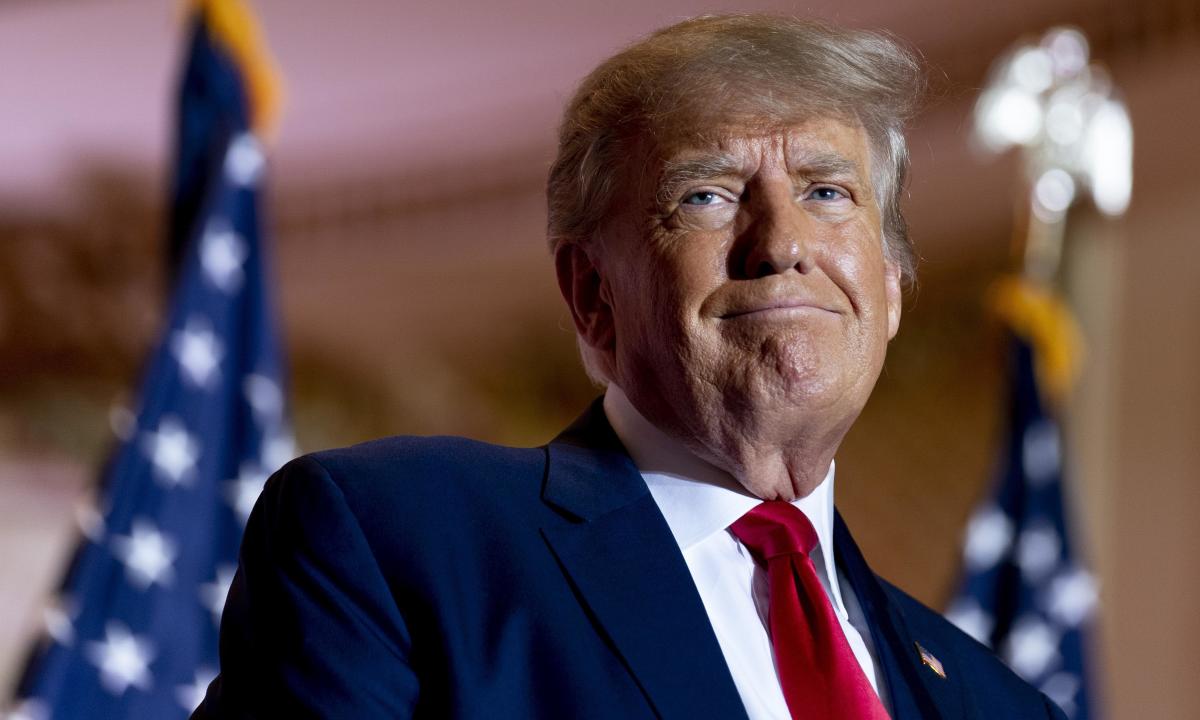 A leader of moderate Republicans in the US House repeatedly refused to condemn Donald Trump on Sunday, even after the former president, running for re-election in 2024, said the US constitution should be “terminated” to allow him to return to power.

“Whoever the Republicans end up picking, I’ll fall in behind” them, Dave Joyce of Ohio told ABC’s This Week, adding that he thought Americans did not want to look back to the 2020 election, the subject of Trump’s lies about electoral fraud and demand for extra-constitutional action.

Joyce’s host, George Stephanopoulos, said: “I don’t see how you can move forward if your candidate is for suspending the constitution but thank you for your time.”

Trump maintains the lie that the 2020 election, which Joe Biden won by more than 7m votes and a clear margin in the electoral college, was subject to widespread voter fraud. In messages on his Truth Social account on Saturday, Trump said the constitution should therefore be “terminated”.

The former president was condemned by Biden, Democrats and political commentators. On CBS’s Face the Nation on Sunday another Ohio Republican, Mike Turner, said he “absolutely” did so too.

“There is a political process that has to go forward before anybody is a frontrunner or anybody is even the candidate for the party,” Turner said. “I believe people certainly are going to take into consideration a statement like this as they evaluate a candidate.”

Like Turner, Joyce was not among the 147 Republicans who objected to results in key states in the 2020 election, even after Trump supporters mounted their deadly attack on the Capitol, seeking to stop certification. But Stephanopoulos could not persuade Joyce to say he would not vote for Trump four years later.

Joyce said: “Well, you know, when President Trump was in office, I didn’t make a habit of speaking out on his tweet du jour.

“I don’t know what came out on … whatever his new social platform is. But, you know, people were not interested in looking backwards. The people who gave us the majority [in the midterm elections last month] … they gave us an opportunity, and we need to perform.”

Ohioans, Joyce said, were more concerned about household budgets in a time of steep inflation.

Joyce said: “Well, again, it’s early. I think there’s going to be a lot of people in the primary. I think, at the end of the day, whoever the Republicans end up picking, I’ll fall in behind because that’s – ”

Stephanopoulos said: “Even if it’s Donald Trump and he’s called for suspending the constitution?”

Joyce said: “Well, again, I think it’s going to be a big field. I don’t think Donald Trump’s going to clear out the field like he did in ’16.”

Stephanopoulos said: “That’s not what I’m asking. I’m asking you, ‘If he’s the nominee, will you support him?’”

Joyce said: “I will support whoever the Republican nominee is. And I just don’t think that at this point [Trump] will be able to get there because I think there’s a lot of other good quality candidates out there.”

To the host, that was “a remarkable statement. You’d support a candidate who’s come out for suspending the constitution?”

Joyce said: “Well, you know, [Trump] says a lot of things. You have to take him in context. And right now I have to worry about making sure the Republican Governance Group and the Republican majority make things work for the American people. And I can’t be really chasing every one of these crazy statements that come out … from any of these candidates.”

Stephanopoulos said: “But that’s an extraordinary statement. You can’t come out against someone who’s for suspending the constitution?”

Joyce said: “Well, first off, he has no ability to suspend the constitution. Secondly, I don’t –”

Stephanapolous pointed out that Trump said he wanted to take that step.

With that, Stephanopoulos closed the interview.

“Thank you for having me,” Joyce said.

A4, quiet quitting, wet lettuce: The phrases that define 2022