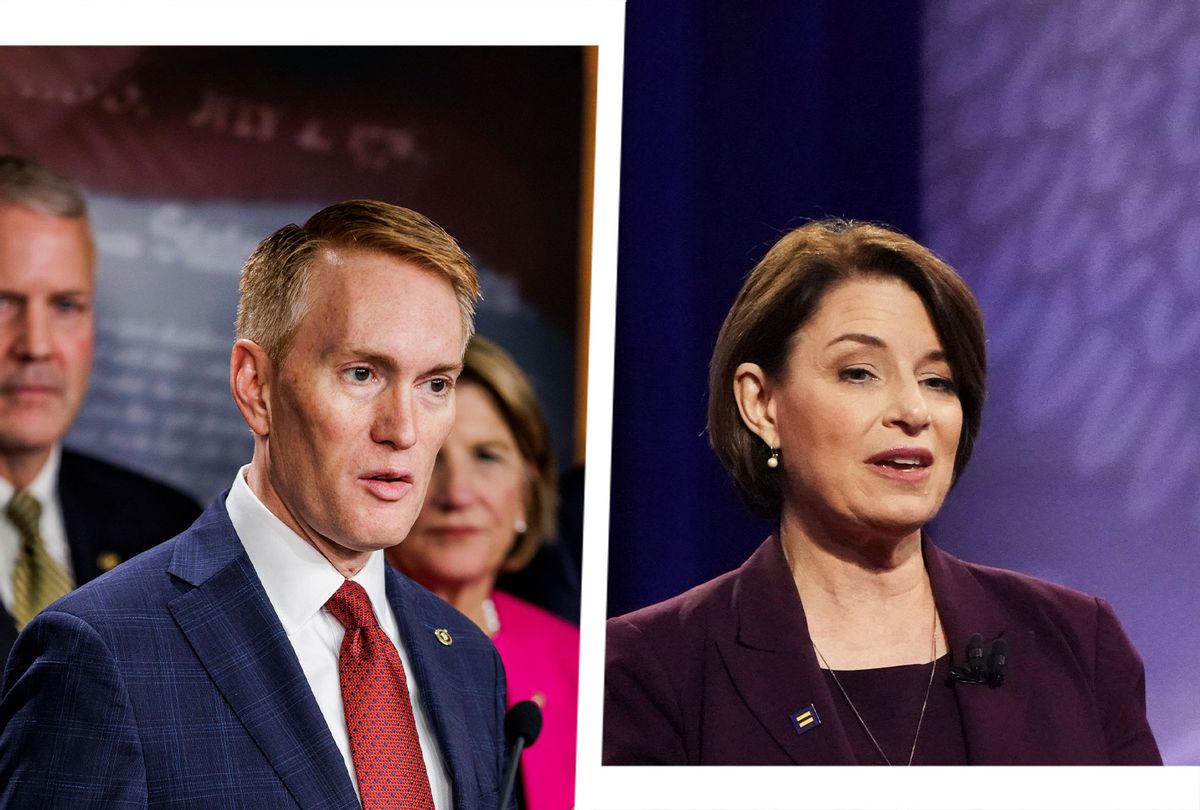 Sen. Amy Klobuchar, D-Minn., on Thursday tore into Senate Republicans for their anti-abortion agenda after it was reported that a 10-year-old victim of rape had to travel across state lines to receive an abortion.

“Think about the heart-breaking, enraging story about the 10-year-old girl in Ohio who had to go to Indiana to get an abortion after she was impregnated by her rapist,” said Klobuchar in a fiery floor speech. “This man raped a 10-year-old girl and she got pregnant […] She couldn’t even get the care she needed,” the Democrat added. “Should the next little 10-year-old’s right … be put in jeopardy?”

Klobuchar was referencing a widely-publicized story that emerged last week about a 10-year-old girl who had to travel interstate for abortion care because she was past the legal threshold – six weeks – to get an abortion in Ohio. When the story first appeared, conservatives widely attempted to delegitimize the account as fake news designed to gin up controversy around the GOP’s crackdown on abortion.

However, that effort came to a grinding halt on Thursday after a 26-year-old man was officially charged with raping the child.

While the story has outraged progressives, liberals, and pro-choice advocates alike, conservatives have largely stood their ground on the issue.

In Congress, Sen. James Lankford, R-Okla., on Thursday blocked a Democratic-backed bill to enshrine the right to travel across state lines for an abortion.

“No state has banned interstate travel for adult women seeking to obtain an abortion. This seems to be just trying to inflame, to raise what-ifs,” Lankford said.

“Does that child in the womb have the right to travel in their future?” Lankford said. “Do they get to live? […] There’s a child in this conversation as well.”

The bill, dubbed the “Freedom to Travel for Health Care Act,” would have allowed state attorneys general to bring suits against anyone who contravenes the law.

RELATED: Post-Roe gaslighting: The party of QAnon denies the very real rape of a 10-year-old

Meanwhile, congressional Republicans are reportedly planning to introduce legislate that would expressly ban interstate travel for the purposes of abortion, according to Sen. Patty Murray, D-Wash. “Anyone telling you this is not a threat is not paying attention,” Murray said this week.

Draft framework for fair sharing of scam losses delayed due to complexity of issues involved: MAS

Ron DeSantis stays silent on the Trump-Ye fiasco. Now why could that be?