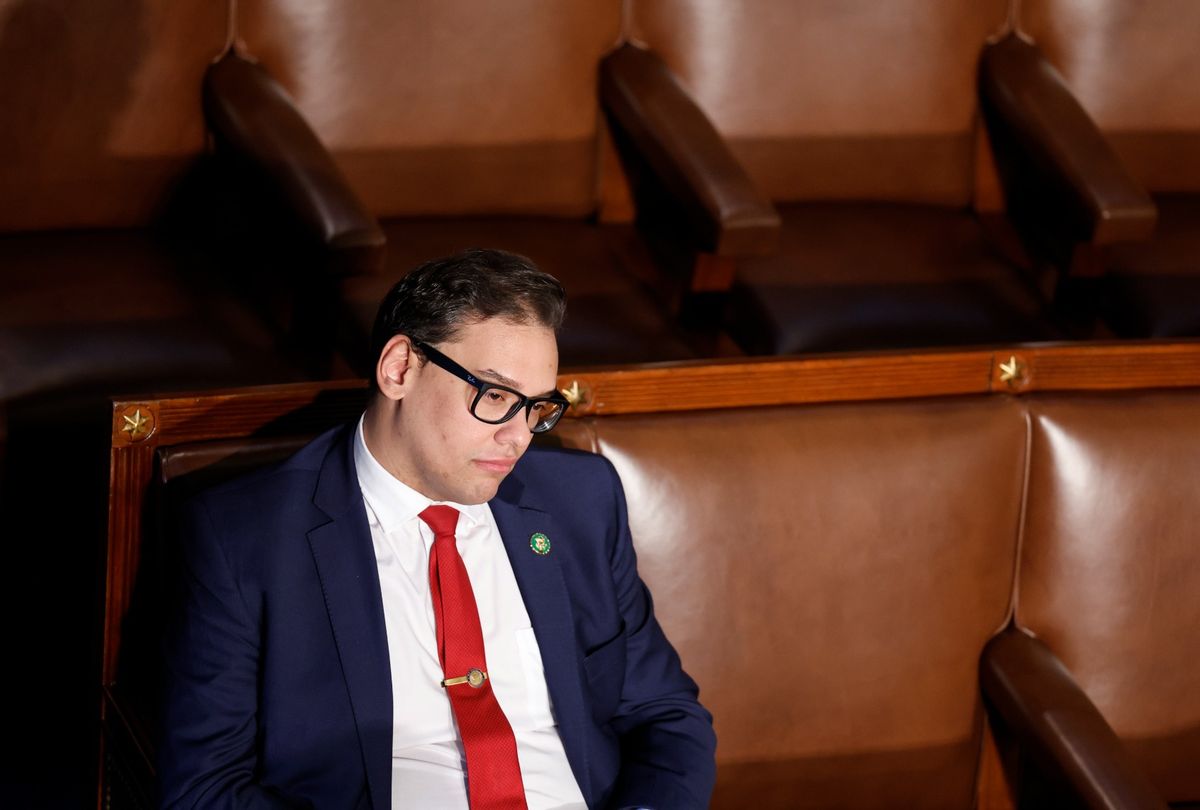 The Nassau County Republican Party on Wednesday called for the resignation of Rep. George Santos, R-N.Y., for lying about his personal life and questions surrounding his finances.

After a New York Times report uncovered that Santos fabricated parts of his educational and professional background, other watchdog groups like the Campaign Legal Center began to look into his personal expenses and the true sources of his campaign money. Santos also repeatedly lied about his religion and ethnicity and his parent’s relationship to the Holocaust.

Nassau County GOP Chairman Joseph G. Cairo at a Long Island news conference said that Santos’ campaign was made up “of deceit, lies and fabrication,” and accused him of deceiving voters.

“Today, on behalf of the Nassau County Republican Committee, I’m calling for his immediate resignation,” Cairo said. “His lies were not mere fibs. He disgraced the House of Representatives, and we do not consider him one of our congress people. He’s not welcome here at Republican headquarters.”

Cairo revealed that Santos lied to him in a private meeting.

“[He] told me, I remember specifically, that he was into sports a little bit—that he was a star on the Baruch volleyball team and they had won the league championship,” Cairo said. “What can I tell ya?”

Rep. Anthony D’Esposito, R-N.Y., also joined remotely from Washington D.C. to call for Santos to step down, as he violated the trust of “not only the voters, but people across America.”

D’Esposito added that he “will not associate with [Santos] in Congress and I will encourage other representatives in the House of Representatives to join me in rejecting him.”

Other Republican leaders said Santos is “not a normal person” and that he is an “out and out liar” who “needs help.”

As soon as the news broke, Santos, who was in Washington, refused to step down.

“I will not,” he told reporters on Capitol Hill. He then stepped into an elevator and refused to answer any other questions.

NEW: George Santos tells me he will NOT resign w/ @LaleeIbssa pic.twitter.com/d5rvHObxoA

In a tweet on Wednesday, Santos reaffirmed that he plans to stay in office.

“I was elected to serve the people of #NY03 not the party & politicians, I remain committed to doing that and regret to hear that local officials refuse to work with my office to deliver results to keep our community safe and lower the cost of living,” he wrote. “I will NOT resign!”

I was elected to serve the people of #NY03 not the party & politicians, I remain committed to doing that and regret to hear that local officials refuse to work with my office to deliver results to keep our community safe and lower the cost of living.

I will NOT resign!

The request amongst Republicans for Santos to step down is just another problem the GOP freshman has had to face in recent weeks. He is currently the subject of various inquiries from local and federal prosecutors about his financial dealings which could possibly lead to criminal charges.

Santos also found himself at the center of two formal ethics complaints this week after two Democratic lawmakers filed a formal complaint before the House’s bipartisan Committee on Ethics to look into whether Santos broke the law when he filed his required financial disclosures late. The Federal Election Commission was also asked to investigate his campaign funding to see if he misrepresented his spending and hid the true source of his money.

Law enforcement officials in Brazil have also announced that they are reviving fraud charges against Santos linked to a stolen checkbook in 2008.

Top Republican leaders were hesitant to hold Santos accountable before, claiming they would handle questions about him “internally,” despite reports from CNBC and the Washington Times that someone from his campaign impersonated House Speaker Kevin McCarthy’s chief of staff to get more money from donors.