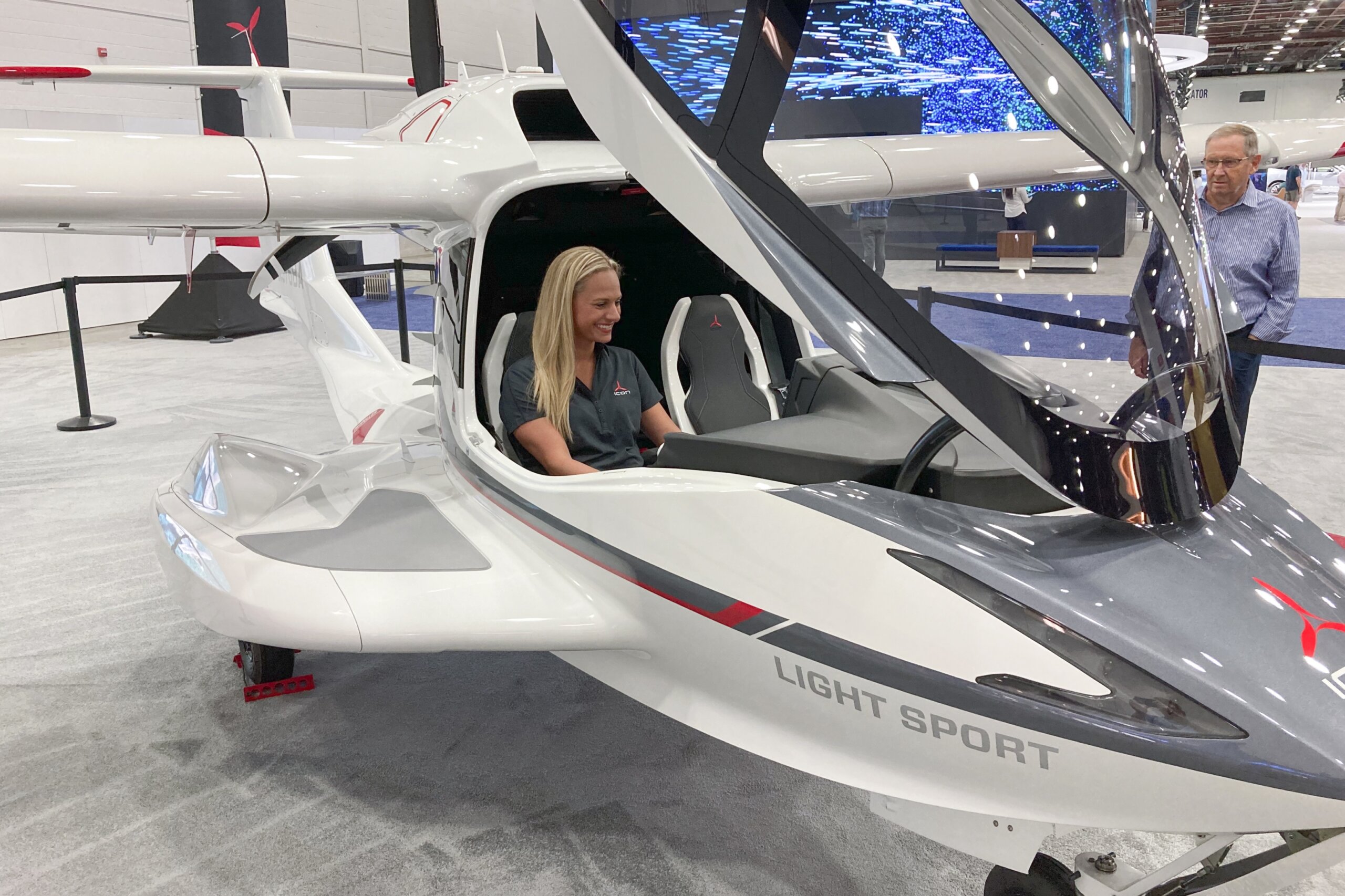 The Detroit auto show has returned after a three-year absence with a roar. And a soar.

DETROIT (AP) — The Detroit auto show has returned after a three-year absence with a roar. And a soar.

Visitors to the prestigious North American International Auto Show, which kicked off last week, can lay eyes on the latest offerings from some of the world’s biggest automakers, as they’ve been able to in years past.

But this time around, they also can check out what organizers are calling “the show above the show.”

The Air Mobility Experience features displays and demonstrations from six air mobility innovators — representing five countries — that include electric vertical takeoff and landing aircraft, a hoverbike, a hoverboard and a jet suit.

“Feels like the future,” said John George, chief creative officer of the Air Mobility Experience. “We’ve all asked this question — I know I have, since I was a kid: ‘When was that future going to arrive?’”

Show-goers can see some air mobility conveyances on display on the show floor, while others have been visible in the skies above the city.

That includes the ICON A5, a two-seat, amphibious, light-sport aircraft with retractable wings that enable owners to haul it in a trailer behind a truck, SUV or other vehicle.

Pilots from Vacaville, California-based ICON Aircraft provided demonstration flights along the Detroit River that featured landings on the waterway that separates Detroit and Windsor, Ontario.

“The reaction (of passengers) landing on the water is always my favorite,” said Suzanne Clavette, ICON’s marketing manager and a pilot who flew some of the A5 demo flights that passed by the downtown Huntington Place convention center that hosts the auto show.

NAIAS last was held in January 2019. It returned last week on a smaller scale with fewer new model debuts and journalists, and less-glitzy displays.

But hosting the show in September has allowed carmakers — including Ford Motor Co., which debuted the new Mustang at downtown’s Hart Plaza — and the air mobility companies to make use of the great outdoors.

“Honestly, I think this is the future of shows. It’s no longer just an auto show. It’s a mobility show, which gives you a glimpse of all of those vehicle types, including the ones that fly,” George said.

The show runs through Sunday.