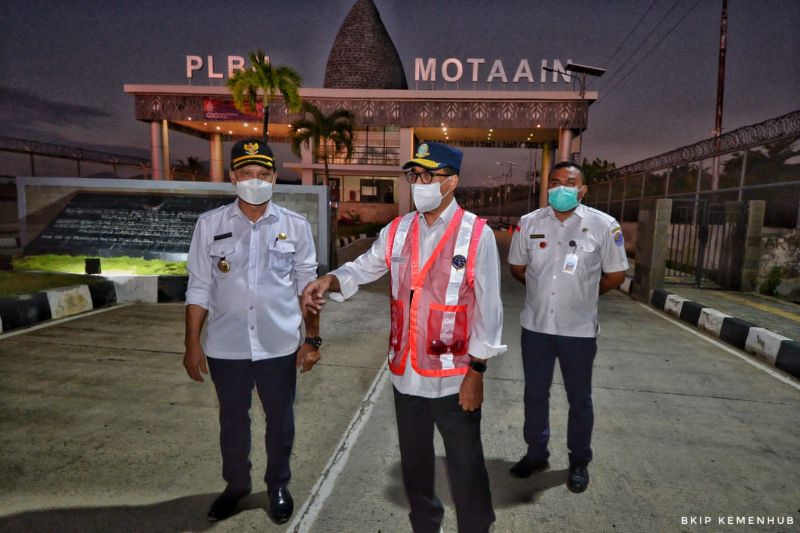 Jakarta (ANTARA) – The Ministry of Transportation is preparing infrastructure to improve transport connectivity in areas along the Indonesia-Timor Leste border.

A number of transportation infrastructures are being prepared in the land sector, including an international freight terminal (TBI) in Motaain, East Nusa Tenggara province, on the border of Indonesia and Timor Leste, the minister informed.

“This is an activity center to check the movement of goods from Indonesia to Timor Leste or vice versa,” he said.

The ministry is also preparing to operate the Damri bus on the Kupang-Dili route. The Minister of Transportation has asked Damri to prepare a study on the bus operation.

In the sea transportation sector, the government is currently building the Atapupu Port in Belu district with a state budget allocation of Rp80 billion.

“It is currently being worked on and we will adjust the depth because the district head has conveyed that there is a desire for the community to be served by larger ships,” he said.

Related news: Timor-Leste lauds Indonesia for its support in development

Meanwhile, in the air sector, the minister informed that he will evaluate the existing airports in NTT, especially at the border, such as A.A. Bere Tallo Airport in Atambua.

As a result, the connectivity could be maximized.

The opening of flight routes from several regions in Indonesia to Dili, Timor Leste, has also been proposed.

The minister expressed his appreciation to the regional government and a number of related parties, such as vocational education providers for maritime affairs and fisheries, for providing support in border areas.

“This is proof that the government is present on the tip or border of Indonesia,” he remarked.

“Thank you to the President and the Minister of Transportation for signing an agreement with the government of Timor Leste to improve connectivity on the land route from Kupang, Atambua, to Timor Leste. Hopefully, it will further increase economic activity at the border between the two countries,” he said.

On Tuesday (July 19, 2022), President Joko Widodo (Jokowi) and President of the Democratic Republic of Timor Leste, José Ramos-Horta, held a bilateral meeting to discuss cooperation between the two countries.

One of the topics discussed was efforts to strengthen connectivity both on land and at sea.