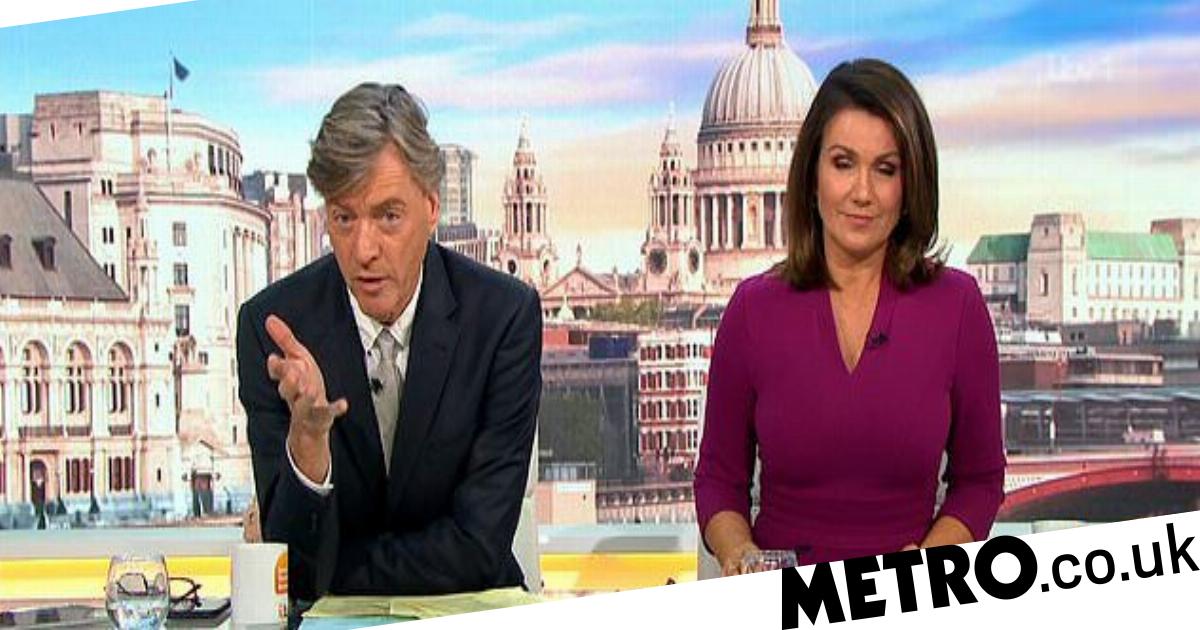 He might have been slammed for his tense interview with RMT boss Mick Lynch last month, but Good Morning Britain host Richard Madeley has doubled down on his approach.

In December, Madeley was interviewing the trade unionist about the rail strikes happening during the Christmas period when they butted heads about when exactly the festive season started.

While Lynch, who is the general secretary of the National Union of Rail, Maritime and Transport Workers, told Madeley that he was ‘ranting’, the GMB host told his interviewee he wasn’t going to ‘let you get away with nonsense’.

It sparked a strong response and Ofcom complaints from viewers who criticised Madeley for talking over Lynch.

So, when it came to a second interview between the pair on Tuesday morning, Madeley decided to address what happened last time, but made it clear he wasn’t backing down.

‘When [interviewees] don’t answer the question, therefore you have to interrupt them, because they haven’t answered your question,’ he explained.

‘They accuse me of interrupting them and not letting them finish, but they’ve already started off on the wrong path.’

‘What he was saying there was that they weren’t Christmas strikes that we all saw in December because in his books Christmas didn’t begin until Christmas Eve, which I’ve already said is clearly nonsense.’

He added: ‘You have to interrupt people sometimes, and by no means talking over them, and I don’t like doing that because it’s not good to watch is it, but sometimes you just have to do it. That’s the job.’

When it came to talking again though, things didn’t fare much better.

When Madeley brought up a point he made in their last chat about the impact of his strikes on the hospitality industry and how recent figures had estimated they had cost £1.5 billion in December and impacted business and jobs, he added: ‘It looks like I was kind of right, doesn’t it?’

Later in the interview Madeley also added that he would ‘personally try and keep any sort of personal abuse out of this’ when addressing Lynch.

During their interview last month, Madeley repeatedly interrupted Lynch and ultimately told him to ‘jog on’, after a debate on when the ‘real’ start of the festive season was

Good Morning Britain airs weekdays from 6am on ITV1.


MORE : Richard Madeley butts heads with GMB guest after claiming all Prince Harry does is ‘whinge’

Millennial Money: Up the odds of meeting money goals in 2023