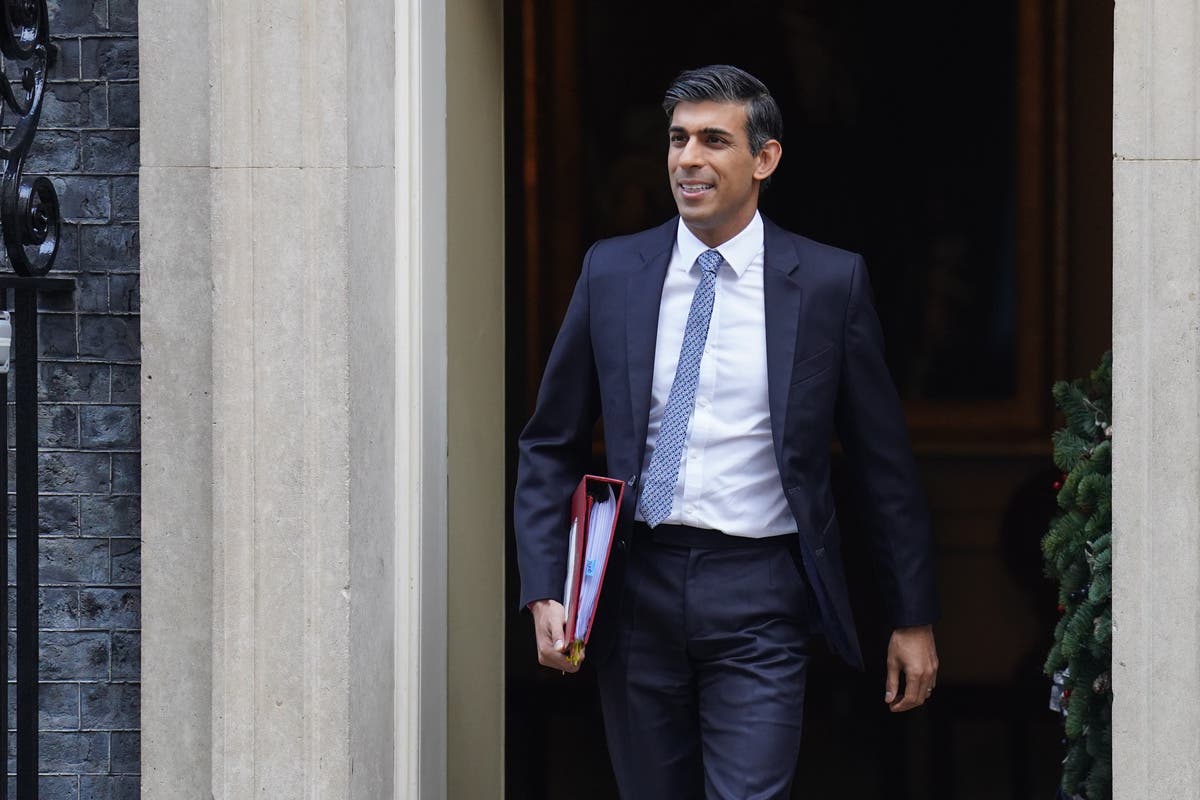 he Prime Minister has said the threat of strike action in the NHS is “very regrettable”, and stressed pay awards must be “fair” for both taxpayers and workers.

But he put the onus on unions and employers to “find a way through” the ongoing disputes, stressing the Government has already accepted independent recommendations on pay.

England faces the prospect of widespread walkouts in the run up to Christmas, with nurses set to take industrial action on December 15 and 20 and potential strike dates for ambulance workers under discussion.

Pressed on whether he is concerned about the impact of the disruption, Mr Sunak said the NHS has “very robust contingency plans” in place to ensure care continues.

But he urged unions to “sit down and talk” with employers to “find a way through this”.

“It’s very regrettable that we are seeing the threat of strike action,” he told broadcasters.

“We’ve accepted all the recommendations of the independent bodies on pay, who balance the competing needs and make sure that the awards are fair for taxpayers and workers.

“The Government has accepted those and people need to keep talking to find a way through.”

Downing Street earlier urged public sector unions heading for a series of strikes to call off their “unnecessary” industrial action and return to the negotiating table.

As the Fire Brigades Union became the latest union to begin balloting its members, No 10 expressed concern at the impact multiple strikes would have on the public as Christmas approaches.

Ambulance workers in three unions have voted to strike over pay and concerns about staffing levels.

The Royal College of Nursing is also staging two strikes this month while industrial action is continuing on the railways and among postal workers.

GMB national secretary Andy Prendergast – whose union represents some of the ambulance staff concerned – refused to rule out coordinated action with other unions.

“We will be talking to other unions… we will be looking to make sure that this has the maximum impact,” he told Sky News.

“We will be making sure that emergencies are covered, but ultimately, the Government needs to listen.

However, Downing Street urged the unions to consider the impact on the public before pressing ahead with further strike action.

The Prime Minister’s official spokesman said: “We are concerned about the impact strikes by multiple unions will have on the people of this country as we head into the Christmas period.

“We recognise that these are challenging economic times but public sector pay awards must be affordable for the taxpayer.

“We want them to keep engaging with employers, to keep talking so that we can come up with a resolution and put an end to some of this unnecessary strike action.”