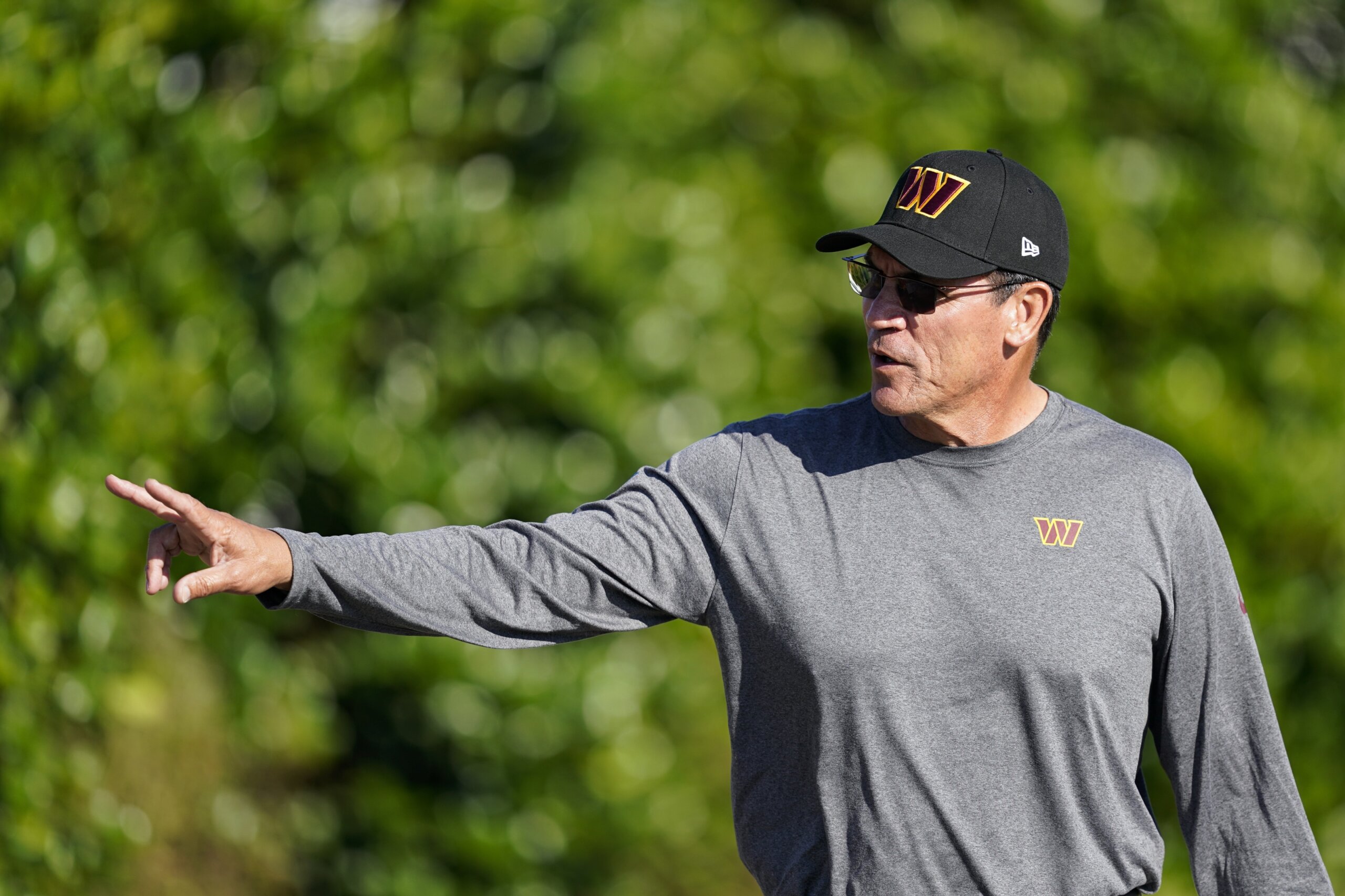 Rivera cited a “difference in philosophy,” and said assistant defensive line coach Jeff Zgonina will take over. Zgonina has spent three seasons on the defensive staff with Mills and played in the NFL for 17 years.

Week three of training camp is an odd time to make such a move, and Rivera didn’t elaborate much on it: “Just some observations … I just felt it was a change that I needed to make,” he said.

Mills spent the weekend in Canton, Ohio, where his father was posthumously inducted into the Pro Football Hall of Fame. He began his coaching career in Carolina, where he spent 15 years, nine of
them with Rivera.

Mills was hired in D.C. in January 2020. The defensive line was supposed to be one of the better ones in the league, but the results haven’t been there.

Rivera cited his history with the Mills family and called the decision “very difficult.”

“I’ve known Sam a long time and he’s a very good football coach,” Rivera said. “I really appreciate everything he’s done. He helped us win a division our first year and things got tough last year, but there’s some things that I felt I wanted to change.”

There was tension among the group last year, when Jonathan Allen and Daron Payne had to be separated after throwing punches on the sideline in Dallas. Then, this offseason, Matt Ioannidis was released and Tim Settle departed via free agency.

“At the end of the day, it’s sad,” Allen said. “I think me and Coach Sam were getting along really well. We were really making some progress as a defensive unit. It’s the NFL. People just got to
remember: It’s a great game, but a terrible business.”

Allen said he was surprised by the move, especially the timing.

“One thing I’ve learned in the NFL is that nothing is unusual,” he said. “You have to learn to expect the unexpected and as soon as you get comfortable, the NFL will surprise you. Going into my sixth year, there are very few things that will surprise me in the NFL.”

Allen also said that not much should change in the defensive line room, because Zgonina has been with them for the last three years and the players know what to expect.

Get breaking news and daily headlines delivered to your email inbox by signing up here.

© 2022 WTOP. All Rights Reserved. This website is not intended for users located within the European Economic Area.

Geezers with guns: why action heroes are older than ever