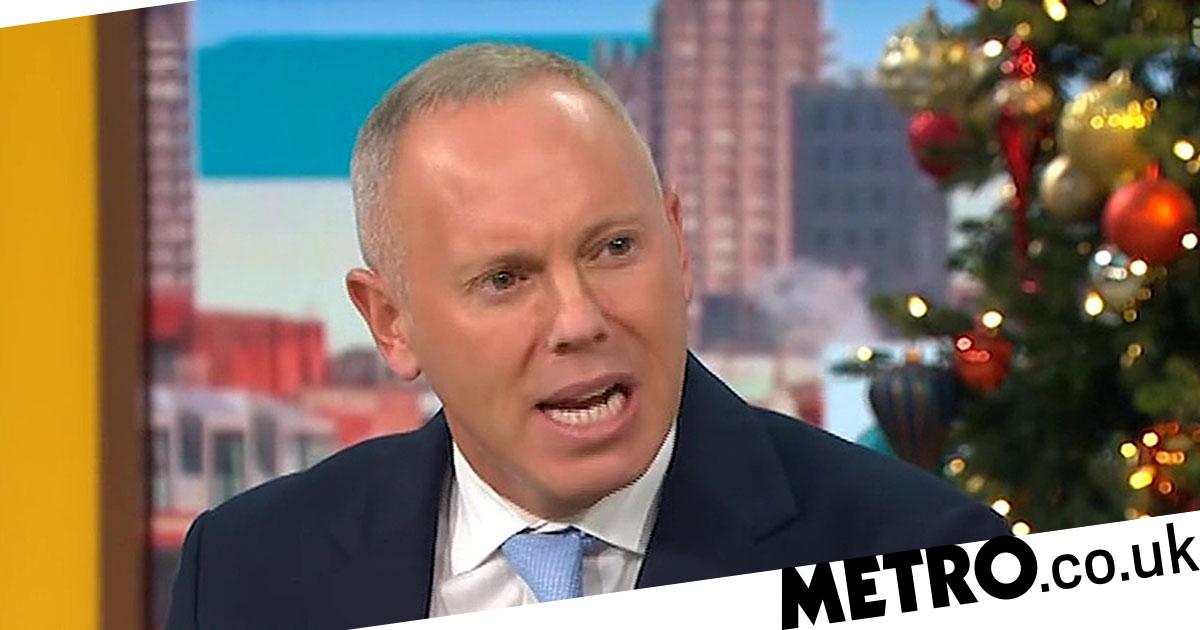 Rob Rinder has weighed in on the Qatar World Cup, saying he hopes England win as a ‘middle finger’ to Qatar’s oppression.

The barrister and TV personality, who was hosting Good Morning Britain alongside Susanna Reid, fumed over the country’s human rights record.

Qatar has laws banning same-sex sexual activity, with those found guilty given lengthy prison sentences or even the death penalty.

Reports claim thousands of migrant workers were killed during the building of the stadia, which didn’t exist a decade ago. Qatar denies this.

Women’s rights are also severely restricted in the country.

Speaking after England’s 3-0 win against Senegal, Rinder said: ‘At first I wasn’t going to watch it and now, I don’t know if you feel like this, not only do I want them to win, I want them to go and win that final and I want them to win it for the values of Britain, of Western democracy.

‘As an articulate middle finger…for every worker, all of those thousands who died, for every corrupt Fifa official that took a kick back, and for those minority communities, women and members of the LGBT community in that country that can’t be free. Boy do I hope they win,’ he continued.

‘Is that okay? Can I be a hypocrite? Can I be, if you like, a patriot for England not just winning but winning not just for sport but for England and the values that frankly, we’ve shared (not all perfect) with the rest of the world?’

Beckham has faced backlash for his ambassadorship of the country. He has been promoting tourism to Qatar in various videos, as part of a reported £10million deal.

Comedian Joe Lycett was one of those taking aim at the former footballer, threatening to shred £10,000 if he didn’t back out of the deal. Beckham never responded.

Lycett ended up donating the money to LGBT charities, but shredded Beckham’s Attitude magazine cover from June 2002, the first-ever cover of a gay magazine with a Premier league footballer on it.

Beckham is yet to address the criticism.

Good Morning Britain airs weekdays at 6am on ITV.