Robert Griffin III: I played through injury so Lamar Jackson ‘didn’t have to’ 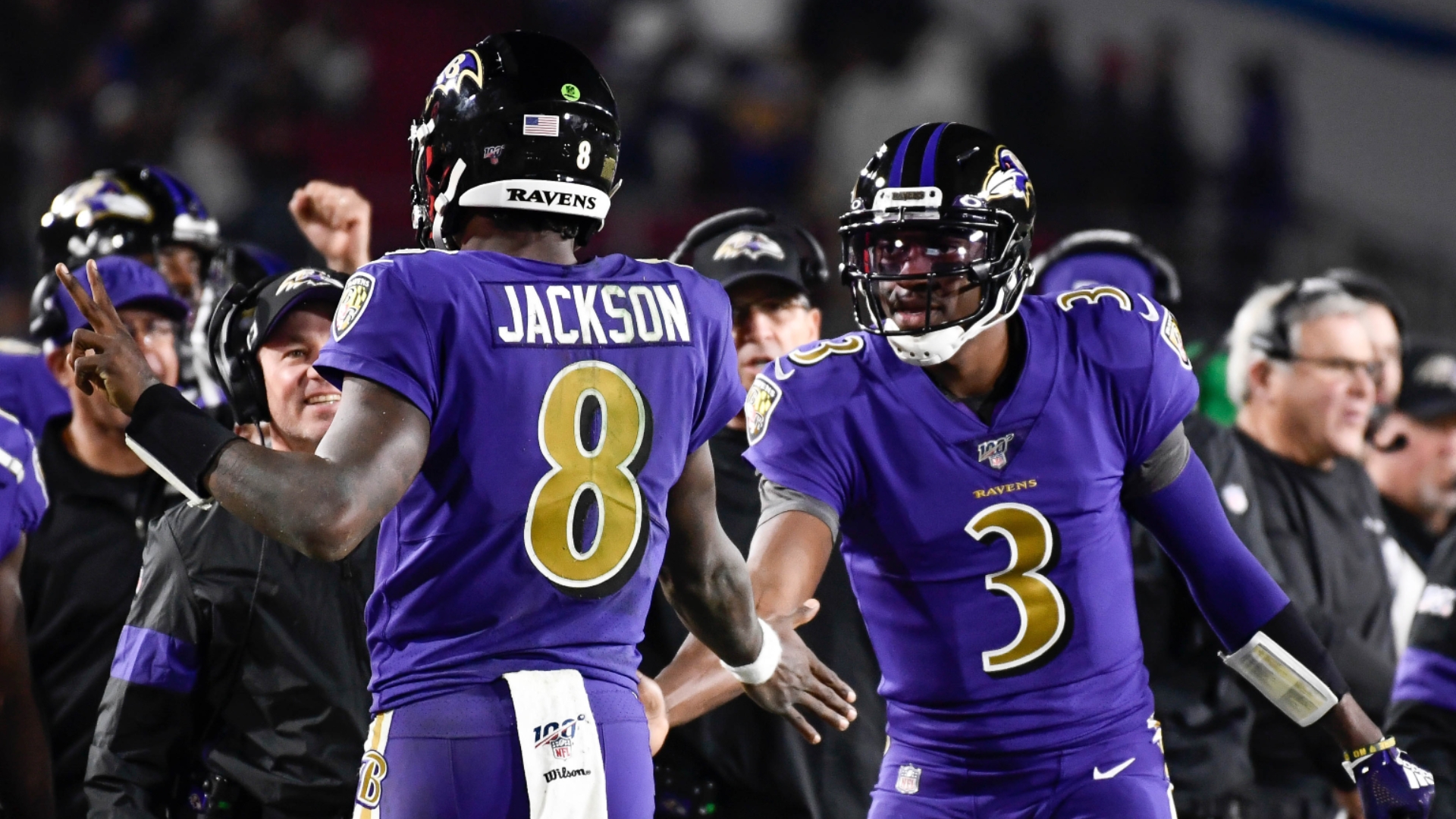 On ESPN’s pregame show on Monday, Robert Griffin III strongly defended Lamar Jackson’s decision to sit out until his fully healthy to play.

RGIII: I played through injury so Lamar Jackson ‘didn’t have to’ originally appeared on NBC Sports Washington

Baltimore Ravens superstar quarterback Lamar Jackson did not play in the club’s Wild Card loss to the Cincinnati Bengals, the sixth straight game he missed due to a PCL injury.

In the week leading up to the game, Jackson faced criticism from multiple parties about his elongated absence from the field. Ex-NFL quarterback Michael Vick said on FOX’s pregame show to “put a brace on it” and play. Vick’s co-hosts, Sean Payton on Charles Woodson, also questioned why Jackson wasn’t playing and pondered if Jackson’s contract situation had to do with it. Even one of Jackson’s teammates, newly-acquired Sammy Watkins, wondered why the QB wasn’t suiting up (Watkins eventually walked back his comments the day after the game).

Jackson did have several others come to his defense, however, including former Washington quarterback Robert Griffin III. On ESPN’s pregame show on Monday, Griffin strongly defended Jackson’s decision to sit out until his fully healthy to play. One day later, the ex-quarterback joined The Sports Junkies and further explained why he took Jackson’s side, comparing it to his own injury situation during his rookie season.

“I played so Lamar didn’t have to play,” Griffin said.

In 2012, Griffin initially injured his ACL and LCL in Washington’s Week 14 victory over the Ravens. Griffin missed the following week, but returned for Washington’s final two regular season games and led the Burgundy and Gold to an NFC East title “on one leg,” he said. In Washington’s Wild Card playoff game against Seattle, Griffin further injured both of those ligaments, which he believes altered his career trajectory.

“I played with no ACL and no LCL,” he said. “We all think that we’re Superman, we’re the toughest people in the world, that we can overcome anything. Your mindset is always, ‘I’m going to go out there and put everything on the line.’ … People say, ‘It was tough, it was brave.’ Yeah, but it was stupid. And that’s just the bottom line. It altered my career.”

Looking back on his rookie season one decade later, Griffin wishes he did what Jackson opted to do: sit out until he was back at full health.

“The whole point is what Lamar is going through right now, I lived through it already,” Griffin said. “I didn’t have anybody to tell me, ‘hey, this isn’t good, this isn’t the smart decision, this isn’t the right move.’ If I had that hindsight being 20/20, I would have never played the rest of that year, let alone in that playoff game.”

Griffin, the Offensive Rookie of the Year in 2012, rushed his recovery process to return for Washington’s opener in 2013, but the quarterback was far from his old self when he came back. Griffin’s sophomore season was rough for both he and the team, as head coach Mike Shanahan and his son, offensive coordinator Kyle Shanahan, were let go after the 3-13 season.

Griffin struggled (and was later benched) under new head coach Jay Gruden the following season and then he lost the starting job to Kirk Cousins in 2015, Griffin’s final year with the club. Griffin signed with the Browns and later Baltimore, but was never able to solidify his spot as a starter elsewhere.

So, it’s more than fair to say Griffin’s injury changed the trajectory of both his time in Washington and his NFL career entirely.

For Jackson, many of the complaints from those who wanted to see him play were that the recovery process had been taking longer than expected. After the initial injury, the Ravens estimated Jackson would be out for 1-to-3 weeks. Just days before the playoff game, Jackson tweeted that his knee still was swollen and remained unstable, preventing him from being able to play.

Like Griffin once did, Jackson relies on his legs a ton to make plays; he’s just as dynamic as a runner, if not more, as he is a passer. The former Washington quarterback understands why Jackson wouldn’t want to play until his leg is back to full health.

“The simple fact is he couldn’t go out there and be Lamar Jackson,” Griffin said. “When I played those last few games of the year in 2012 and in that playoff game, I wasn’t able to be my complete self. … At the end of the day, if you can’t go out there and be healthy, you shouldn’t be out there playing, especially at a position like quarterback.”

It’s worth noting that several of Jackson’s teammates showed support for their QB after the game, including franchise cornerstones Marlon Humphrey and Mark Andrews. Both made it clear they hope Jackson, whose rookie contract expires after this season, is back with Baltimore next season on a long-term deal.

Ironically, Griffin’s final three NFL seasons were with the Ravens where he served as Jackson’s backup. Griffin said the two spoke at length about how his knee injury altered his career and how he would’ve approached it differently if he had the chance.

“Me and Lamar had many conversations about that in my three years in Baltimore,” Griffin said. “I’m happy for him that he’s not making the same decision I did.”