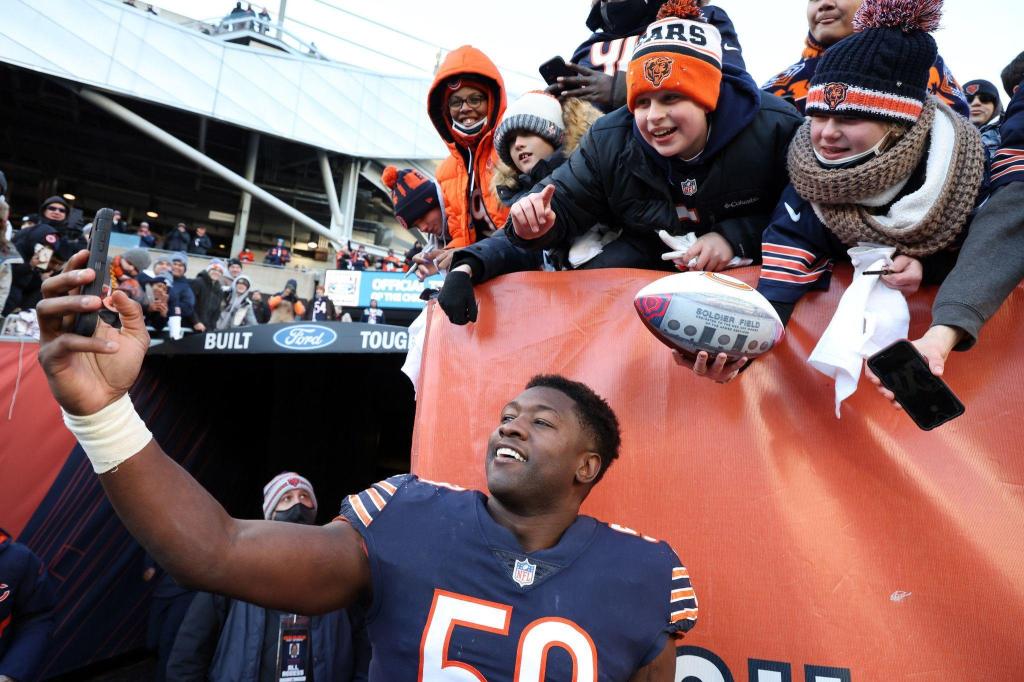 Chicago Bears linebacker Roquan Smith is not planning to participate in the early stages of training camp, according to an NFL Network report, because he is unhappy with the direction of negotiations for a possible contract extension.

It is unclear at this point whether Smith will report to camp on time Tuesday but decline to partake in practices, therefore avoiding fines for being a camp absentee. His other option would be to hold out from camp altogether — and be subject to the accompanying financial punishment — until contract talks move in a direction he approves of.

Smith is entering the fifth season of his rookie contract and is viewed by most around the NFL as the biggest building block on a Bears defense that has undergone major changes the last two seasons. Smith was a second-team All-Pro in each of the last two seasons and is set up to be a major difference maker in coach Matt Eberflus’ defense.

But after undergoing a regime change last winter, the Bears’ new front office evaluators and coaches may want to get a longer look at Smith on the field, gauging his fit and production within the new scheme before furthering conversations on how his long-term worth to the organization should be set.

At the owners meetings in March, new Bears general manager Ryan Poles was asked about his efforts to get an extension for Smith figured out before the regular season began.

“If he’s the guy that I think he is, that’s something we have to address,” Poles said. “I think he’s a really good linebacker and in this defense with Matt and (defensive coordinator) Alan (Williams), there’s a good chance he’s going to have a really good year. … Obviously the earlier you get to that (extension), the better. But also with a new staff, we may wait a little bit.”

Smith was the Bears’ top overall draft pick in 2018, selected No. 8 overall by then-GM Ryan Pace. Without a signed contract in the summer of his rookie season, Smith held out of training camp for 29 days and missed 15 practices. Upon returning to the field that August, he suffered a hamstring injury during his first week practicing and needed several weeks to return to full strength. (As the Bears eased him back into action, he did not start the season opener against the Green Bay Packers at Lambeau Field.)

Smith’s current contract has a base salary of $9.375 million for 2022, according to spotrac.com, as part of the fifth-year option the Bears exercised more than a year ago. His current deal is set to expire next March, at which point he would become an unrestricted free agent if an extension still hadn’t materialized. Smith has expressed his interest in continuing his career with the Bears.

Those deals likely provide a ballpark for what Smith could be seeking as he looks to continue his career with the Bears. But as of this spring, the fifth-year linebacker was still without agent representation, another complicating factor in contract talks.

The Bears will report to training camp as a full team Tuesday with the first practice scheduled for 10 a.m. Wednesday. Poles and Eberflus are scheduled to speak with media members Tuesday morning.

EDEN CONFIDENTIAL: Rocker Roger Taylor drums up a protest over a gatehouse at his mansion