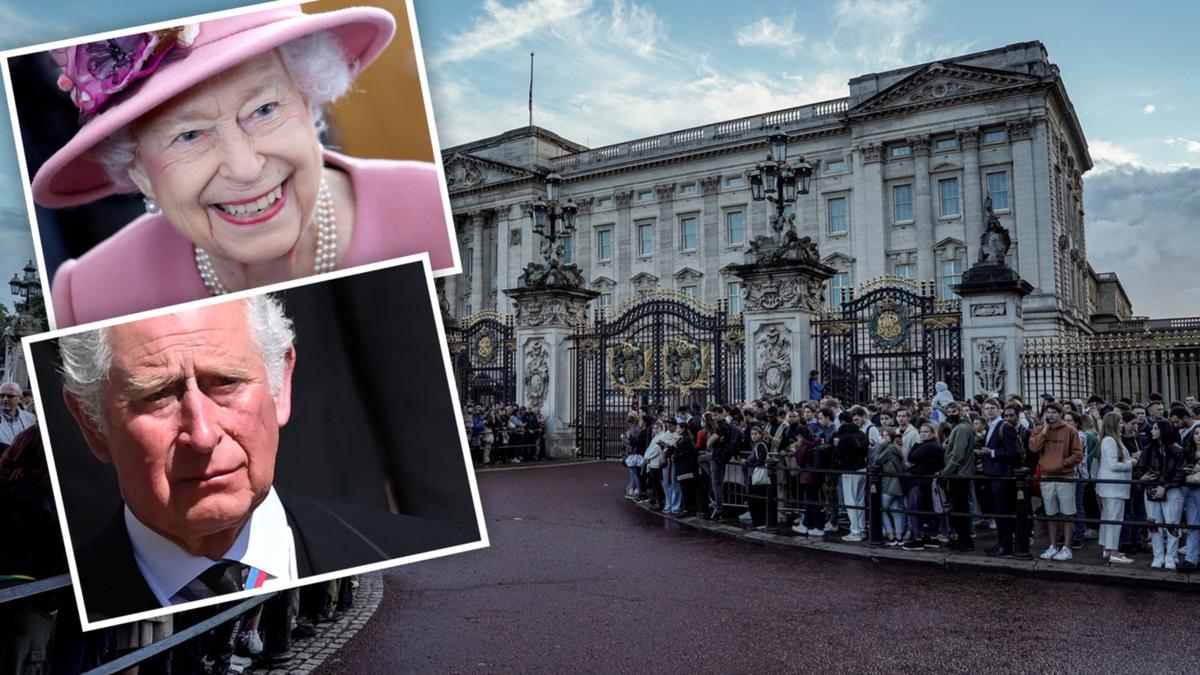 The royal family have entered a period of mourning following the death of Queen Elizabeth.

The monarch passed away on Thursday (08.09.22) at her Balmoral estate at the age of 96 and her son, King Charles, has declared an official mourning period will go on until seven days after the queen’s funeral, though a date for that has yet to be set.

A statement from Buckingham Palace read: “Following the death of Her Majesty The Queen, it is His Majesty The King’s wish that a period of Royal Mourning be observed from now until seven days after The Queen’s Funeral.

“Flags at Royal Residences were half masted yesterday, Thursday 8th September, and will remain half-masted until 0800hrs on the morning after the final day of Royal Mourning.”

Meanwhile, Buckingham Palace have also issued guidance on how the British public can contribute to the period of national mourning and explained where floral tributes can be left at royal residences.

Those flocking to the queen’s official London abode, Buckingham Palace, are asked to take their flowers to dedicated sites in nearby Green Park or Hyde Park, with any left outside the palace’s gates moved to The Green Park Floral Tribute Garden by The Royal Parks.

At Balmoral, where the queen was still on holiday when she died, floral tributes can be left at the Main Gate.

Mourners taking tributes to Windsor Castle, where the queen was based for the last few years of her life, are asked to take them to Cambridge Gate on the Long Walk. The flowers will be brought inside the castle every evening and placed on the Castle Chapter grass on the south side of St George’s Chapel and Cambridge Drive.

Members of the public are asked to set down their offerings at the Norwich Gates at the Sandringham Estate, and at Hillsborough Castle, they may be laid in front of the main gates at the Castle Forecourt.

Finally, at the Palace of Holyroodhouse, mourners should give their flowers to the Wardens at the entrance to The Queen’s Gallery. Those flowers will be laid on the Forecourt grass in front of the North Turret of the Palace.

Information on floral tributes at other public buildings and locations will be issued separately by the Cabinet Office.

SATURDAY, IN A SPECIAL 32 PAGE COMMEMORATIVE LIFTOUT, THE WEST AUSTRALIAN PAYS TRIBUTE TO THE EXTRAORDINARY LIFE OF HER MAJESTY QUEEN ELIZABETH II. WE CELEBRATE HER LIFE, FROM EARLY CHILDHOOD AND HER ASCENSION TO THE THRONE, TO LIFE WITH HER BELOVED PRINCE PHILLIP AND FAMILY. DON’T MISS THIS SPECIAL EDITION OF THE WEST AUSTRALIAN ON SATURDAY.

Premier League games off as ‘mark of respect’ to queen

It doesn’t matter how many followers you have: Jennifer Ellison on surviving SAS