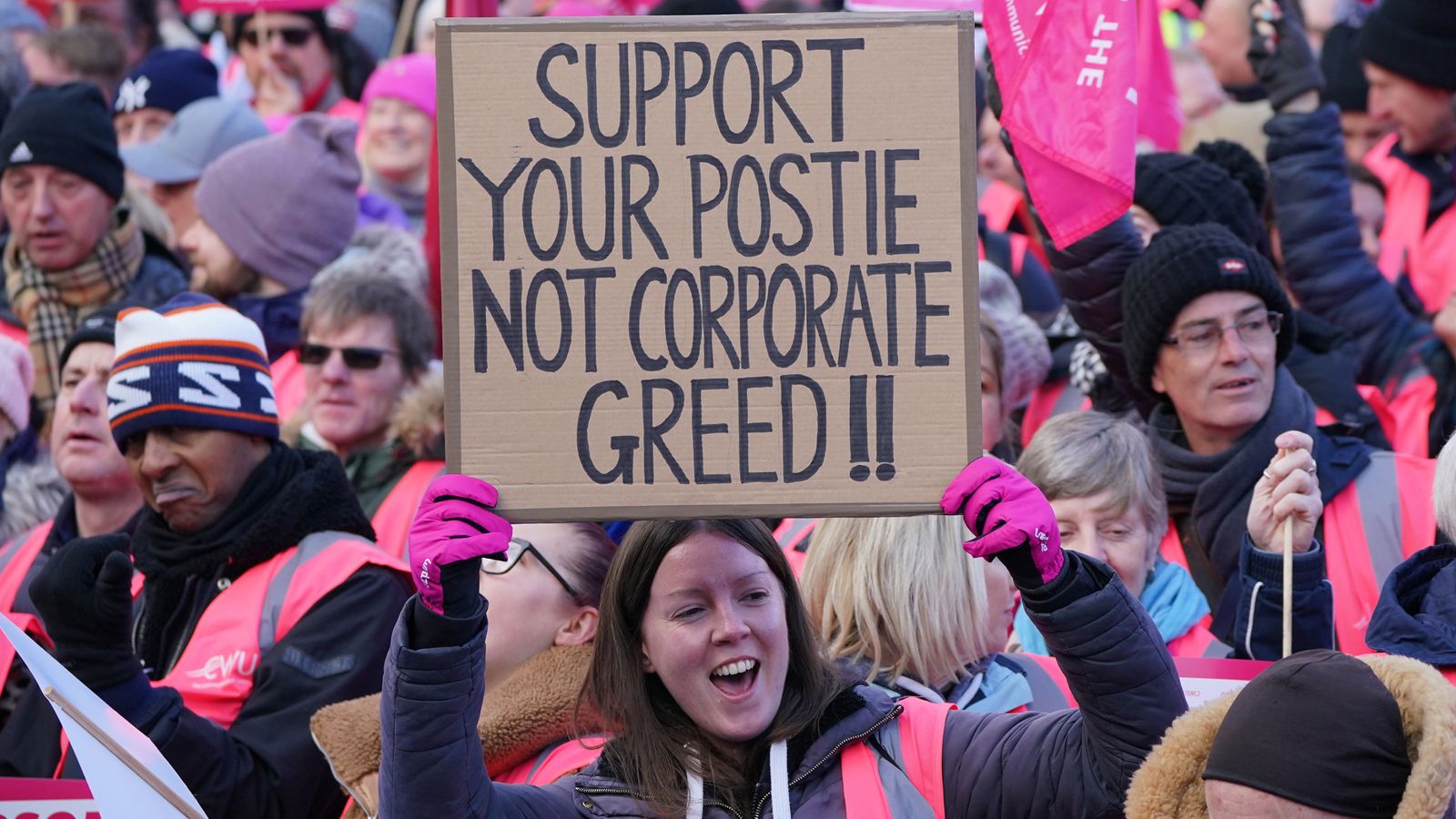 The CEO of Royal Mail is facing questions over his half-a-million-pound salary and £140,000 bonus – despite the worsening state of the service and workers striking over pay and conditions.

In a hearing with the Business, Energy and Industrial Strategy (Beis) committee, Royal Mail boss Simon Thompson was grilled by MPs over his annual salary of £540,000 – which is more than 2` times the £25,700-a-year average postal worker’s salary.

Nick Read, the chief executive of Royal Mail, also confirmed his yearly salary is £415,000 and he got a £400,000 bonus last year, after Labour MP Darren Jones said some postmasters were paying themselves below the minimum wage and “struggling to make ends meet”.

Their earnings emerged as the postal workers union warned its members are likely to vote for another six months of industrial action and accused the company of “waging war” on striking staff.

Representatives from the Communication Workers Union (CWU) told MPs the long-running and bitter dispute is not close to being resolved and “clearly it is not an issue of affordability” – pointing to the salaries and bonuses of Royal Mail bosses.

During the session, CEO Mr Thompson was asked to justify his £140,000 bonus when the company is operating at a loss of around £1m a day and seeking to make thousands of redundancies to cut costs.

Labour MP Ian Lavery asked: “Are you really worth that amount of money, Mr Thompson?

“For the obvious financial failure of Royal Mail, who you’ve already said is facing extreme difficulties under your watch, how do you get a bonus for that?”

Mr Thompson argued that “last year is different to this year”, adding: “This year we are losing £1m a day – the situation is a very serious situation.”

Mr Thompson was also questioned over plans to slash sick pay for workers – but said only that Royal Mail was “in discussions about how it is that we can make some adjustments that would impact a small proportion of the team to encourage them back to work”.

Read More:
Royal Mail cyber attack carried out by Russian-linked ransomware gang
Fresh wave of strikes this month – who is taking action and when

His answers drew the ire of several of the committee MPs, who accused him of evading the questions put to him and warned him not to mislead parliament.

CEO questioned on changes to bonuses

Mr Thompson was questioned over recent changes made by the Royal Mail board, which mean company bonuses are based on shareholder value rather than the revenues and profits of Royal Mail.

Mr Jones asked: “If you cut costs, cut investments, cut the workforce, and still deliver a large dividend, you still do well on that don’t you?”

Mr Thompson did not answer the question, but agreed that “there was that change” to how performance was assessed.

When asked whether he recognised things had not been going very well at Royal Mail since he took charge, he said: “I think that clearly there are some things that have not gone as well as we would have wanted, I understand that.

“I don’t think anyone would have wanted the disruption that we have had on our customers over the last nine months, I think that is absolutely clear.”

CWU members in Royal Mail staged 18 days of strike action during the second half of 2022 over pay, jobs and conditions, including on key shopping days over the Black Friday sales period in December.

The union is preparing to ballot its more than 100,000 members over further national strikes, saying fresh talks are not heading towards an acceptable agreement and six more months of action is likely.

Union officials said while pay is one of the issues in the dispute, they are mainly concerned with the way Royal Mail is being run.

Dave Ward, head of the CWU, claimed Royal Mail is using what he said is known as a “punishment charter” to intimidate striking workers. 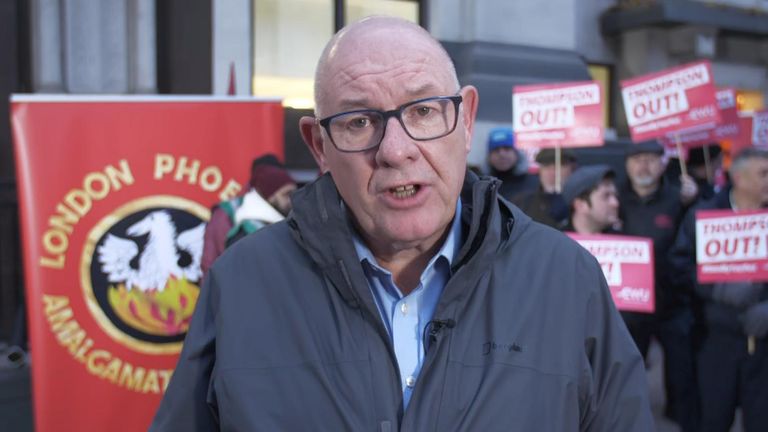 Dave Ward, general secretary of the Communication Workers Union, explains the difference between what his members have been offered and what they would ‘probably’ accept.

He said union representatives have been suspended, and when striking staff go back to work, they are denied normal levels of overtime and threatened if they fail to complete their work in time.

The CWU also accused the Royal Mail of deliberately running down universal services – which obligates the group to deliver letters to every address in the UK six days a week and parcels five days a week – with the intention of off-loading them.

The group recently asked the government to axe Saturday deliveries, cutting its service from six days to five, but this has so far been refused by ministers.

Mr Ward said: “The company do not see the universal service as an advantage. They see it as a financial burden.”

But Thompson said the group is “very proud to be the provider of the universal service”.

On the status of talks to end strikes, Mr Thompson said negotiations with the CWU had resumed following a conversation on New Year’s Eve with Mr Ward.

He said: “What we really need here is everybody pointing in the same direction so that we can reinvent Royal Mail for the next generation, which means we can compete in the parcels market.”

He added that it was a “very urgent situation, as £1m of losses a day is not something that’s sustainable forever”.

“It would be good to get an agreement as soon as we can,” he said.

8 epic things to do at Houston’s Hermann Park

Single women are racing ahead of men in homeownership. Here’s why.