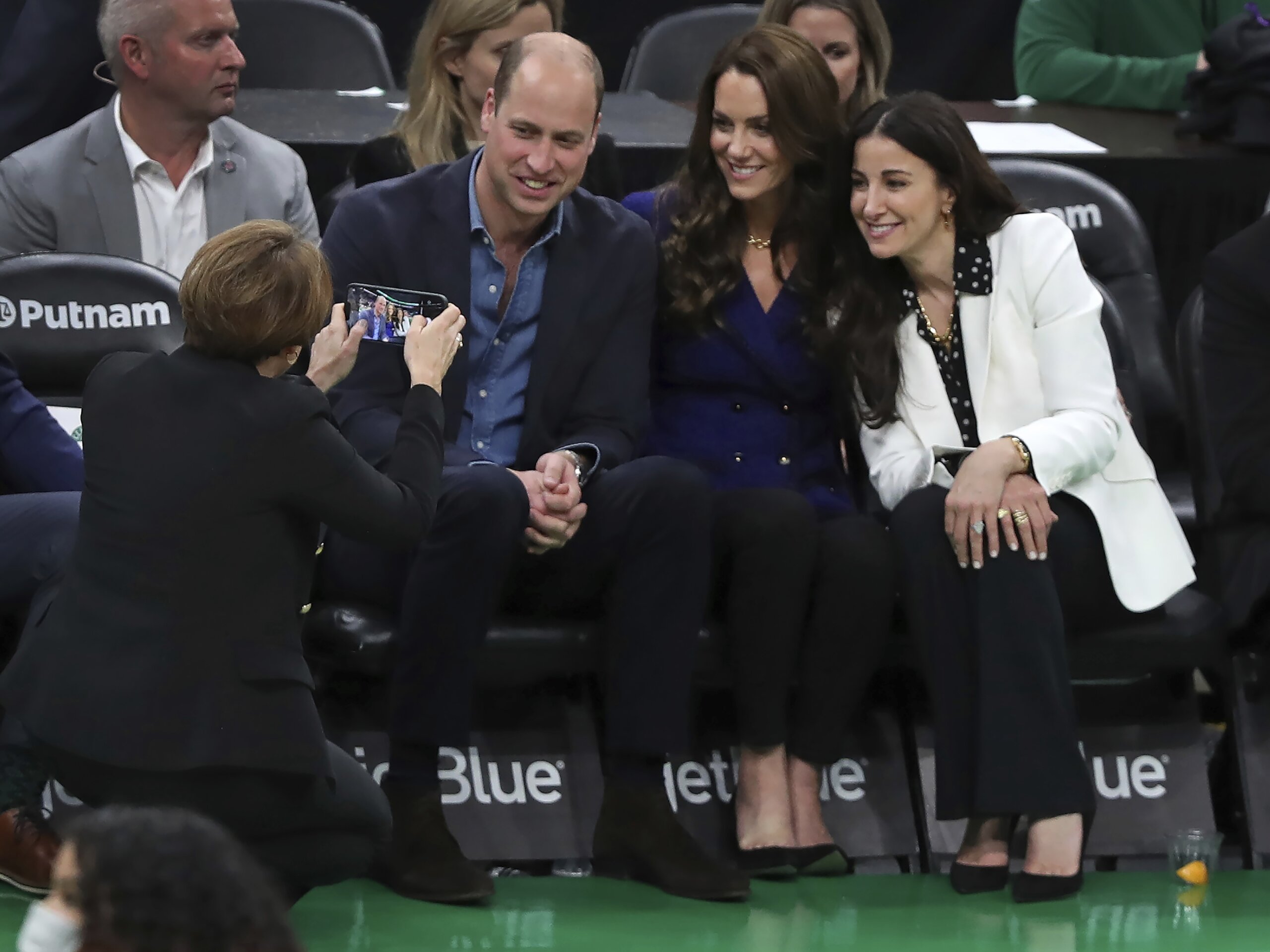 SOMERVILLE, Mass. (AP) — The Prince and Princess of Wales got a first-hand look at some groundbreaking innovations at a…

SOMERVILLE, Mass. (AP) — The Prince and Princess of Wales got a first-hand look at some groundbreaking innovations at a green technology startup incubator in suburban Boston on Thursday, then made a visit to an organization that for decades has worked to raise up young people struggling amid poverty and violence.

William and Kate, who are making their first overseas visit since the death of Queen Elizabeth II, were welcomed by hundreds of cheering onlookers at both locations, part of their three-day effort in the U.S. to foster new ways to address climate change.

The visit started Wednesday with a reception at Boston City Hall and a trip to a Boston Celtics basketball game. It culminates Friday with the awarding of the prince’s signature Earthshot Prize, a global competition aimed at finding new ways to protect the planet and tackle climate change.

The trip also comes amid uproar back home over an 83-year-old honorary member of the royal household who reportedly asked the Black chief executive of an east London women’s refuge where she “really came from” after she told the older woman that she was British. Some said the incident was an example of wider issues of racism at Buckingham Palace.

On Thursday, William and Kate stopped by Roca Inc., a nonprofit north of Boston that strives to halt the cycle of incarceration, poverty, unemployment, substance abuse, pregnancy and racism faced by young men and women ages 16 to 24, many of whom have lost trust and hope.

During the visit, the royal couple met with two young men involved in the program.

“Well I hope you give yourself a pat on the back as well, you got yourself here,” the prince told Jonathan Williams. “These guys have provided you with the support and the outside bit, but you’ve done it yourself.”

The couple also talked to some participants in Roca’s program for young mothers. The parents of three even showed off their parenting skills while interacting with some of the children, at one point helping a little girl look for her mother.

The royal couple then spent about 10 minutes with the crowd, talking, taking selfies, and receiving gifts of books and flowers.

Before heading to Roca, the couple went to Greentown Labs in Somerville, where they were greeted by CEO Emily Reichert, Mayor Katjana Ballantyne as well as Joe Curtatone, the former mayor of the city just north of Boston who is now the president of the Northeast Clean Energy Council.

Since its 2011 founding, Greentown, the largest climate technology startup incubator in North America, has supported more than 500 companies that have created more than 9,000 jobs.

While at Greentown, the royal couple chatted to Shara Ticku, CEO of c16 Biosciences, a company developing decarbonized alternatives for the consumer products supply chain, starting with a sustainable alternative to palm oil. “Oils today come from animals or plants,” Ticku said. “We made this from fungi.”

At Open Ocean Robotics, CEO and cofounder Julie Angus told the prince and princess about their solar-powered autonomous boats, which provide real-time information about the oceans. Angus had a computer and monitor on her table, showing data of a real boat out in the harbor in Victoria, British Columbia, where the company is based.

“Five knots? That’s quite quick,” the prince said, looking at the screen. “It’s amazing it hasn’t capsized,” he added. Angus noted that the boats are able to self-right.

William and Kate also chatted with Katherine Dafforn, co-founder of Living Seawalls, an Australian company that designs environmentally friendly ocean infrastructure. “For all of us, time is ticking,” William said.

Upon their departure from Greentown Labs, Kate received flowers from 8-year-old Henry Dynov-Teixeira, who was wearing a King’s Guard costume.

Thursday’s agenda also included a visit to the Boston waterfront, which is threatened by rising sea levels.

The royal couple’s first trip to the U.S. since 2014 is part of the British royal family’s efforts to change their international image. In the wake of Elizabeth’s death, King Charles III, William’s father, has made clear that his will be a slimmed-down monarchy, with less pomp and ceremony than its predecessors.

That includes a focus on the Earthshot Prize, which offers 1 million pounds ($1.2 million) in prize money to each of the winners of five separate categories: nature protection, clean air, ocean revival, waste elimination and climate change. The winners and all 15 finalists also receive help in expanding their projects to meet global demand.

The winners are scheduled to be announced Friday at Boston’s MGM Music Hall as part of a glitzy show headlined by Billie Eilish, Annie Lennox, Ellie Goulding and Chloe x Halle. The show will also feature videos narrated by naturalist David Attenborough and actor Cate Blanchett.