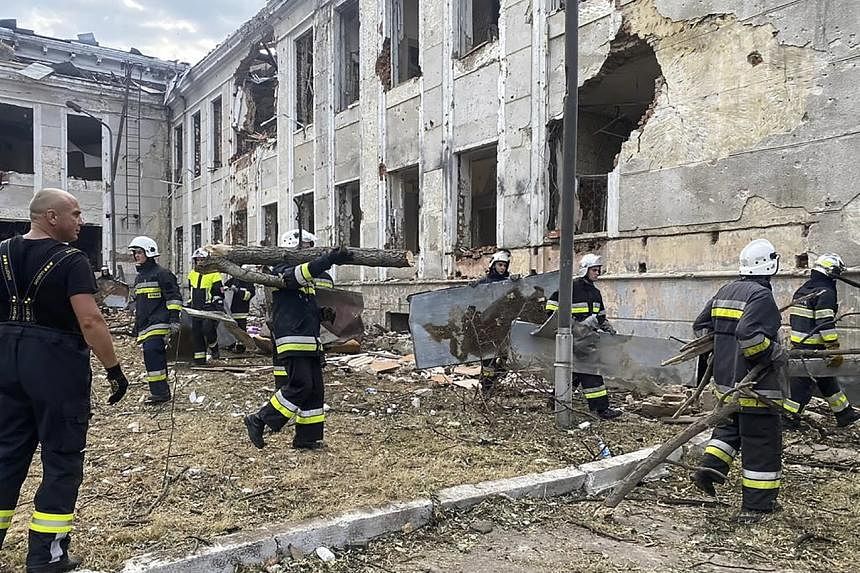 KYIV (REUTERS) – Russian forces kept up their bombardment of cities across Ukraine, with intense shelling of Sumy in the north, cluster bombs targeting Mykolaiv and a missile strike in Odesa in the south, authorities said on Tuesday (July 19).

After failing to capture the capital Kyiv at the outset of the invasion on Feb 24, Russia has shifted to a campaign of devastating bombardments to cement and extend its control of Ukraine’s south and east.

Over the weekend, Mr Zelensky suspended the country’s security chief and top prosecutor, saying they failed to purge Russian spies from their organisations.

Despite his disclosure of Russian penetration of the SBU, US officials on Monday said Washington would continue sharing intelligence that US officials have said Kyiv uses to respond to Moscow’s attacks.

This week could be pivotal for European countries concerned about the impact of war and sanctions on gas supplies.

Russia is due to reopen its main natural gas pipeline to Germany, Nord Stream 1, in coming days after regular maintenance, but Europeans are worried Moscow could keep it closed.

Russia’s Gazprom, which operates the pipeline, has told customers in Europe it cannot guarantee gas supplies because ofv”extraordinary” circumstances, according to a letter seen by Reuters, upping the ante in an economic tit-for-tat with the West.

In Odesa, a Russian missile strike injured at least four people, burned houses to the ground and set other homes on fire, Mr Oleksii Matsulevych, a spokesman for the regional administration, said on his Telegram channel.

More than 150 mines and shells had been fired on the Sumy region, Mr Dmytro Zhyvytskyi, the head of the Sumy regional military administration, said on Telegram.

Mike Pompeo launches new campaign to combat what he says is…