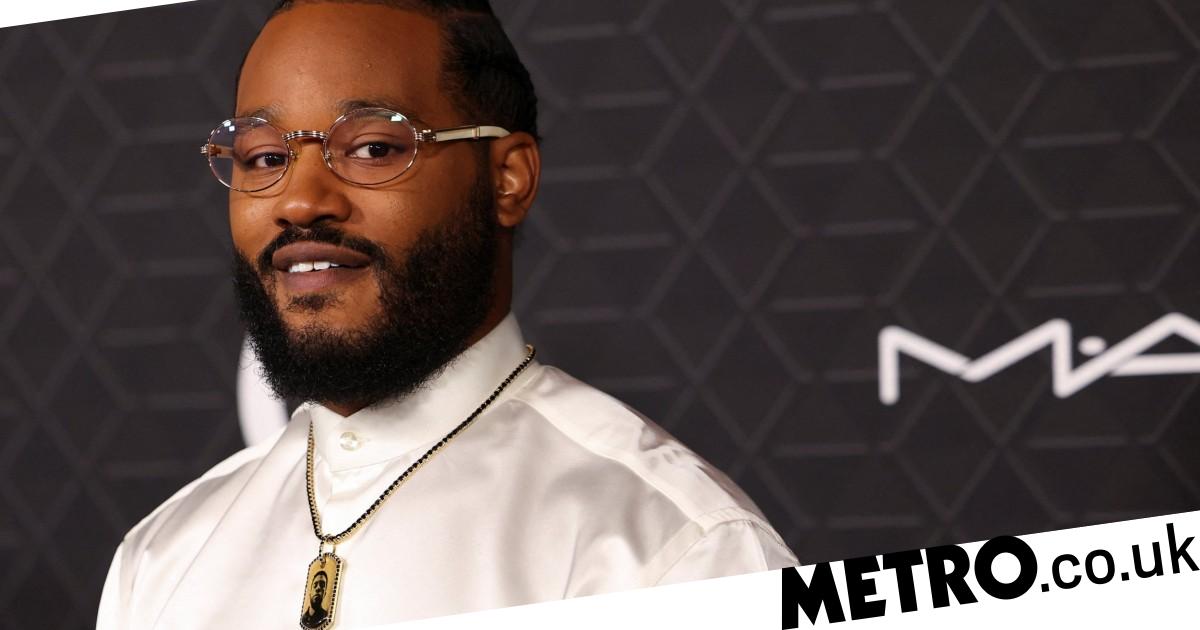 It was the first film in the series without Boseman and saw the likes of Lupita Nyong’o, Angela Bassett, Danai Gurira and Winston Duke reprise their roles from the 2018 film.

At the end of the film, Nakia (Lupita Nyong’o) brings a young boy down to the beach and introduces him as her son with T’Challa (Boseman) to Shuri (Letitia Wright).

Initially, Coogler’s plan involved showing how T’Challa missed the first five years of son Toussaint’s life because Thanos snapped him out of existence.

‘The first scene was an animated sequence. You hear Nakia talking to Toussaint. She says, “tell me what you know about your father.”

‘You realize that he doesn’t know his dad was the Black Panther. He’s never met him, and Nakia is remarried to a Haitian dude,’ he added.

‘Then, we cut to reality and it’s the night that everybody comes back from the Blip. You see T’Challa meet the kid for the first time.’

Speaking on Marvel’s official Black Panther podcast, Director Coogler also revealed in a final call with Boseman, the actor had turned down reading the script for the second Black Panther film – and he soon learned the sad reason why.

‘I had just finished it [Black Panther 2 script]. My last conversation with him was calling him and asking if he wanted to read it before I got notes from the studio.

‘That was the last time we spoke, and he passed maybe a couple of weeks after I finished. […] He was tired, bro. I could tell he was tired.’