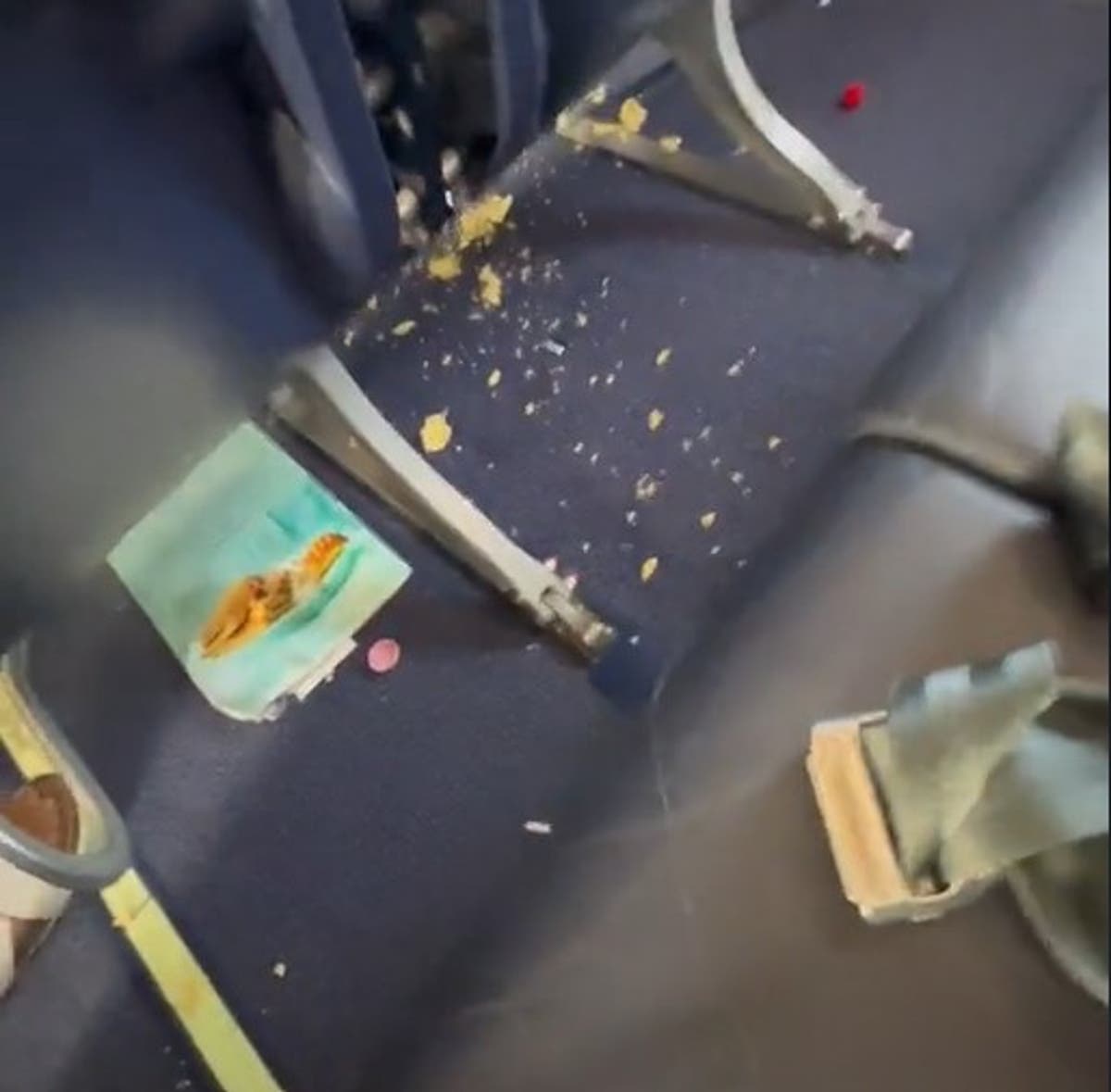 A travel-loving couple on TikTok has slammed Ryanair for what they called “the dirtiest flight ever” in a viral video that has had over two million views.

TikTok users @ScottandSals, who post videos of their holidays and adventures, named and shamed the budget airline as they filmed navy plane seats and carpet sprinkled with crushed crisps or biscuits.

“We boarded the dirtiest Ryanair flight ever today…” the pair captioned the video.

“Cabin crew told us they don’t clean between flights.”

In the video, the woman is seen pointing out the mess to cabin crew, before sitting down and zooming in on what appears to be a dense pile of crisp crumbs crushed into the floor of the aircraft.

Under the seat in front of her is what appears to be a large box of crisps or biscuits.

“Still can’t believe we paid for this,” the influencers added in the comments.

However, some budget passengers defended the messy state of the plane, pointing to the swift turnaround times carriers such as Ryanair factor into their schedule.

“They have 25 minutes on the ground, they can barely complete safety checks let alone cleaning duties,” wrote a follower named Henry. “Don’t blame them, blame the people who left it.”

Others pointed to the airline’s famously low fares. “If my flight is 20 quid I can handle a few crumbs,” quipped one user.

“Is a bus cleaned between every route…? No! Ryanair is literally a bus in the sky,” wrote Geminem.

A flight attendant called Jasmine was moved to respond to the video, commenting: “Hey I work for Ryanair, we have a 25 min turnaround to get everyone off and on for the next flight, we don’t have time to clean biscuit crumbs up.”

“A quick brush wouldn’t hurt though,” replied Scott and Sals.

Another flight attendant weighed in, saying: “My airline has an eight-minute turnaround and we still manage to hoover. Pringles should be banned to under 18s.”

“Unfortunately seen worse. Also they don’t pay us to clean so we stopped doing it,” said a third airline staffer.

A Ryanair spokesperson told The Independent: “Our aircraft are cleaned during every turnaround.”

Last week air travellers were shocked when a Qantas passenger shared video of thick dust rising from a plane seat on one of the carrier’s flights.

The man posted the clip of himself hitting what looks like a normal, black plane seat beside him, causing a dense puff of white dust to spring up into the seatback in front.

Is the market out of bear territory? It’s complicated.