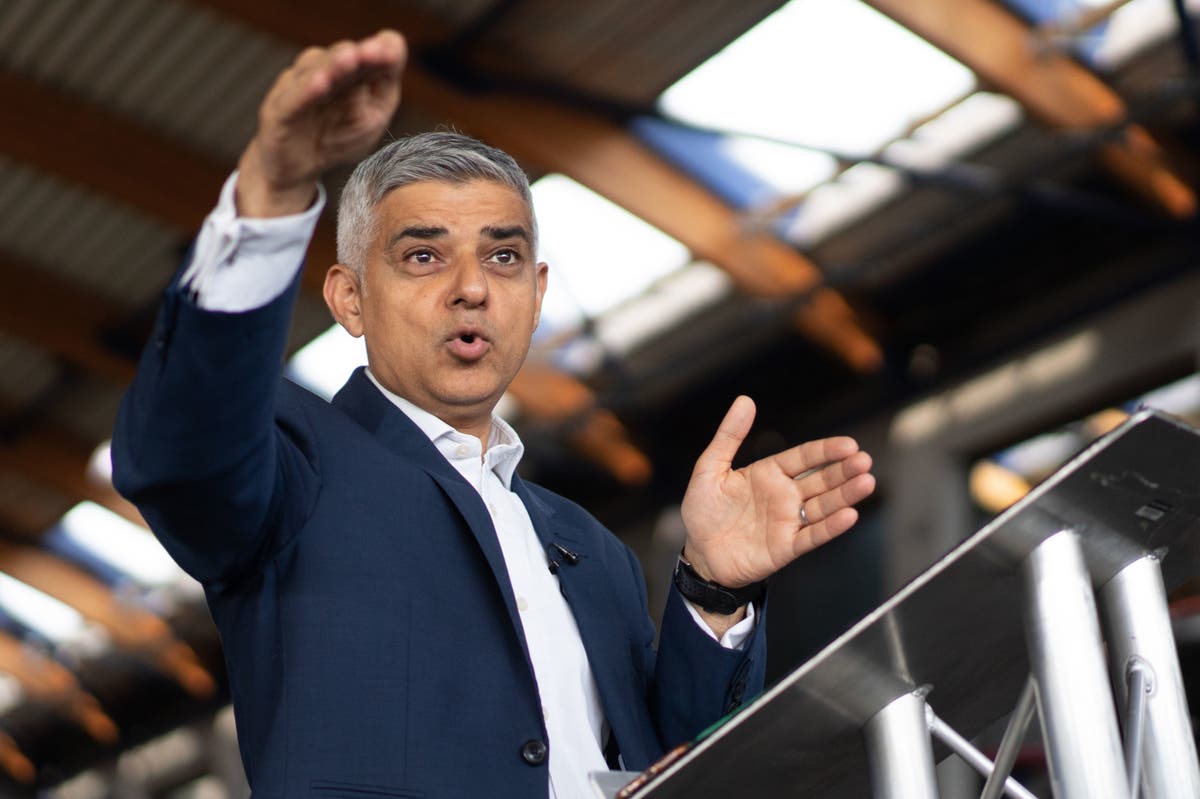 ondon should be able to set its own immigration rules to ensure there are enough skilled workers to run essential services, according to Sadiq Khan.

The mayor will use his annual set-piece speech on Thursday night to call for a reformed relationship with Europe – and an end to the “vow of silence” about the “immense damage” being caused by Brexit.

But his call for a “pragmatic debate” about the merits of joining the single market and customs union – which could make it easier for European workers to enter the UK – puts him at loggerheads with Labour leader Sir Keir Starmer, who has ruled it out.

Mr Khan will tell the London government dinner at the Mansion House that the loss of more than 80,000 EU-born workers was putting a “huge strain” on the capital’s hospitality and construction industries.

He is expected to say: “The number of businesses in our city experiencing at least one skills shortage has now risen to almost seven in 10.

“Devolving powers to London and allowing us to create a regional shortage occupation list would be one way to give businesses the ability to attract and retain talent in the areas they need it most.”

Mr Khan claims the Government is failing to admit the damage being caused by its “hard-line” version of Brexit.

He said it was “a drag on growth, investment, and trade” – but fixing it would shorten the recession.

“We can’t, in all good conscience, pretend that it isn’t hurting our people and harming our businesses,” he will say.

“The reality is that the City of London is being hit hard by the loss of trade and talent to our competitors because of Brexit.

“Ministers seem to have developed selective amnesia when it comes to one of the root causes of our problems. Brexit can’t be airbrushed out of history or the consequences wished away.

“We need greater alignment with our European neighbours. That includes having a pragmatic debate about the benefits of being a part of the customs union and the single market.”

Nicholas Lyons, the Lord Mayor of London, will warn that the capital is “one of the most unequal places in the country” and “needs levelling up as much as anywhere else in the UK”.

He will say: “For too long, London has been cast as the villain in our national story: sucking the life and wealth out of regions like an evil fairy godmother on a quest for eternal beauty.

“Those of us working in London government must continue to speak out for what our capital needs, to ensure ‘levelling up’ doesn’t leave London behind and to create the conditions that will allow the City to drive investment and growth for the whole UK.

“If we get this right, we can create a stronger, fairer capital within a more prosperous, more equal UK.”