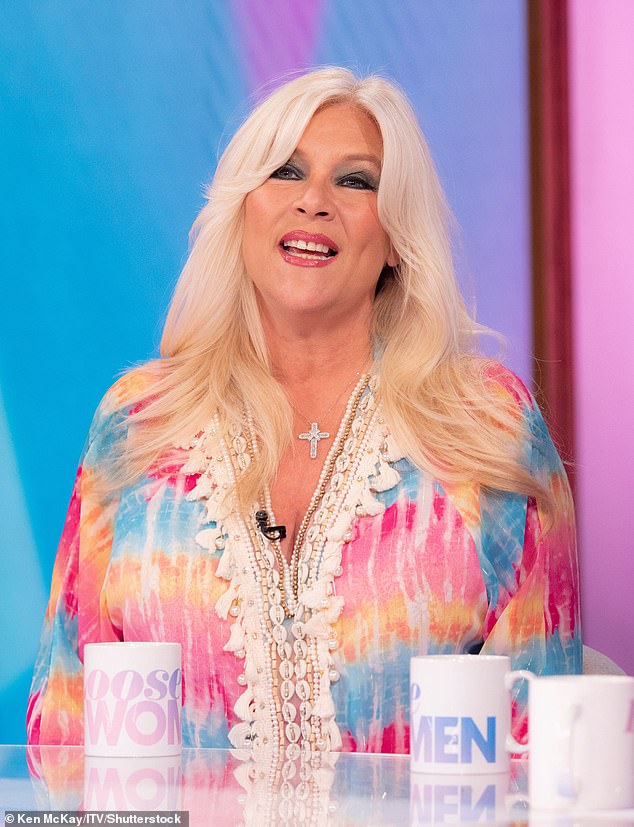 Sam Fox says a ‘weight has been lifted’ after she was given the all-clear after her cancer scare.

The singer, 56, discovered a lump in her throat and underwent surgery last month to remove a 10mm growth between her vocal cords.

Former glamour model Sam faced an antagonising wait but was told the lump was benign by doctors, much to her relief.

Difficult times: Sam Fox, 56, says a ‘weight has been lifted’ after she was given the all-clear after her cancer scare (pictured last month)

The star was so worried about the lump that she contemplated life after death, reassuring herself she would be able to see her late loved ones after she died if the lump had been cancerous and incurable.

She told The Sun: ‘I really cried a lot. I’m such a positive person but it’s hard when you’ve got something like that hanging over you. I was very fearful.’

Sam’s her ex-fiancée and manager Myra Stratton died from cancer in August 2015 and she said her situation brought back lots of difficult memories. 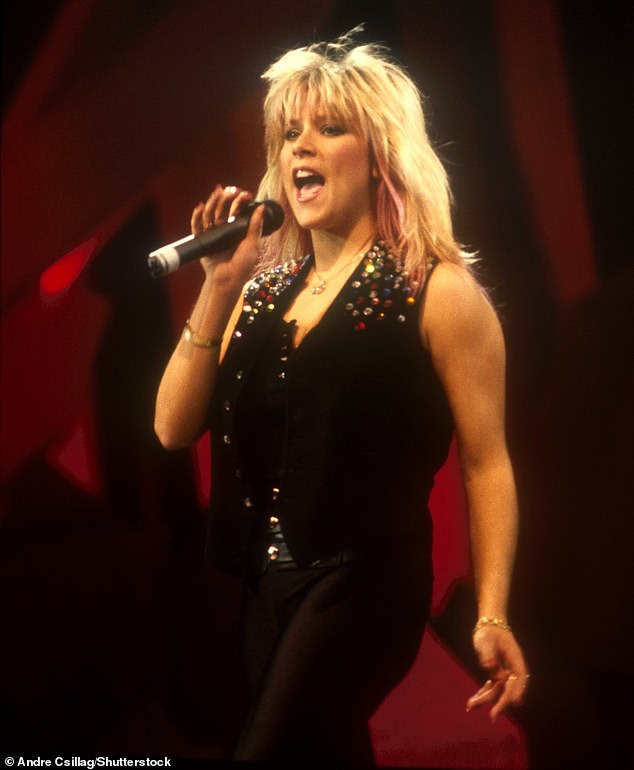 Treatment: The singer broke down into tears after making the discovery and underwent surgery last month to remove a 10mm growth between her vocal cords (pictured in 1989)

She said: ‘I watched her waste away and saw the amount of drugs she was on.

‘That was seven years ago, but when I was waiting for my results it felt like yesterday. All of the memories came flooding back.’

Sam said her mother, who beat breast cancer in the past, reminded her not to think of the worst possible scenario.

The star, who married mother-of-two and tour manager Linda Olsen last month, said she had an ‘incredible feeling of relief’ when the doctor gave her the all-clear.

Sam went to see a Harley Street specialist after suffering problems with her singing voice. 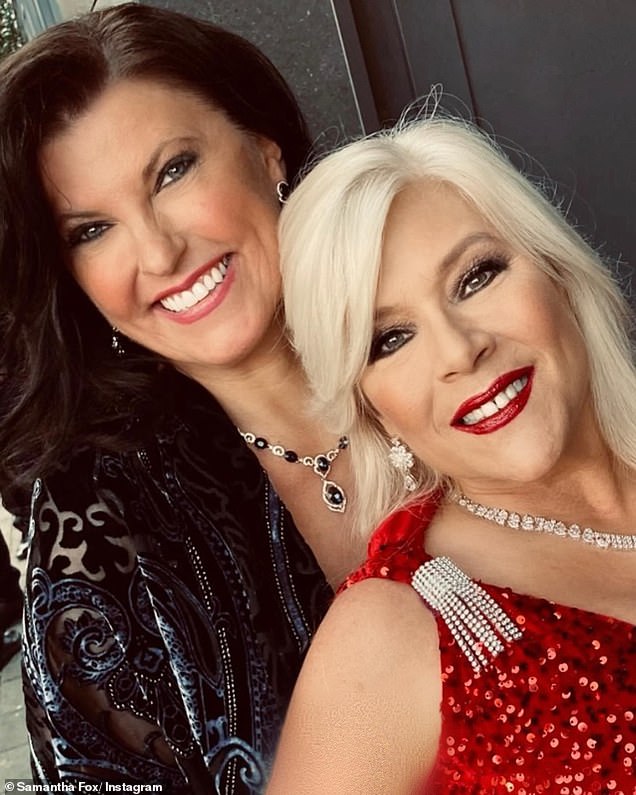 Happy news: Sam has spoken of her relief at having the all-clear from cancer after she married Linda Olsen last month

Last month, she told The Sun: ‘When I saw the growth on the screen, I thought, “Oh God, that’s not normal.”

‘It looked very big. You think about throat cancer straight away.

‘The doctor said, “We have to get that out as soon as possible. It might be nothing, but it might not be.”‘

Her operation had been brought forward after there was a cancellation due to another person suffering Covid.

She was being taken into theatre for her operation four days after she was told of the cancellation.

Sam said she begged the doctor to tell her if it was cancer as soon as she came round from the operation.

The medic said the area behind the growth was ‘very clean’ but she still had a nerve-racking wait until she got the official results.

After the operation, Sam had to take medication regularly to keep her throat free of acid and she was on a nebuliser six times a day.

She and her wife stayed on a farm as she recovered from the operation, with the pair going for countryside walks and having barbecues as they waited for a call from the doctor to confirm if the lump was cancerous or not.

And Sam says she is delighted to not have to worry anymore, saying she can now sleep through the night after being she was told she was cancer-free.

With her voice recovering, Sam, who has sold 30million records worldwide, is already making plans to return to the stage.

She has lined up gigs in Norway in September, then Mexico and France, with the star saying she’s making a new album for release next year. 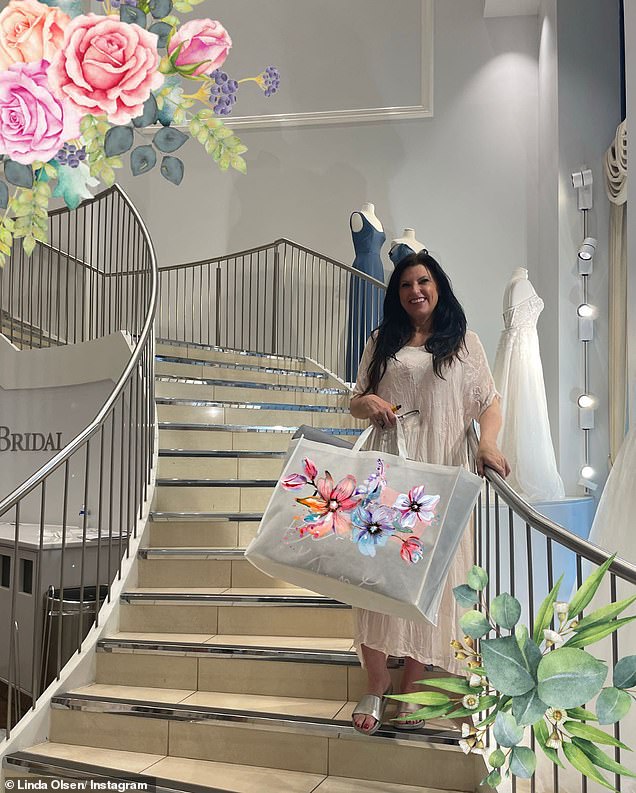 Yes to the dress: Norwegian mother-of-two Linda shared her excitement at finding her wedding dress ahead of their wedding

Can’t wait: Linda was overjoyed at finding her dream dress as she thanked her mother-in-law Carole Fox and son Adam Olsen for helping her to choose the gown last month

Sam and her fiancée Linda tied the knot in a lavish ceremony in Epping Forest, Essex last month after announcing their engagement in March 2020.

The former Page 3 model walked down the aisle with her long-term partner Linda in after they were forced to postpone their 2020 wedding due to the Covid-19 pandemic.

Sam looked incredible in a strapless white bridal gown as she sheltered under umbrellas while arriving at the ceremony with members of her wedding party.

Her stunning wedding dress featured a sparkling sequinned bodice and a long draping train, while she also opted for a dramatic veil which billowed out behind her as she walked.

She arrived at the lavish ceremony in a white taxi decorated with pink ribbons and a stunning blush heart-shaped floral arrangement on the bonnet, while the number plate read ‘Sam and Linda are getting married, 18th June 2022’.

Last month, Linda shared her excitement at finding her wedding dress, sharing a snap of herself in David’s bridal in Stratford alongside the caption: ‘Our big day is getting closer’.

While a representative of Sam confirmed to MailOnline: ‘Wedding nuptials are on the cards – Sam and Linda are looking forward to a glorious day’.

Sam and Linda’s engagement was announced in March 2020, with a source telling The Sun at the time: ‘Sam and Linda are so happy together and want to spend the rest of their lives together. They’re so in love and want to make it official.’ 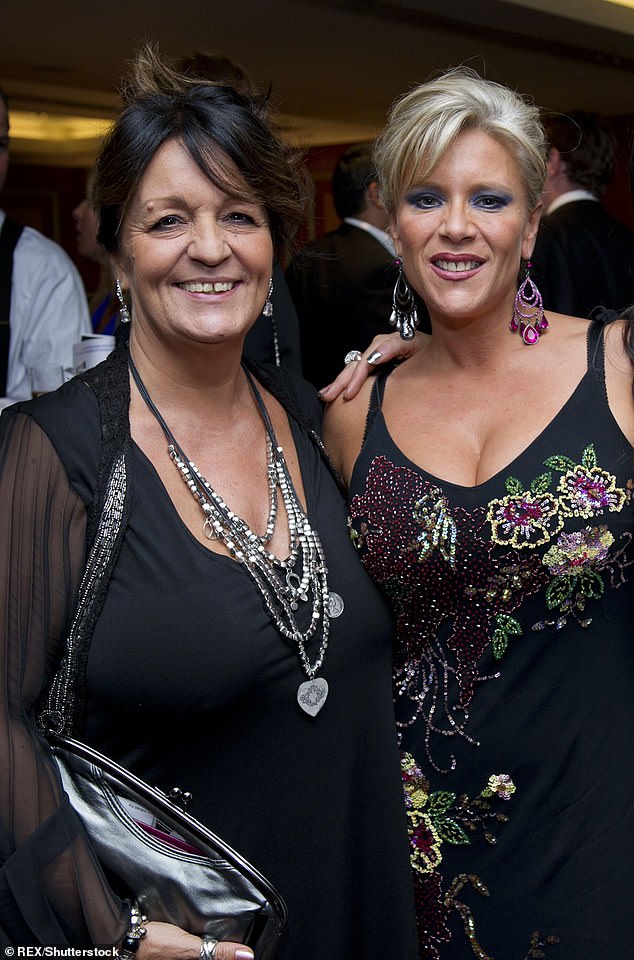 Tragic loss: Sam started a relationship with Linda in 2016, and previously said she was in a ‘really good place’ after her partner of 12 years, Myra (pictured)  died in 2015 from cancer