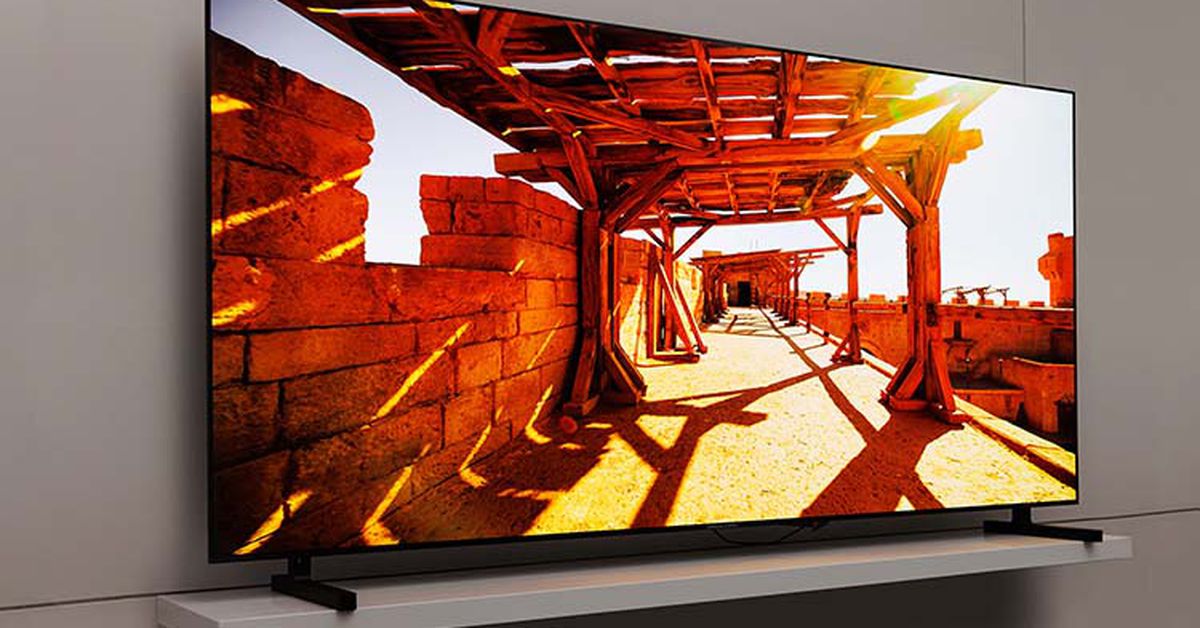 Although Samsung is yet to officially reveal its lineup of QD-OLED TVs for the year, its display division has just teased a couple of key specs: a maximum peak brightness of 2,000 nits, and an increase in power efficiency of up to 25 percent.

2,000 nits of peak brightness is around double what Samsung’s debut QD-OLED TV, the S95B, was able to put out last year. It also appears to be higher than the 1,800 nits that an LG spokesperson told FlatPanelsHD that its 2023 G3 model should be able to reach (although LG’s TV may go higher depending on exact picture settings).

Although peak brightness isn’t the be-all-and-end-all of picture quality, brighter screens tend to produce better HDR with more impact and vibrancy. And if they’re able to sustain this brightness over a large portion of the screen, it could also make Samsung’s new TVs more viable for use in bright rooms, where dimmer OLED models can suffer from excessive reflections and generally poor visibility. A peak brightness of 2,000 nits would put Samsung Display’s new QD-OLED panels in the same ballpark as a bright Mini LED TV like Hisense’s U8H.

Samsung Display says it’s been able to push the brightness of its Quantum Dot OLED (aka QD-OLED) panels further this year thanks to a combination of a new brightness optimization algorithm and a new material. The company’s press release says the IntelliSense AI algorithm “collects information on each pixel in real-time and uses it to precisely control light” while the HyperEfficient EL material makes the TV’s blue emitting layer more efficient and hence brighter and clearer.

In addition to being brighter, Samsung Display’s QD-OLED panels are now available in a wider variety of sizes. There are the 34-, 55-, and 65-inch panel sizes that we saw appear in last year’s monitors and TVs, but this year they’re joined by a larger 77-inch TV panel that was initially teased in September. There’s also an ultrawide 49-inch QD-OLED panel that’s set to appear in Samsung’s new Odyssey G95SC monitor.

There’s no word on pricing, availability, or even the model numbers of the TVs that these panels are expected to appear in. But if Samsung’s 2,000 nit promise is reflective of the real-world brightness of its latest TVs, then 2023 may see one of the key issues that have plagued OLED TVs for years finally addressed.