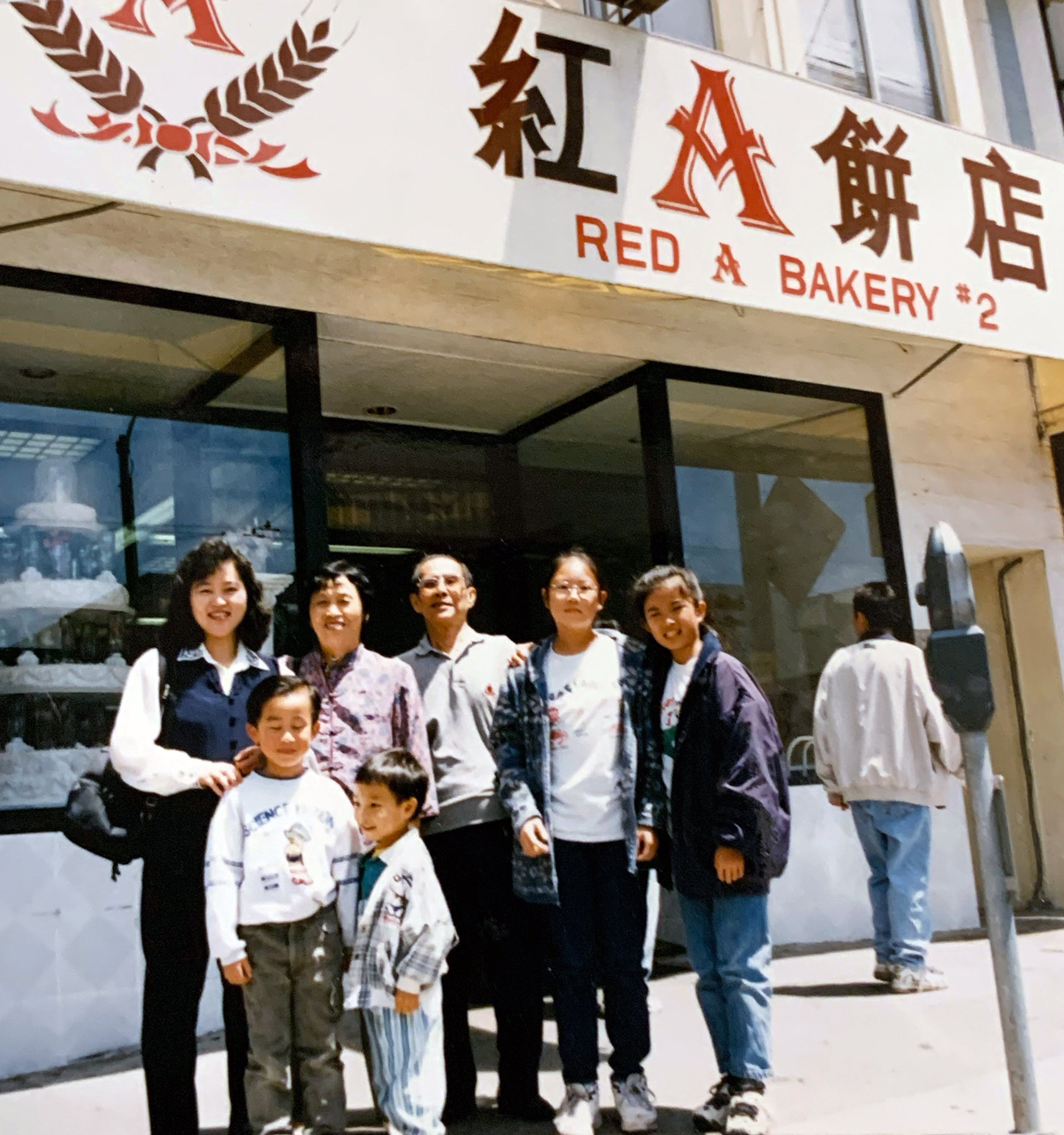 Red A Bakery, a cherished restaurant and pastry shop at 634 Clement St. in the Inner Richmond, is closing after 31 years of business. The last day of service is set for sometime in mid-August.

The multifaceted eatery, known for Chinese pastries like egg tarts as well as Hawaiian barbecue staples such as spam musubi, is a quintessential story of immigrants moving to the United States and sharing their expertise in food with the community.

Both originally from Zhaoqing, a city in the Guangdong Province, China, partners Guo “Lam” Yu, 62, and Li “Hong” Chen, 58, immigrated to San Francisco in 1984.

“My dad immigrated here first with no money. He worked a series of blue collar jobs and saved enough to sponsor my mom to come here,” Eric Yu, son of Yu and Chen, told SFGATE via email. “Red A Bakery is an American dream story.”

After saving enough money from Yu’s blue collar jobs and from Chen’s work as a seamstress, they started making pastries out of a small shop in Oakland, where they would wholesale the goods to local businesses. Yu, a master cake patissier, composed light and soft cakes with sponge-like centers and airy, semi-sweet creams that were most popular in vanilla, mocha and chocolate. Chen was the lead operator of all things baked, such as pineapple buns, which were beloved by local old-timers and construction workers who would pair them with a piping hot cup of Hong Kong-style milk tea in the morning.

After a few years, they rented out a section of a Chinese delicatessen in San Francisco’s Chinatown, where they shifted to a direct-to-consumer business model. After saving enough money, they were able to open their first brick-and-mortar in the Inner Sunset, and then three additional stores in the Inner Richmond, the Mission and Chinatown, two of which have since closed. The couple’s lone remaining outpost on Clement Street, the second of their expansion, opened in 1991.

If you have ever walked down Clement Street, you’ve likely noticed the electronic sign that reads “Hawaiian Style B.B.Q.” hanging above the Red A Bakery awning. In 2002, the couple was able to buy a turnkey Hawaiian barbecue restaurant in Vallejo. Eventually, they consolidated the two businesses at the Clement Street location.

It also became a family affair, as is common with many immigrant businesses. Eric recalls he and his sister would earn allowance money by working there as young kids.

“My older sister and I practically grew up there,” he said. “From 5th grade through high school, we would go there after class and operate the cash register and do homework whenever there was a lull in customer traffic.”

For a few months, when Eric was 13, he even took over making the cakes while his father was in the hospital for an extended period of time. He had learned by watching his dad, who also let him experiment in the kitchen.

“They’ve worked, in my opinion, long enough for two lifetimes,” Eric said. “In the past, they worked seven days a week from 6 a.m. to 8 p.m. It wasn’t until 2019 that they decided to take Tuesdays off.”

Upon retiring, the duo plan to travel more, and Yu, a tai chi aficionado, plans to spend more time in Golden Gate Park exercising with his friends. But the real catalyst for their retirement was the birth of their grandson, Eric’s 16-month-old baby, whom they want to spend more time with.

“For the past 34 years, being owners and operators of a small business was not only tough on their bodies, but kept them tethered to their work,” Eric said in an email. “Seeing as how they are still relatively spry and mobile, they don’t want to miss out on the opportunity to chase their grandson around.”

Dating in rural Ireland: ‘Farmers have to cancel dates because they’ve got…

Can fashion subscriptions change the way we shop for clothes?