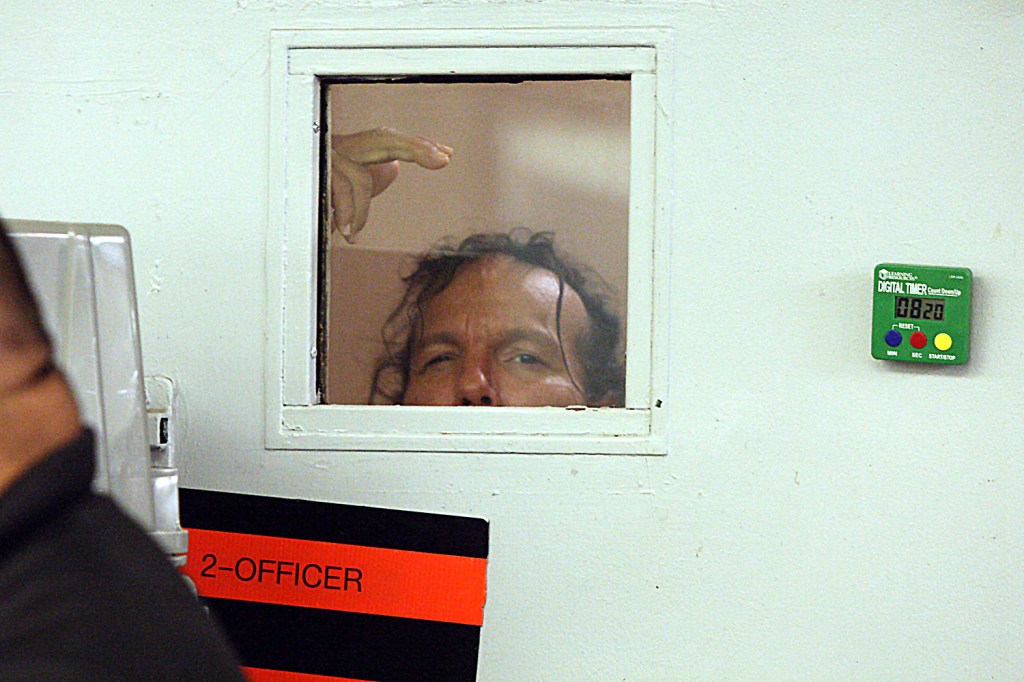 Statewide, jails on April 6, 2020, began whittling down their inmate populations after the Judicial Council of California issued a series of public health and safety emergency orders in response to the widespread outbreak — including an emergency bail schedule that became effective April 13 of that year. In response, local court systems required jails to set bail for all misdemeanor and felony offenses at $0, with several exceptions for crimes such as serious or violent felonies. In order to clarify that inmates were not being held without bail, jail records show the bail amount as $0.01, birthing the shorthand “penny bail.”

Unlike many lingering COVID-19 emergency orders, the Judicial Council emergency bail order quickly was repealed statewide, effective June 20, 2020. Santa Cruz County, similar to many counties across the state, however, has maintained the practice for more than two years.

“Every court has the control over their own bail schedule,” said Alex Calvo, court executive officer for Santa Cruz County Superior Court. “We, like many courts in the state, continue to operate with what’s called the emergency zero-dollar bail schedule that we feel that this is the right time to resume going back to the previous system.”

Calvo expanded on what he said constitutes the “right time” to re-institute traditional bail rates. He said the joint decision by the court system’s judges looked at factors such as jail population and prevalence of COVID-19 in the jails, as well as a general drive toward resumption of normal operations, court-systemwide. Calvo said judges have become more comfortable in allowing an increasing population at downtown Santa Cruz’s Main Jail, which dropped from an average 120% population capacity to a low of 57% in April 2020 with the nearly immediate release of 67 inmates and has since risen, dipping only to 67% during several months in the past two years. The Main Jail has come up to an average of 85% full in the past year, compared to about 88% in 2021, according to the Sheriff’s Office reports.

In part, the forced inmate reduction allowed corrections officials to space out inmates, isolate new arrivals and quarantine those testing positive with COVID-19. Asked how the jail system will continue to manage that effort with a larger population, Sheriff’s Office spokesperson Ashley Keehn said the response will be dictated by the number of infected inmates.

“We have worked closely with Public Health and our contracted medical services provider, Wellpath, to do our best to contain an outbreak,” Keehn wrote in an email to the Sentinel. “Our staff has worked with our partners on plans to manage an outbreak should the need arise.”

According to a monthly statistics report posted to its website by the Santa Cruz County Sheriff’s Office, the jail population at four facilities reached nearly 66% of its maximum capacity in June, the same number as the overall average during the past 12 months. Those statistics, however, are skewed by the regularly vacant Blaine Street facility, which is rated for a 32-inmate capacity, and an underpopulated Blaine Street facility, which has averaged 22% of capacity in the past year.

The Santa Cruz County Sheriff’s Office expects to see an inmate population increase after Aug. 1 and is “prepared to manage that,” Keehn said.

“We are currently under capacity and will be working closely with our partners, such as Probation Pretrial Services and the Courts as we did pre-COVID,” Keehn wrote in an email to the Sentinel.

“Courts and counties were provided funds to expand those assessments of people who are booked in jail, to determine if they can be released safely with conditions, or if they need to remain in custody at that point,” Calvo said.

“I hope the system doesn’t revert back to where it was three years ago,” Giraldo said. “We hope we learned something from the pandemic, that you can safely release people from jail, or they don’t even need to go to jail, for certain misdemeanor offenses.”

Separately, the new Santa Cruz County Public Defender’s Office has scheduled the launch of a new pilot program for Aug. 1. The idea behind the new “early representation” program is to send Public Defender staff into the jails shortly after inmates’ arrests and before their first court appearance, to determine eligibility for indigent services. Using the office’s new “holistic defense” intake model, new clients will be assessed for needs ranging from working to prepare bail review hearing mitigation packages and outreach to family members to grabbing inmates’ dogs that ended up at the local shelter and ensuring the jail understands the inmates’ medical needs, according to Public Defender Heather Rogers.

“For those of us that are actually there, the jail is still full,” Rogers said. “I wish it were one of these things where advocates walked in and it was, ‘No one, nothing to do here.’ But the truth is, is that there’s going to be more than we can do, even with three advocates.”

“All of the reforms are being rolled back and I have a feeling that, sadly, this population is just going to need us more than ever,” Rogers added. “The day that we launch this pilot, I have no doubt that there will be plenty of clients to serve in the county jail who are wondering what’s going to happen next.”

Why is there a pilot shortage? It wasn’t just the COVID-19 pandemic

Mercedes S-Class: The €160,000 dilemma posed by this powerful, super-luxury saloon