Sarkisian has ‘good idea’ of who starting QB will be 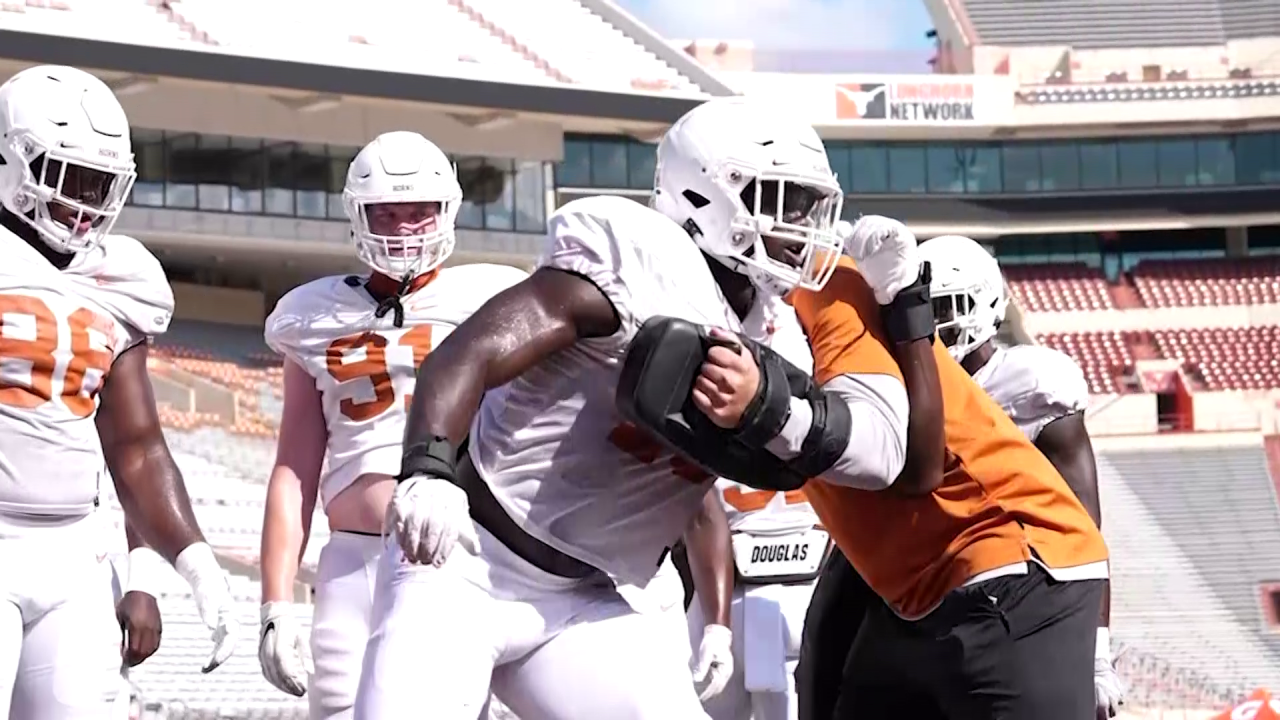 AUSTIN (KXAN) — As fall camp trudges on for the Texas Longhorns and another full-contact scrimmage is on the horizon, head coach Steve Sarkisian said something has changed with this year’s team compared to last year.

“I think that our effort has drastically improved defensively,” Sarkisian said. “We are taking a lot of pride in playing with fanatical effort on defense. Our coaches have done a really nice job of emphasizing it, and I think the players are taking pride in it and we’re celebrating it in the meetings. We’re talking effort every day.”

Sarkisian specifically said he likes how the defense has been pursuing the ball and having multiple guys around the ball get the carrier to the ground. It’s simple, having more defensive players around an offensive player increases the chances of taking down the offensive player, especially in the case of a dreaded missed tackle.

Texas’ defense, by just about every metric last year, wasn’t good. The Longhorns allowed 31.1 points per game last year, 99th in the country just ahead of Hawaii, and they allowed opponents to convert third down nearly 42% of the time. That ranked 101st in college football. A big part of why good defensive teams are that way is because if someone misses a tackle, there’s a guy or two nearby who can finish the job.

“You have to make sure you have more and more hats around that ball,” Sarkisian said. “When missed tackles have occurred, it feels like we’ve got more white hats around the ball.”

MORE THAN THE SCORE: If you want to stay up to date on sports stories like these, sign up for our More than the Score sports newsletter at kxan.com/newsletters

As far as figuring out who the next starting quarterback is going to be, Sarkisian said he “has a pretty good idea,” but wants to see more.

“I want to give these guys an opportunity to compete, so that’s what we’ll do,” he said.

The entire process of figuring out a starter, from the moment Quinn Ewers transferred into the program in the spring to join Hudson Card, has been just that — a process — and Sarkisian wants it to play out as long as he can.

“We really try to put our players in the best position to be successful,” he said, “but quarterback is the easiest one to see. When they play, you try to put them in a position to do the things they do well, while working on the things they need to improve upon and repping that until they feel comfortable with it.”

He said Thursday’s practice was “really good,” and he was also pleased with the practices Monday and Tuesday following the team’s first scrimmage Aug. 13. Guys being “nicked up,” is a bit of an issue right now, but Sarkisian said no one is 100% right now “because that’s the way camp is.” They’ve got some guys coming back that should be ready for Saturday’s scrimmage and even more next week with about two weeks left until game time.

Denial of responsibility! planetcirculate is an automatic aggregator around the global media. All the content are available free on Internet. We have just arranged it in one platform for educational purpose only. In each content, the hyperlink to the primary source is specified. All trademarks belong to their rightful owners, all materials to their authors. If you are the owner of the content and do not want us to publish your materials on our website, please contact us by email – [email protected]lanetcirculate.com. The content will be deleted within 24 hours.