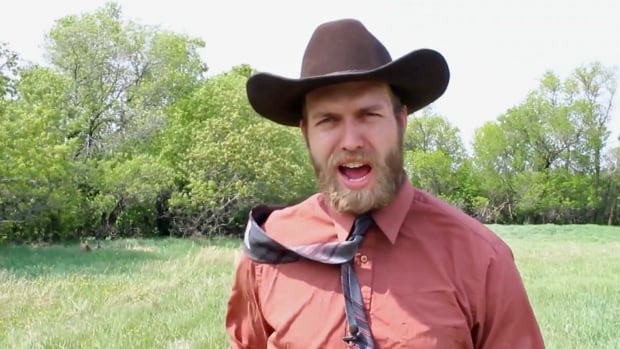 It took a jury in southeast Saskatchewan about an hour on Wednesday to decide the former leader of the now-defunct Canadian Nationalist Party was guilty of hate speech against Jewish people.

The charge and subsequent jury trial at Court of King’s Bench in Estevan, Sask. — roughly 200 kilometres southeast of Regina — came after RCMP investigated an online video featuring Travis Patron in 2019. Patron was later charged with wilfully promoting hatred to an identifiable group in February 2021.

The video shows Patron, who is from Redvers, Sask., denouncing what he described as “the parasitic tribe” or “black sheep,” who he claimed control the media and Canada’s central bank.

“What we need to do, perhaps more than anything, is remove these people once and for all from our country,” Patron said, speaking directly to the camera.

Crown prosecutor Ryan Snyder said the video evidence spoke for itself in this trial.

He said having a Jewish woman from Ontario — who was among the first people to alert police to the video — testify also likely made a difference.

“You start out with what looks like a victimless crime. It’s hate speech on the internet — where’s the victim? And yet we heard from a complainant during the course of this trial who really brought home the fact that words do matter,” Snyder told CBC News after court adjourned on Wednesday.

“Her visceral reaction to the wild words that Mr. Patron put on the internet — that was a good reminder to me that hate speech has a victim and that it has a real impact on people.”

The trial began last Monday. Snyder said court also heard from three other Crown witnesses: an RCMP criminal analyst who gathered the video evidence, a Mountie from Carlyle, Sask., who helped identify Patron in the video, and a Jewish history professor from Harvard University who broke down the meaning behind what was said in it.

WATCH | The leader of the Canadian Anti-Hate Network explains why he asked the RCMP to investigate Travis Patron’s political message:

Patron, who acted as his own defence counsel, remains in custody until he’s due back at Estevan’s Court of King’s Bench for sentencing on Oct. 20.

The Crown is seeking a one-year jail sentence — roughly half of which he’s already served in remand.

Earlier this year, another jury found Patron guilty of assaulting two women in Regina in November 2019.

In August, he was sentenced to 18 months in jail. However, because he received 1.5 days of time served credit for each of the 390 days he spent in custody, the sentence was considered served.

The Canadian Nationalist Party, which Patron founded and led into the 2019 federal election, folded at the end of March 2022.