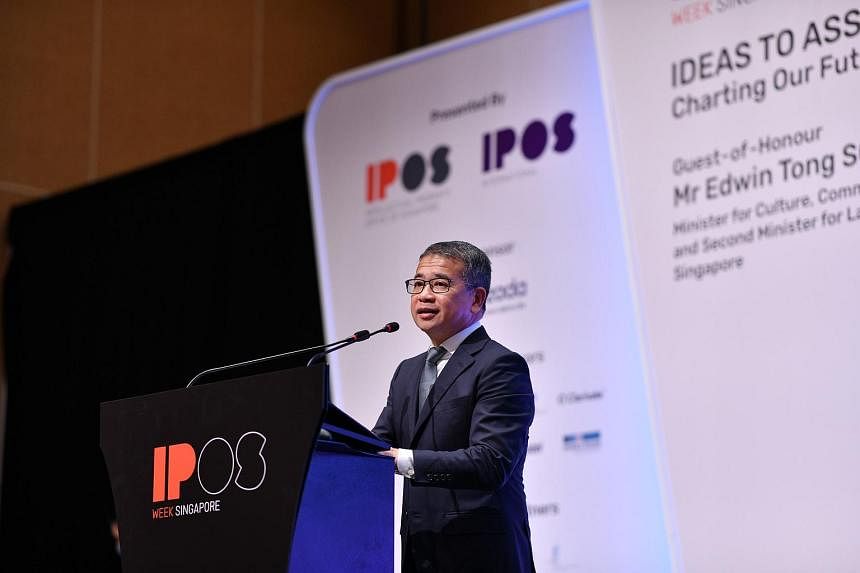 SINGAPORE- Start-ups are a rich source of innovation, but they may lack the expertise to identify and effectively use the intellectual property (IP) of their inventions.

But those in Singapore can now receive support to better manage their IP, under a new initiative by the Intellectual Property Office of Singapore (Ipos).

“The IP Start programme will support start-ups by way of curated resources, practical advice and hands-on guidance, shared exclusively through their accelerators and incubators,” said Second Minister for Law Edwin Tong on Tuesday.

The scheme is among three new initiatives to develop Singapore’s IP ecosystem and support innovation announced by Mr Tong during the annual IP Week at Sands Expo and Convention Centre.

The two-day event, which began on Tuesday, features panel discussions on IP-related topics and emerging technologies such as the metaverse.

The other two initiatives unveiled by Mr Tong are an online guide to help enterprises better manage their trade secrets, and a joint initiative between Ipos and the World Intellectual Property Organisation (Wipo) to help students in tertiary institutions intending to patent their inventions.

Mr Tong noted that IP activity reached record highs both locally and globally last year, even in the midst of an ongoing pandemic.

There were 277,500 international patent applications last year, with 54.1 per cent of them coming from Asia, according to a Wipo statement in February.

Ipos also received record highs in the number of patent and trademark filings last year, at 14,590 and 58,898 applications respectively.

Mr Tong said an IP ecosystem supports and facilitates innovation, and goes beyond “keeping others out”.

Not only does it protect inventions from being simply copied by others, it can also drive collaborative research and development, he added.

“Businesses that are IP-rich but cash-poor can also use their IP not just to exclude others, but as leverage to help obtain support and financing,” he said.

“That same leverage can be used by businesses to enter cross-licensing deals with some of their competitors, and go further together by sharing complementary technologies.”

Mr Tong highlighted the concept of licensing, which encourages inventors to disseminate their innovations and receive royalties instead of keeping the technology to themselves.

He noted that worldwide receipts for IP royalties and licensing fees totalled US$444 billion ($623 billion) last year, an increase from U$237 billion in 2010.