Scientists create cyborg cockroaches whose movements they can control 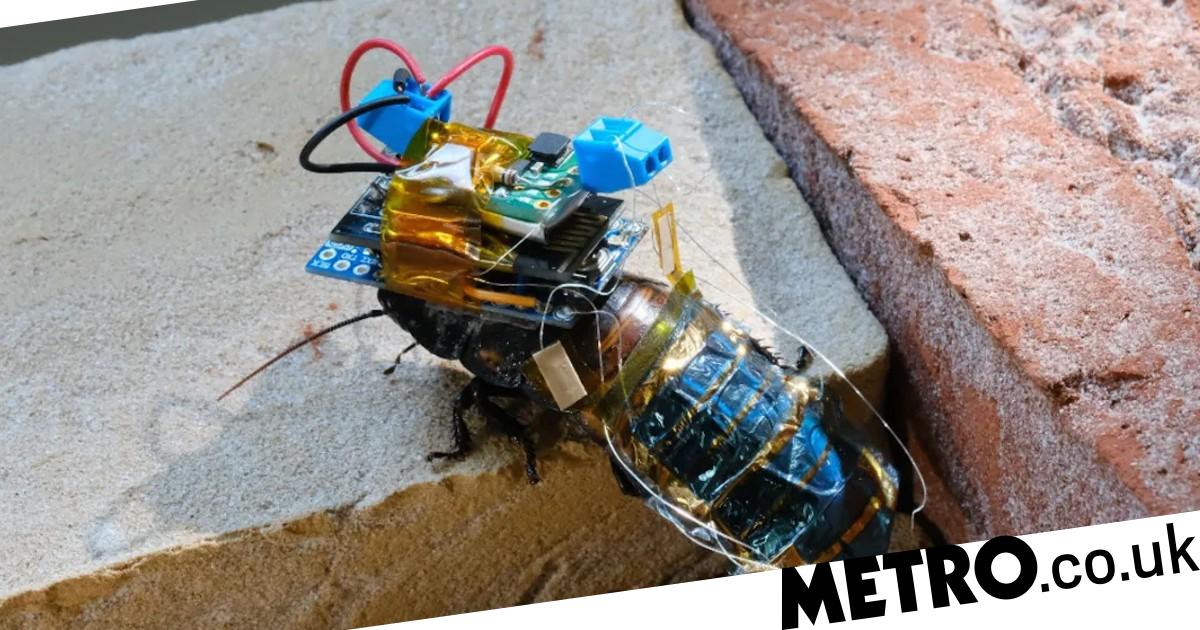 If cockroaches make you queasy, you might not be a fan of these cyborg ones that scientists have developed.

Scientists have managed to create insect cyborgs out of Madagascar hissing cockroaches that could one day be used in urban search and rescue missions after a natural disaster.

In a new study, published on Monday in the journal npj Flexible Electronics, an international team of researchers revealed it has engineered a system to remotely control the legs of cockroaches from afar.

Using body-mounted energy-harvesting devices, scientists were able to control the range of activity and functionality of the cyborg insects.

The system consists of a cockroach backpack wired into the creature’s nervous system, with a power output about 50 times higher than previous devices.

It’s built using an ultrathin and flexible solar cell that doesn’t hinder the roach’s movement. Pressing a button sends a shock to the backpack that tricks the roach into moving in a certain direction.

Previous studies have shown that electrical impulses can stimulate the roach into moving in a certain direction, allowing researchers to essentially ‘control’ them.

The problem was figuring out a way to power the backpack as batteries would eventually run out and you could not control the insect anymore.

The team at Riken managed to create a solar-powered and rechargeable battery that could be attached to the cockroach’s body.

They had to use an electronic film about 17 times thinner than a human hair so that it would stick to the roach’s abdomen without limiting its degree of movement.

What is a cyborg?

A cyborg — a portmanteau of cybernetic and organism — is a being with both organic and biomechatronic body parts.

In a series of experiments, the team demonstrated how the system could steer the roach wirelessly.

‘The current system only has a wireless locomotion control system, so it’s not enough to prepare an application such as urban rescue,’ said Kenjiro Fukuda, an expert in flexible electronics at Japan’s Riken.

‘By integrating other required devices such as sensors and cameras, we can use our cyborg insects for such purposes,’

The design of the ultrathin solar cell could be applied to other insects, potentially creating a flying army of beetles or cicadas controlled by humans. Not creepy at all.

Finally, the question arises about whether controlling the insects would cause them pain but Fukuda clarified that ‘according to research related to insects, cockroaches do not experience pain’.

This is not the first time scientists have tried to create cockroach cyborgs. Back in 2012, researchers at North Carolina State University were able to remotely control Madagascar hissing cockroaches with wireless backpacks to walk along a track.


MORE : Dog food made of insects is the buzz for sustainable pet owners

Chelsea: Edouard Mendy ‘REJECTS new contract because he was offered less than Kepa’