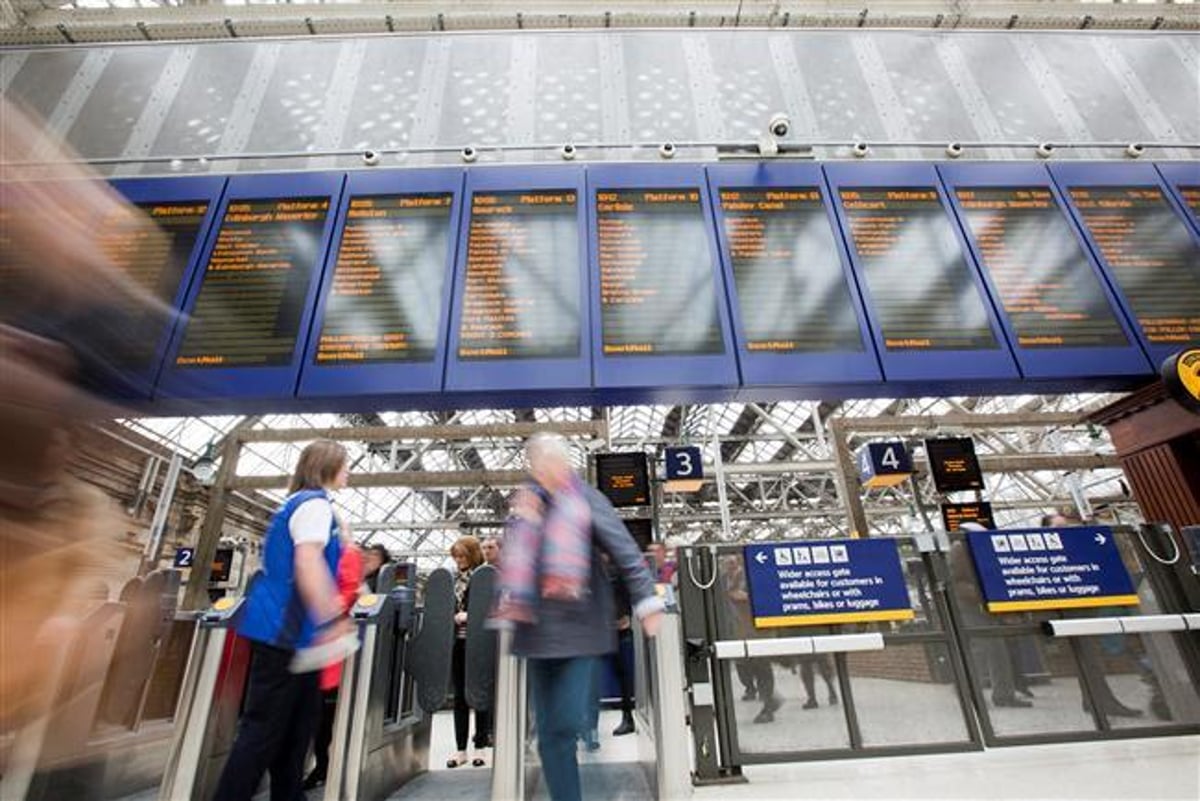 Scottish transport minister Jenny Gilruth has again written to Mr Shapps demanding action ahead of the latest stoppage by signallers and other Network Rail staff.

A strike planned for Wednesday will mean fewer than a tenth of ScotRail services will be able to run – with disruption also expected on Tuesday evening and on Thursday morning.

Ahead of this, Ms Gilruth has written to the UK transport secretary, telling him: “I once again urge you to instruct Network Rail to engage in constructive negotiations with the trade unions to reach a resolution.”

She added: “Resolution for staff and passengers is possible, but it will require both political willing and focus.”

However, with the Tories going through a leadership contest to find a successor to Boris Johnson, Ms Gilruth claimed “the UK Government continues to appear to be distracted rather than focusing on resolving this dispute as quickly as possible for the benefit of rail users, staff and taxpayers”.

She spoke out as David Simpson, the service delivery director at ScotRail, said industrial action meant only “around 190” services could run on Wednesday.

The rail operator had only just returned to operating a full timetable last week – a move that meant the number of services had increased to around 2,100 a day.

However, the strike action by the RMT, which is taking place as part of a dispute over pay, means that on Wednesday ScotRail will only be able to run services on five lines in the Central Belt, with no trains at all running after 6:30pm.

Mr Simpson said it was “frustrating” the strike was affecting services so soon after ScotRail had ended its temporary timetable – which had been in place because of a separate pay dispute with drivers, which has now been resolved.

Only a “very small proportion” of services would be able to run, he stated, with only about 9 per cent able to go ahead.

He said this was “very frustrating given how well things have been running since we were able to get back to normal”.

Mr Simpson explained while the dispute was a national one between Network Rail and the RMT, the action would see signallers go out on strike.

Speaking on BBC Scotland’s Good Morning Scotland programme he said: “They are critical to operating the trains, which is why we have to reduce the service to just a handful of routes tomorrow.”

Mr Simpson said: “Tomorrow there will be a service on just five routes across the central belt, and then there will be a later start up to services on Thursday, because of the opening times of the signal boxes.”

While Network Rail are able to use staff not taking part in the strike to man some of the signal boxes, he said there was a “finite number of those individuals available”, with services focused on lines between Edinburgh and Glasgow.

Mr Simpson explained: “Away from the Central Belt, it’s a much more labour intensive activity to staff these locations and that is why we have had to focus services on these routes.”

A similar level of service was provided during the three days of rail strikes in June, with the same service model also likely to be used if further action planned for August 18 and 20 goes ahead.

Mr Simpson said: “We do know that talks are continuing to take place between the RMT and Network Rail, mostly we all hope to see a solution to those for the good of the industry.

“If they are not resolved we can expect a very similar service on those two dates.”