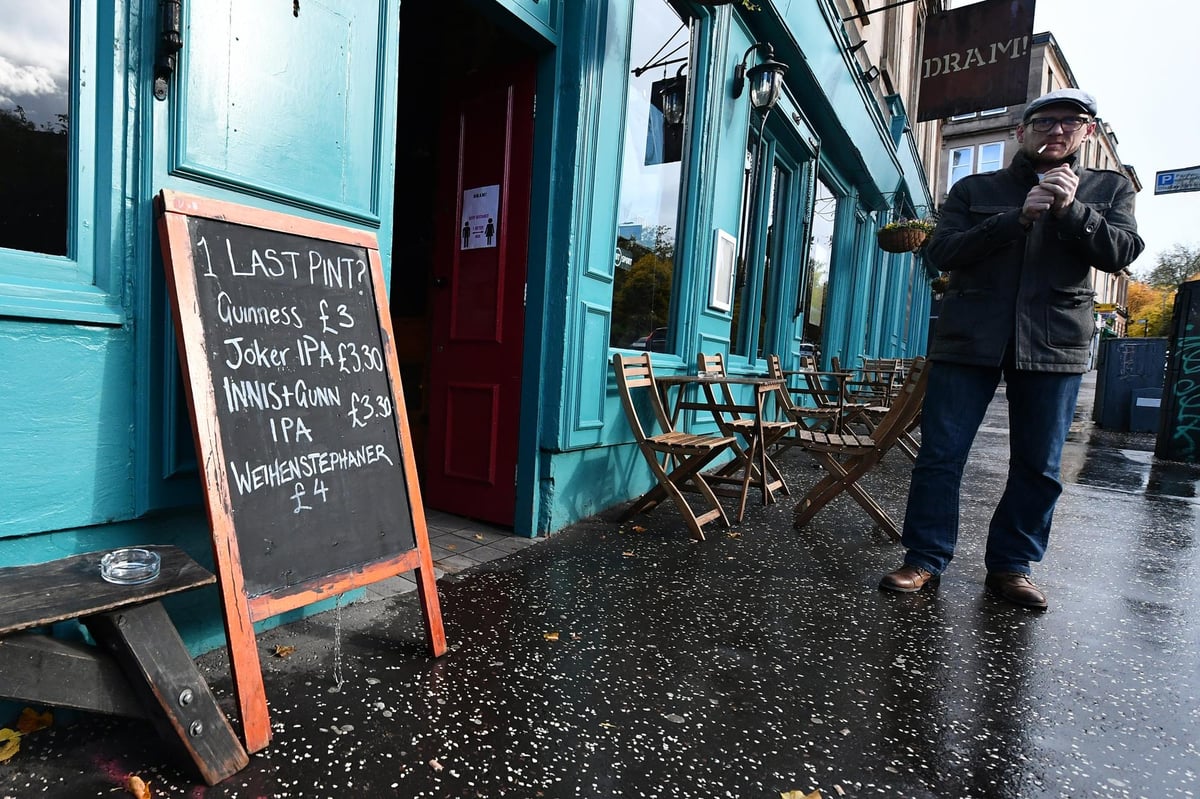 The Office for National Statistics (ONS) confirmed the consumer prices index inflation rose to 9.4 per cent in June, up from 9.1 per cent in May.

This remains the highest level since February 1982 and heaps yet further cost pain on cash-strapped households and businesses.

The Scottish Licensed Trade Association responded by renewing its call for a reduction in the rate of VAT.

A pub sign in Glasgow put up during the Covid pandemic. Picture: John Devlin

Tory leadership contest: Rishi Sunak or Liz Truss to be next prime minister

The UK Government had applied a temporary VAT reduction from 20 per cent to 5 per cent from July 2020 to support businesses during the Covid pandemic, but the standard rate was restored from April 1.

SLTA managing director Colin Wilkinson said: “After enforced closures and restrictions during the pandemic, the spiralling cost-of-living crisis and ongoing staffing issues now having an impact on licensed hospitality and many other sectors, it is crucial that both the UK and Scottish governments listen to our concerns.

“Many businesses no longer open seven days or they open later in the day because of rising energy costs and lack of staff, so a cut in VAT would go a long way to helping them on the road to recovery and provide much-needed support over what will be a very difficult few months.

“It really is no exaggeration to say that the hospitality industry is still very much in recovery mode … they need help and they need it now.”

The British Chambers of Commerce (BCC) said it was vital for the UK Government to demonstrate that “despite political upheaval” it could still manage the economy.

The organisation urged the next prime minister – either contenders Rishi Sunak or Liz Truss – to “get their house in order” and focus on tackling inflation.

Opponents of Boris Johnson have claimed he is leading a “zombie government” at a time of national crisis.

The Tory leadership race will continue throughout the summer, with the Prime Minister remaining in office until his successor is elected.

Chancellor Nadhim Zahawi insisted “we are working alongside the Bank of England to bear down on inflation” and acknowledged the difficulties being caused by rising prices.

BCC director of policy and public affairs Alex Veitch said unless the Government acted with urgency, the chances of a recession would only increase.

“It is vital that Government sends business a clear signal that despite political upheaval, it can still take action on the economy,” he said.

“Beginning a long-promised review of the shortage occupations list to ease the incredibly tight labour market would be a start. The autumn budget must then be the main priority of the new prime minister and chancellor.”.”

The Food and Drink Federation’s chief executive Karen Betts said “bold new policies” were needed from the next prime minister to “create the conditions for investment to boost productivity and competitiveness”.

Foreign Secretary and Tory leadership contender Liz Truss has criticised the Bank’s monetary policy and suggested she would “look again” at its mandate to make sure it is tough enough on inflation.

Bank of England governor Andrew Bailey has suggested a 50 basis percentage point rise in the interest rate – which would take it from 1.25 per cent to 1.75 per cent – will be one of the options on the table as it looks to “act forcefully” on inflation.